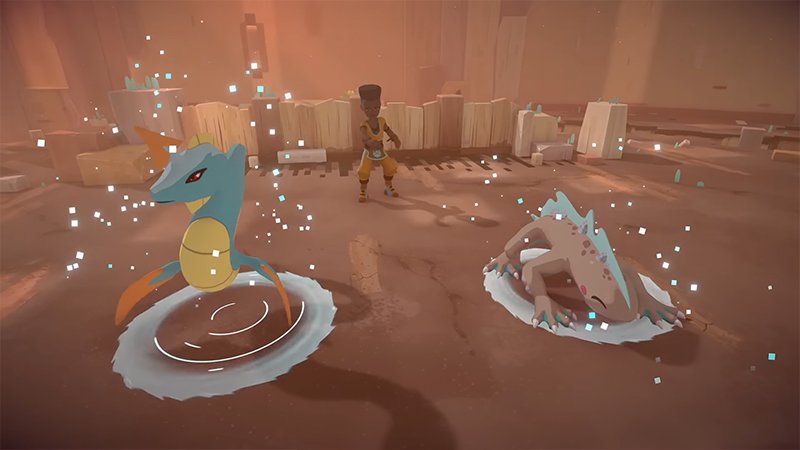 Humble Games and developer Crema have settled on a release date for Temtem, the monster-catching RPG that has been plugging away in early access on Steam for two and a half years. The full game will launch on September 6, with versions for Xbox Series X|S and Nintendo Switch joining the existing PC and PlayStation 5 releases. It will cost $44.99 and also be available physically, which Crema has been unsure of in the past.

The 1.0 release will come with a few new features. There will be seasonal updates along with a battle pass that will have free and premium tiers. Crema is also adding a seventh island called Endgame Island. This fittingly named island will have new activities that will test Temtem tamers, as well as new shops and areas to explore. Crema added that there will be regularly updated weekly quests once the game comes out. A $99.99 collector’s edition will also launch with the 1.0 version. It comes with a six-inch starter statue with Crystle, Smazee, and Houchic; three TemCard replicas of  Gharunder, Kinu, and Shuine; three iron-on patches with Fomu, Oree, and Saipat; and three soft enamel pins with Crystle, Smazee, and Houchic. Keep in mind that this does not include the actual game. The $64.99 digital deluxe edition, which does include the game, will come with an exclusive set of in-game cosmetics, but they have yet to be revealed.

Outside of bringing a Pokémon-style experience to PC and consoles outside of the Nintendo family, Temtem originally grabbed headlines for implementing a two-on-two battle system and adding co-op multiplayer and a massively multiplayer hub world. For those who haven’t explored the Airborne Archipelago as of yet, most things in Game Freak’s massively popular role-playing games have an analog in this indie game. Instead of Team Rocket, players face off against Clan Belsoto. They fight leaders of Dojos instead of Gym, and the moves have different names and come from different monsters.

However, the core of the gameplay of fighting and catching monsters is similar enough to catch the eyes Pokémon fans, but different enough to carve its own path. After selling over 500,000 units in its first month, Temtem has gathered a dedicated early access community that has helped bring the game to its final release later this year. It’s also been a critical success, too, as the game currently has over 26,400 positive reviews on Steam and an average score of 82 on OpenCritic.

Of course, Temtem is but one of several indie games trying to recapture Pikachu’s lightning in a bottle. In the wake of some controversial mainline Pokémon entries, monster-catching RPGs have sprung up across the PC landscape. Some, like Nexomon, wear their inspiration on their sleeve, while others like the popular Bugsnax very loosely use some of the mechanics of Pokémon to explore a new narrative space. Still, Temtem looks to be one of the most widely released of the monster catchers.