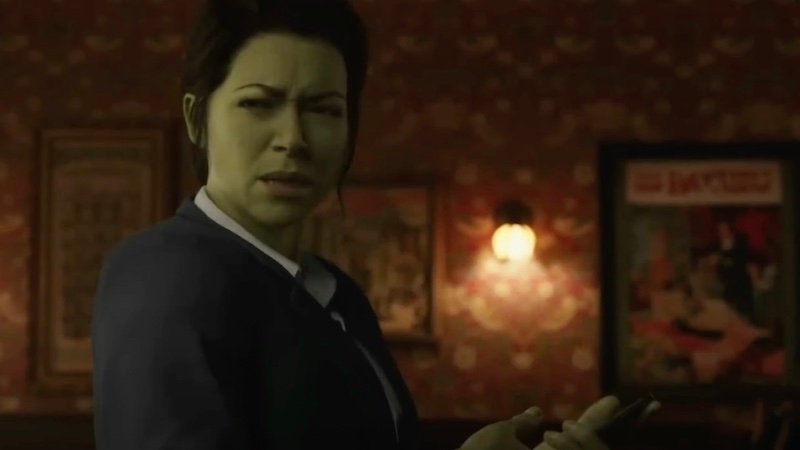 She-Hulk Episode 6 was far from being just a meaningless filler as it teased the upcoming appearance of the Intelligencia.

The latest She-Hulk: Attorney at Law installment focused on Jennifer Walters (Tatiana Maslany) dealing with her duties as a bridesmaid for an old school friend. While she was at the wedding, her trusted friends, Nikki Ramos (Ginger Gonzaga) and Mallory Book (Renée Elise Goldsberry), discovered the existence of an ill-intentioned group called Intelligencia. Alas, the much-anticipated Daredevil cameo didn’t go down this week. Let’s see who are the new characters debuting in the Marvel Cinematic Universe soon.

Who Is the Intelligencia? She-Hulk Episode 6 teased the upcoming arrival of Intelligencia, a group of supervillains. The story does not explain the whys and hows of the Intelligencia, which appeared just as a website for “hateful man babies.” On the website, Nikki and Mallory discover an anti-She-Hulk forum filled with people who resent the superheroine. More than that, many plans to kill She-Hulk are on display. A user called “HulkKing” is working with a lab of scientists to prepare what looks like syringes to extract Jennifer’s blood.

In the comics, Intelligencia plays a primary role in many stories following its debut in 2009’s Fall of the Hulks: Alpha #1. Initially, Samuel Sterns, a.k.a. Leader, assembled the group to collect all the writings of the Library of Alexandria, a well-known intellectual treasure. Many villains answered to Leader’s call. Notoriously, Egghead, the Red Ghost, as well as The Wizard and The Mad Thinker. M.O.D.O.K. joined the band, too. The last member was Doctor Doom, who also accepted the group to set their base in Latveria.

Intelligencia obtained all the missing writings from the Library of Alexandria, but the group disagreed on how to use the acquired knowledge. Things turned ugly after Doctor Doom chose to keep the power for himself and expelled Intelligencia from Latveria. Leader himself hid away after Doom’s betrayal, and the group went close to dismantling. It took a few years, but M.O.D.O.K. continued Leader’s work and even added new members to the group.

RELATED: 5 Takeaways From She-Hulk Episode 5: ‘Mean, Green, and Straight Poured into These Jeans’

She-Hulk teasing Intelligencia implies that some of the above-mentioned villains might play a significant role in the upcoming MCU phases. It has already been confirmed that M.O.D.O.K. will appear in Ant-Man & The Wasp: Quantumania. Who knows, maybe Doctor Doom’s time is close as Avengers: Secret Wars is approaching as well.