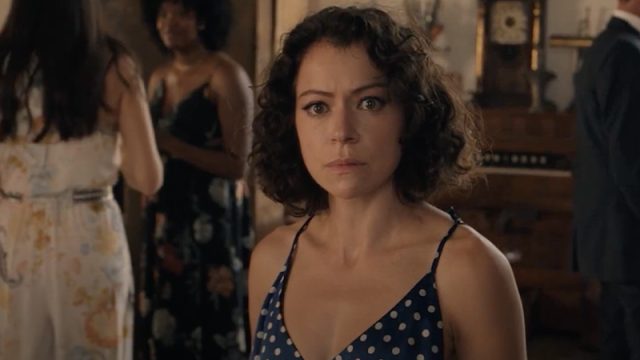 At this point on She-Hulk: Attorney at Law, I’m mostly tuning in because, well, as Forrest Gump once said, “I’ve made it this far. Might as well keep going.” So here I am on Episode 6, titled “Just Jen,” which the synopsis tells us is about Jen dealing with She-Hulk issues at a friend’s wedding. Well, let’s hope for the best and dive right in.

As an aside, the whole recap thing at the beginning of each She-Hulk episode is quite hilarious. Nothing happens on this show that warrants a “Previously On,” because every episode is its own stand-alone thing. From what I’ve read, the showrunners reshuffled the entire season in post-production — the Hulk episodes weren’t supposed to air until midway through the season — and (save for a few minor plot elements) no one seemed to notice, because there’s absolutely no throughline to latch onto.

What Happens in She-Hulk: Attorney at Law Episode 6

Anyway, Episode 6 opens with Jen receiving a wedding invitation from her friend Lulu. Her very loyal assistant Nikki helps her prepare for the outing and is just dying to see her friend’s new supersuit — the one Edna Luke Jacobson made last week. I’m going to be honest and reveal that I had completely forgotten about Luke until this very moment. Not that such details matter.

Moving on, Jen breaks the fourth wall to helpfully inform us this is a self-contained wedding episode, and if we find its placement inconvenient within the entire series, well, that’s just the nature of weddings. Got it?

She-Hulk arrives at the pre-wedding party and all of the bridesmaids note how great her big green ass looks. Lulu scolds Jen for appearing all “hulky” and makes her promise not to arrive at her wedding looking like that. These are tough problems to overcome. (Surprisingly, the CGI effects here look really good.)

Jen also learns she will go through the wedding ceremony alongside someone named Jonathan, who’s literally the best, according to the other women at the party.

Meanwhile, Mallory and Nikki deal with an asshat male who calls himself Mr. Immortal. He wants a divorce from his current wife — “Relationships eventually grow stale,” he says during one of his asshat male tirades. He would just as soon die than talk to his spouse about his feelings. Get it?

Here’s the kicker: Mr. Immortal can’t die. (Nikki scolds him for “mansplaining” the concept of immortality to Mallory too, by the way.) He only pretends to kill himself whenever he grows tired of his spouse – an action Mallory and Nikki completely disapprove of. Eventually, he grows weary of his lawyers’ judgmental attitudes and leaps out the window to prove his point – he’s immortal and can’t die. Interesting.

Meanwhile, Lulu pokes fun at Jen’s dating life, which irks our heroine. Being single sucks, according to Lulu. Then, if that weren’t enough drama to deal with on one show, Titania arrives. Tensions mount. Jen thinks the supervillain fashion diva is there to mess with her brain and starts to lose her cool. Lulu tells her to calm down, “Not everything is about you Jennifer.” Burn.

Jen heads outside and is greeted by a kindly man named Josh. Then the scene ends.

Later, Mallory speaks to Mr. Immortal’s ex-wives and ex-husbands. We learn he has forged fake identities over the years and is lucky his ass is not in jail. Mallory says she’ll help, but that he’s gonna have to pay, which is totally believable lawyer speak.

Back with Jen, she heads to the wedding in an oversized pink dress and is quickly put on iron duty. She has to iron all the men’s shirts, you see? Because they’re too busy playing Mario Kart to offer a hand.

Compounding matters, it turns out Jonathan is actually a dog. Whoa, plot twist!

We jump back to Mallory who proposes all of Mr. Immortal’s former spouses split his fortune eight ways. Naturally, they object as some were married to him much longer than others — one even “had a kid with this fool.”

Meanwhile, Jen gets drunk, which is a running theme on this show: if problems get you down, kids, drink like there’s no tomorrow and hope your superhero powers are enough to get you through the hangover.

Back at the office, Nikki quickly makes everything better with the ex-spouses. She rewards the group with cash and … several moments of intimate eye contact with Mr. Immortal because that’s all any woman wants. This is funny.

Now, Jen is drunk flirting with Josh. At one point, the music swells and she tells her new mate that she just wanted to come to one wedding to show how good she’s doing at life. No, really. She says that.

Josh tells her he thinks she’s pretty great and she runs outside to throw up the horrifying amount of alcohol she consumed (is this show really about an alcoholic in dire need of intervention?). Titania takes the opportunity to punch our plucky gal. A half-assed fight breaks out. Titania convinces Jen to turn into She-Hulk and the two women duke it out during the wedding party until Titania slips on some ice and breaks her veneers. Gah!

Lulu strolls in and everyone braces for the worst, but somehow, she’s excited to see She-Hulk. I assume she’s drunk too. So, thanks to a healthy dose of alcohol and violence, everything worked out.

Mallory and Nikki discuss their super hard case and accidentally stumble onto a website called Intelligencia filled with people who hate this show trolls who want She-Hulk dead. Nikki races to tell Jen since some of the comments include death threats, but Jen is too busy eating fries with Josh to get the message. The camera zooms out and we see scientists in hazmat suits and rubber gloves place a scary-looking needle inside of a metal briefcase. End.

This episode of She-Hulk felt closer in spirit to what our big, green heroine’s showrunners are ultimately striving to achieve — 30 Rock-ish levels of madcap comedy — even if they fall well short of their goal. See, to accomplish such a task you must have A) Tina Fey and B) great writers who know how to create whip-smart satire. In 30 Rock, we actually cared about Liz Lemon; her plights, her dreams. Despite achieving a modicum of success in the television industry, the character’s work problems often seeped into her personal life and made happiness, love, and even motherhood more difficult to attain. 30 Rock also clapped back at the establishment, and poked fun at our largely male-driven society, albeit in a manner that was thoughtful, insightful, and extremely funny. God, I miss that show. (For a similar-styled comedy that also contains a healthy dose of Tina Fey, go check out Hulu’s terrific Only Murders in the Building.)

She-Hulk, by contrast, thinks it’s hilarious, and the entire cast appears to be having fun, but no one has a firm grasp on the material. The series feels more parody than comedy and is far too lazy to achieve the kind of success it should probably be achieving. There was an opportunity here to explore the nuances of the superhero genre from a female perspective in a witty and insightful way. Unfortunately, She-Hulk seems to have been written by a group of bitter Hollywood ex-wives far too enamored with themselves to see the potential of the source material. We lament the possibilities more than we appreciate the successes.

The creative minds behind She-Hulk: Attorney at Law certainly don’t, but they really love alcohol.