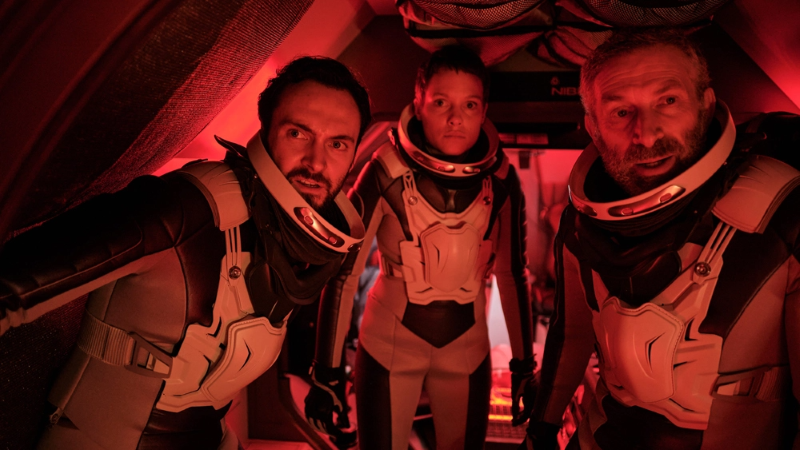 The first official trailer and poster for the upcoming sci-fi film Rubikon have been released, showing the risks that people now take to survive in a dystopian future.

Rubikon stars Julia Franz Richter, George Blagden, and Mark Ivanir, Rubikon is directed by Leni Lauritsch, who also co-wrote the film alongside Jessica Lind. Check out the first official trailer and poster for Rubikon below:

“2056. A toxic cloud of pollution has swallowed the earth, killing untold numbers,” reads the official synopsis for the film.” The world’s nations have dissolved, with all power now in the hands of giant corporations. The rich retreat to sealed biodomes while the poor choke and starve. On the space station Rubikon, Hannah, Gavin, and Dimitri weigh the fate of the planet’s survivors. Should these crewmembers risk their own lives on a rescue mission to the surface, or ignore the old world to build a new one of safety and solitude, living off the station’s sophisticated algae symbiosis system?”

Rubikon is set to release on July 1, 2022, and will be available in select theaters and on-demand across a variety of digital services.