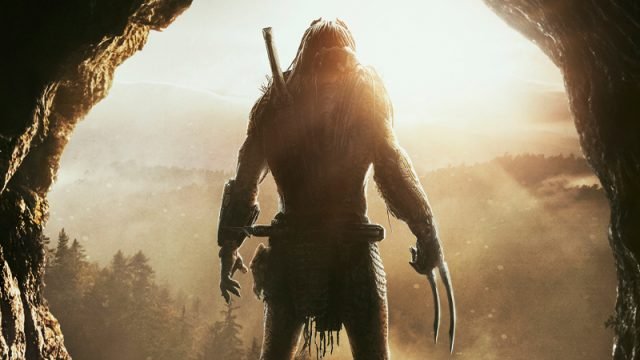 Now that Prey has hit Hulu, it’s time to look back at the Predator franchise and snobbishly rank the films according to our personal tastes. There are quite a few Predator films to sift through in this day and age, and while many of them suck, almost all bring something to the table. Well, maybe not AVP, but you get the gist

The novelty of seeing the famed xenomorph and Predator on screen together for the first time isn’t enough to propel Paul W.S. Anderson’s creatively flaccid “franchise starter” to anything beyond the $5 bin at Wal-Mart. Human characters lack personality, the overly digital visuals give off an early-2000s vibe, and the plot revolving around pyramids buried beneath Antarctica sucks. To think, 20th Century Fox passed up the opportunity to work with James Cameron and Ridley Scott on an Alien 5 for this garbage, which might be the worst entry in the Predator and Alien franchises. That’s really saying something.

Yes, AVPR sucks. Yes, the cast looks like they were plucked from every CW series in existence. Yes, the aliens look goofy as hell. Yes, there’s a needless number of callbacks/homages to previous films. But damned if the Predator action isn’t the best we’ve seen since the original Predator — and that’s really about all there is to say about this one. I mean, kudos to the Brother Strause for plastering R-rated gore all over the sequel, even if they go a little too far in their efforts to shock audiences — did we really need to see a dozen pregnant women give birth to alien offspring?

Shane Black returns to the Predator franchise with surprisingly lackluster results. Not for lack of trying, mind you. The Iron Man 3 director paints on a massive canvas and delivers some incredible Predator action, but the good stuff is splashed across an incredibly sloppy (and misguided) storyline containing Autism, violent prison convicts, and a Predator who arrives on Earth … to save humanity. Black’s script features the occasional burst of smart-ass humor, delivered by a solid cast led by Olivia Munn, Boyd Holbrook, Thomas Jane, Sterling K. Brown, and Keegan-Michael Key, but a messy third act never achieves the epic levels it strives for and sullies any goodwill achieved in the first hour or so. Obviously, studio meddling made this one DOA.

Robert Rodriguez attempted to breathe new life into the Predator franchise with what would essentially be a direct follow-up to the original film. For a good chunk of its runtime, Predators feels like the sequel we deserved in the early 90s. Then the third act hits like a death blow: Morpheus pops up for a long-winded bit of exposition, Topher Grace’s bizarre serial killer takes center stage, Adrien Brody takes off his shirt, and the whole thing flames out faster than you can spell Arnold Schwarzenegger. Predators is worth a look mostly due to Brody’s strong performance and a clever premise that sees our protagonists battling a group of Predators on an alien planet, but the still-too-small production lacks the grit and grime of the original. In the end, the film is never gripping enough to pass as anything more than fleeting entertainment.

Predator 2 is a C+ effort from everyone involved, but at least it has style and some kick-ass Predator action. Moving the titular bad to future (!) 1997 LA was a wise decision, and Stephen Hopkins pulls some creative muscles achieving some truly comic book-styled visuals; and, hey, who can argue with a cast featuring Danny Glover, Garey Busey, and Bill Paxton — in their prime, no less? The biggest issues plaguing Predator 2 are A) a lack of Arnold, and B) a minuscule budget that fails to match Hopkins’ wild imagination. The weird ass voodoo people don’t help, either. But, hey, that train sequence is amazing, the final third is a blast, and the inclusion of the xenomorph skull is still wicked enough to produce goosebumps, even if the results failed to match the grandiose highs of our wild imaginations. Plus, Alan Silvestri’s score kicks ass.

Finally, someone made a Predator movie without overthinking the concept. As stated in this article, Predator works when he’s not required to do much more than slaughter a few dozen innocent people. Oh boy, does he do that a lot here. Dan Trachtenberg gets just enough from his human stars — led by likable Amber Midthunder as a badass Native American warrior — to make us fear for their safety, and wisely moves the setting back to the late 1700s where bows and spears are the weapons of choice. More impressively, the 10 Cloverfield Lane director absolutely nails every aspect of our violent extraterrestrial baddie, right down to his slimmer look — the Predator moves more fluidly than ever before — and redesigned appearance. Kills are creative and appropriately gory while the body count, especially amongst a group of middling French explorers, is obscenely high — but in a good way.

No, there aren’t a lot of new ideas presented in Prey that will shepherd in a new wave of Predator films, and no, it’s not better than the original, but there’s an abundance of enthusiasm (even reverence for the source material) from everyone involved to ensure audiences will enjoy themselves for 90+ minutes.

Predator remains not only one of Arnold Schwarzenegger’s best films but also stands as one of the finer action flicks ever produced. This is largely thanks to impeccable work from director John McTiernan and an incredible cast consisting of Carl Weathers, Bill Duke, Shane Black, Sonny Landham, Jesse Ventura, and Richard Chaves. Filmed on location in Mexico, Predator is smart, simple, and enormously entertaining, and while one could argue that the script by Jim and John Thomas (and Black) is paper thin in terms of depth and ideas — particularly when compared to others of its ilk, like James Cameron’s Aliens and John Carpenter’s The Thing — there’s enough creative gusto (and male machismo) to move the action adventure from Point A to Point B with shocking precision.

Explosive, violent, and brimming with superstars and quotable one-liners — “Get to the chopper!” “If it bleeds, we can kill it!” “I ain’t got time to bleed!” — Predator is the very definition of action done right. It ain’t perfect, but damn is it a lot of fun.