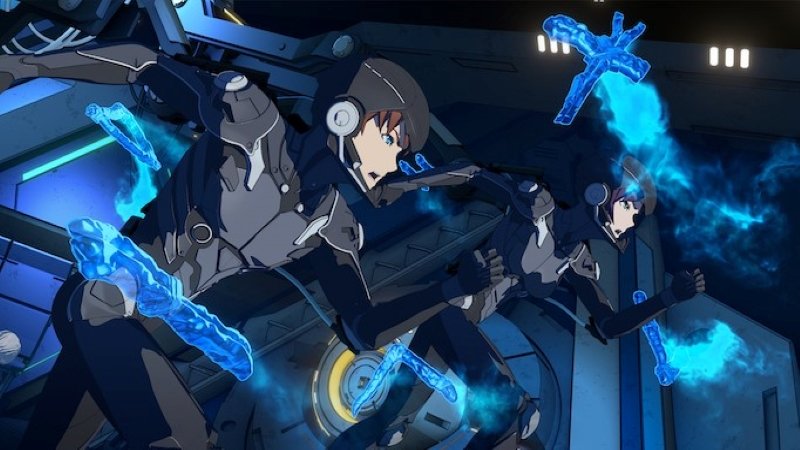 A new trailer for the upcoming second season of Netflix’s Pacific Rim: The Black anime series has been released, which highlights some huge fights between the Kaiju and Jaeger mecha. It will release on the streamer on April 19.

The new trailer focuses squarely on more of the epic clashes fans will get the chance to see in the second season. It also hints at sibling pilots Taylor and Hayley happening upon a mysterious group who are out to get them.

Check out the new Pacific Rim: The Black Season 2 trailer below:

The series premiered in March 2021 with seven episodes, and its second and final season will begin next month. The series is set in the same universe as the original two Pacific Rim films but takes place at an indeterminate point in the future.

The show still focuses on the general plot of the original films and sees a race of monsters known as Kaiju having taken over the continent of Australia, with two siblings — Taylor and Hayley Travis — among a pocket of survivors on the continent.

The original Pacific Rim movie directed and co-written by Guillermo del Toro debuted in 2013 and starred Charlie Hunnam, Idris Elba, Rinko Kikuchi, Ron Perlman, and Charlie Day. Also written by Travis Beacham, the film followed a waging war between humankind and monstrous sea creatures where a former pilot and a trainee are paired up to drive a seemingly obsolete special weapon in a desperate effort to save the world from the apocalypse. The movie was followed up by Pacific Rim: Uprising in 2018 from Steven S. DeKnight, starring John Boyega, Scott Eastwood, and Cailee Spaeny.