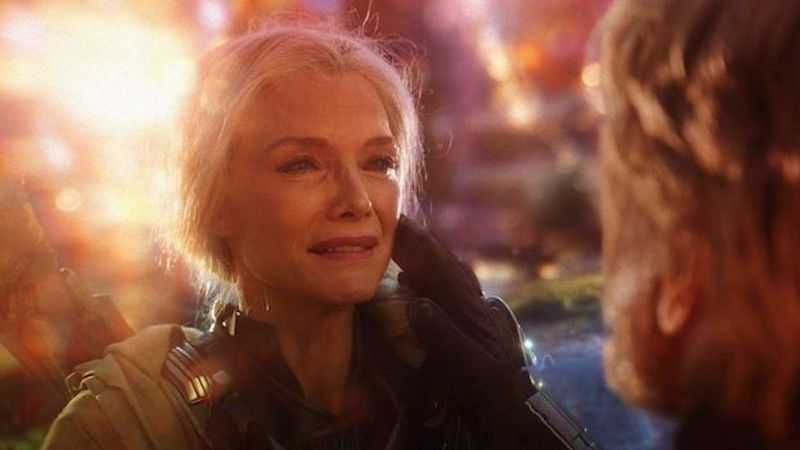 Michelle Pfeiffer appeared as a guest on The Tonight Show With Jimmy Fallon, and inevitably, the conversation started with her latest work. Having just wrapped her role in 2023’s Ant-Man and the Wasp: Quantumania, she was more than happy to go into the details of her involvement in the Marvel Cinematic Universe.

Pfeiffer is happy to be in the public eye via a big franchise this late in her career, but she finds working on the Marvel films a nerve-racking experience.

“It’s a little hard because I met with Peyton [Reed], and I knew a little bit about the character, but there was no script,” Pfeiffer says. “You have to commit without actually having read anything.”

Michelle admitted that she broke her own rule by accepting the role of Janet Van Dyne/Wasp in Ant-Man and the Wasp without reading a script and that she still finds it hard to improvise while on the set.

Marvel has been known to extensively change films in post-production to match up with other MCU happenings, and they even occasionally misdirect eagle-eyed viewers via misleading trailers. This can be confusing for even the biggest stans, so it’s easy to imagine how much more confusing it is for an actress who didn’t grow up devouring the material.