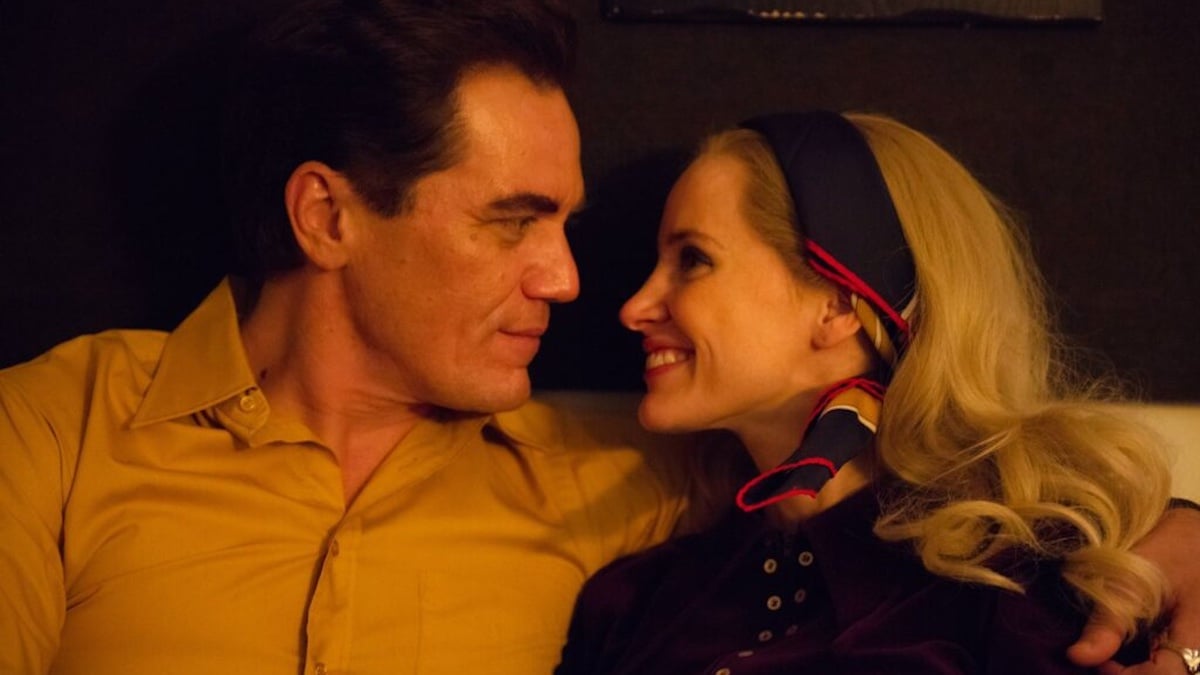 The upcoming six-episode miniseries follows the lives of legendary singers George Jones (Shannon) and Tammy Wynette (Chastain). Ahead of the series premiere on Showtime, the actors sat down with ComingSoon to discuss how they approached their characters.

“The limited drama chronicles the country music power couple, Tammy Wynette and George Jones, whose complicated-but-enduring relationship inspired some of the most iconic music of all time,” reads the synopsis. “Remembered as the ‘First Lady of Country Music,’ Wynette’s most successful song ‘Stand by Your Man’ remains one of the most iconic and best-selling country singles by a female artist. George Jones’ song ‘He Stopped Loving Her Today,’ is still widely called the greatest country song of all time. With over 30 number-one country songs between them, including duets ‘We’re Gonna Hold On,’ ‘Golden Ring,’ and ‘Near You,’ George and Tammy’s legacy, both musically and romantically, remains one of the greatest love stories ever told.”

Tudor Leonte: You’re both playing country royalty in George & Tammy. Between mimicking them and putting on your own performance, how do you find a balance in portraying real-life people?

Michael Shannon: Well, I went to the Country Music Hall of Fame to see what I could find out about George Jones. They had one suit there on a mannequin, one of his suits, and it came up to about here, just below my neck. I was like, “Hmm, well, I don’t think I’m gonna fit in that suit.” I kind of had to abandon the idea that I was going to look exactly like George Jones. When I played Elvis, I wasn’t gonna be able to trick people into thinking that I was this person. So it was more just about trying to consider what it was like to be that person psychologically and what it was like to live their life and walk in their shoes. I think we both worked on not just the singing voice but the speaking voice. I know that that was a big way into it for you.

Jessica Chastain: It was huge way into it for me because her voice is so deep in her body, and I loved the way she sounded and her interviews. But I remember I’ve been trying to think while he’s been answering then, which director said that I think it was Bresson who said that if you film reality, it’s no longer art. It’s more of a documentary, and that art comes from an interpretation of a reality. If I was lip-syncing Tammy Wynette doing “Stand By Your Man,” there’s something about it that then lacks in interpretation. When you don’t have people interpret something or create something, you’re eliminating what makes, I guess, that magic thing, that creation of the art form. You have to always know that even if you’re playing a real person, you have to allow the space for you to pull them from you. It’s like using yourself as a way to honor someone else and never thinking of it like, “I have to be exactly like this person,” because if you do that, you eliminate what’s so exciting about this art form.

Shannon: And what you have to bring to the table.

Chastain: Yeah. I mean, you might as well just watch a documentary on Tammy Wynette. That’s more interesting than me trying to mimic her every move. I need to allow some space for the surprises.