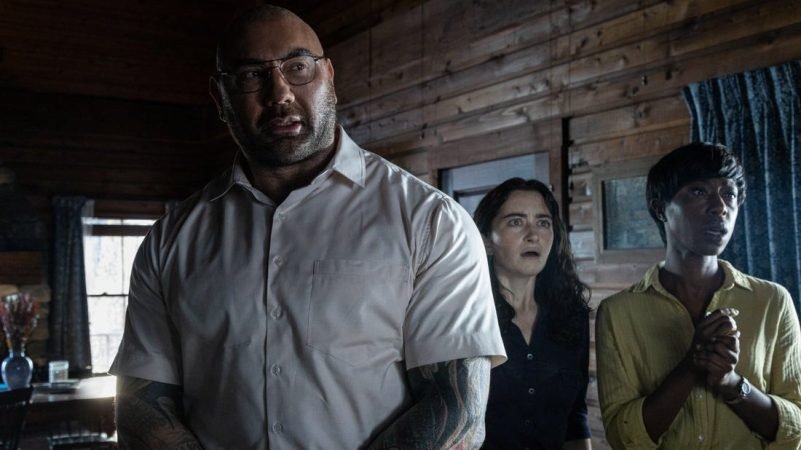 Universal Pictures has finally dropped the official trailer for Knock at the Cabin, M. Night Shyamalan’s upcoming horror thriller starring Dave Bautista and Jonathan Groff. The film will be arriving in theaters on February 3, 2023.

The Knock at the Cabin trailer begins with a happy family of three as they spend their vacation at a secluded cabin. However, their vacation is cut short by the sudden arrival of four armed strangers claiming to be the heralds of the apocalypse. Led by Bautista’s Leonard, they explained to the family that they must make a difficult decision in order to prevent the upcoming end of the world.

RELATED: Dave Bautista in Talks to Star in Netflix’s Unleashed

“While vacationing at a remote cabin, a young girl and her parents are taken hostage by four armed strangers who demand that the family make an unthinkable choice to avert the apocalypse,” reads the synopsis. “With limited access to the outside world, the family must decide what they believe before all is lost.”

Knock at the Cabin is produced by Shyamalan and Ashwin Rajan through their Blinding Edge Pictures banner along with Marc Bienstock. Executive producers are Steven Schneider, Christos V. Konstantakopoulos and Ashley Fox.