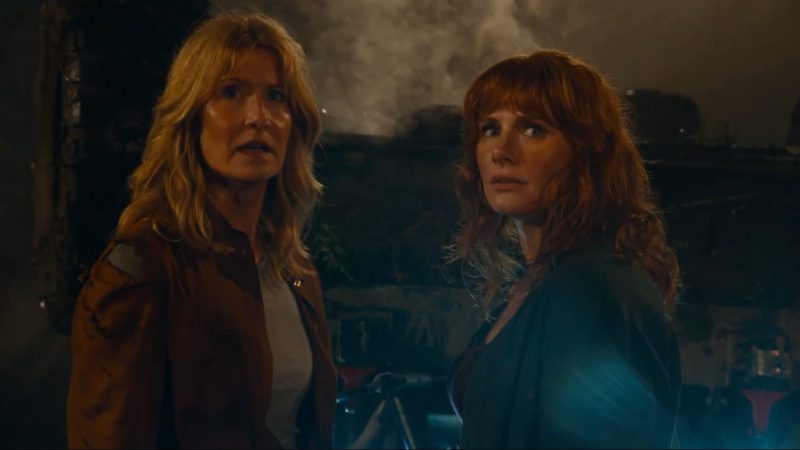 The videos, which you can check out below, feature extended scenes from previous trailers that continue to highlight the return of Jurassic Park stars Laura Dern, Sam Neill, and Jeff Goldblum.

“This summer, experience the epic conclusion to the Jurassic era as two generations unite for the first time. Jurassic World Dominion is a bold, timely, and breathtaking new adventure that spans the globe,” says the official synopsis. “The film takes place four years after Isla Nublar has been destroyed. Dinosaurs now live—and hunt—alongside humans all over the world. This fragile balance will reshape the future and determine, once and for all, whether human beings are to remain the apex predators on a planet they now share with history’s most fearsome creatures.”

The film is once again directed by Colin Trevorrow from a screenplay he co-wrote with Emily Carmichael, based on a story by the first two Jurassic World films’ scribes Derek Conolly and Trevorrow. Executive producers are Trevorrow, Steven Spielberg, and Alexandra Derbyshire.

Facebook
Twitter
Pinterest
WhatsApp
Previous articleInterview with Donna Lattanzio, Author of An Accident Waiting to
Next articleNorm Macdonald’s Posthumous ‘Nothing Special’ Is Unlike Any Other Comedy