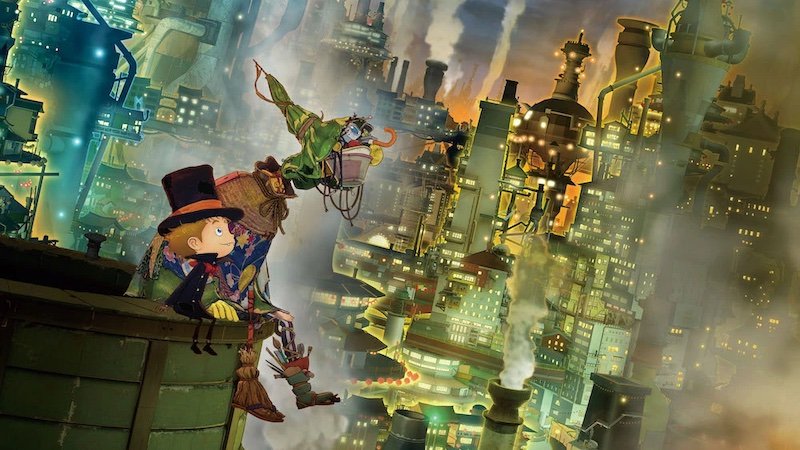 ComingSoon is excited to debut a clip from the upcoming anime film Poupelle of Chimney Town by Studio 4ºC and give out some amazing giveaway packs as well. The film is now available as part of premium video on demand services and will be available to own on digital and Blu-ray and DVD combo release on May 31 from Shout! Factory and Eleven Arts. It features a stacked English voice cast that includes Tony Hale, Antonio Raul Corbo, Stephen Root, Misty Lee, and Hasan Minhaj.

“Poupelle of Chimney Town is the story of young Lubicchi living among the thick smoke from the chimneys of his isolated town, yearning to see the ‘stars’ — to know the truth — his father always told him about,” says the synopsis. “One Halloween night he meets Poupelle, a man made of garbage, and together they look to the sky as their adventure begins. Spectacularly beautiful, filled with inspiring performances and splendid music and sound effects, Poupelle of Chimney Town brings laughter, tears, and joy.”

Check out the Poupelle of Chimney Town clip below:

Bonus features for the home release include:

As for the giveaway, we have two prize packages (pictured below) to give out. This includes the film on Blu-ray, a lovely tote bag, plus a poster. To enter, you can either retweet the Twitter post below or comment on our corresponding Facebook post. Good luck to all who enter. The giveaway lasts until May 31 and entrants must be in the U.S. since it is a physical prize package.