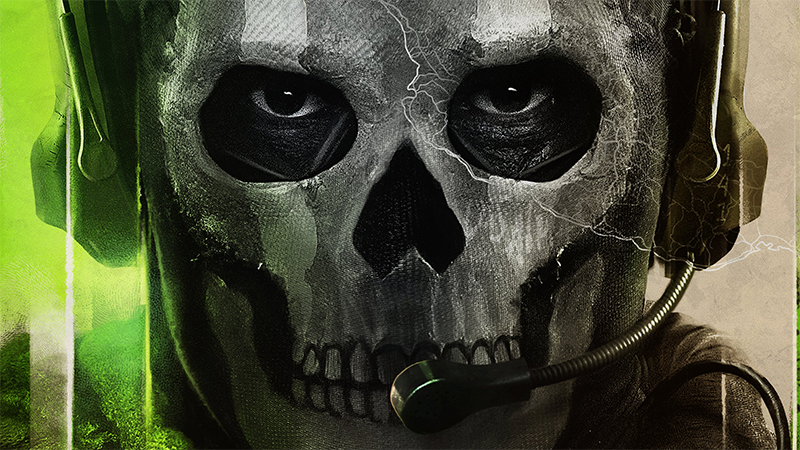 Call of Duty: Modern Warfare II has yet to be fully revealed outside of its logo, but that hasn’t stopped Activision from announcing when it will come out. The first-person shooter will release on October 28, 2022. No platforms were listed, but it will presumably come out on PlayStation 4, PlayStation 5, Xbox One, Xbox Series X|S, and PC.

The official Call of Duty Twitter account tweeted the information with a short video. The video doesn’t contain any in-game footage, but instead has drone shots of a shipyard full of Call of Duty art while the characters in that art provide some light narration. The tweet also says the game “ships” on October 28, so this is all seemingly a play on words for a game that perhaps has a lot of ships in it. The Call of Duty website was later updated with little profiles on the characters like Captain John Price, Sergeant Kyle “Gaz” Garrick, Sergeant “Soap” MacTavish, Simon “Ghost” Riley, and Colonel Alejandro Vargas of the Mexican Special Forces, the latter of whom is a newcomer to the series.

RELATED: Take a Look at Godzilla and Kong in Call of Duty: Warzone Screenshots

There was also some graffiti that says “J-8-22,” which seemingly points to June 8, 2022 (July is technically possible, but not likely). This could be the reveal of some gameplay or a full trailer, as it is the day before Summer Game Fest Live. This would also line up with what insider Tom Henderson has said, as he specifically said a June 8 reveal was coming a few weeks ago.

Henderson has previously reported that Call of Duty: Modern Warfare II (which he revealed before Activision) will center around a drug war against Columbian cartels. The game will also reportedly have overhauled A.I., weapon jamming, and additional cinematic animations to fit the narrative (like shaking). He’s also followed up his reporting with additional information about the game and some more changes coming to Warzone 2, including its extraction-based game mode called DMZ where “players will fight against other players and A.I. as they try to complete objectives, loot up, and extract.”

MORE: Why Evil Dead Isn’t a Good Fit for a Multiplayer Video Game