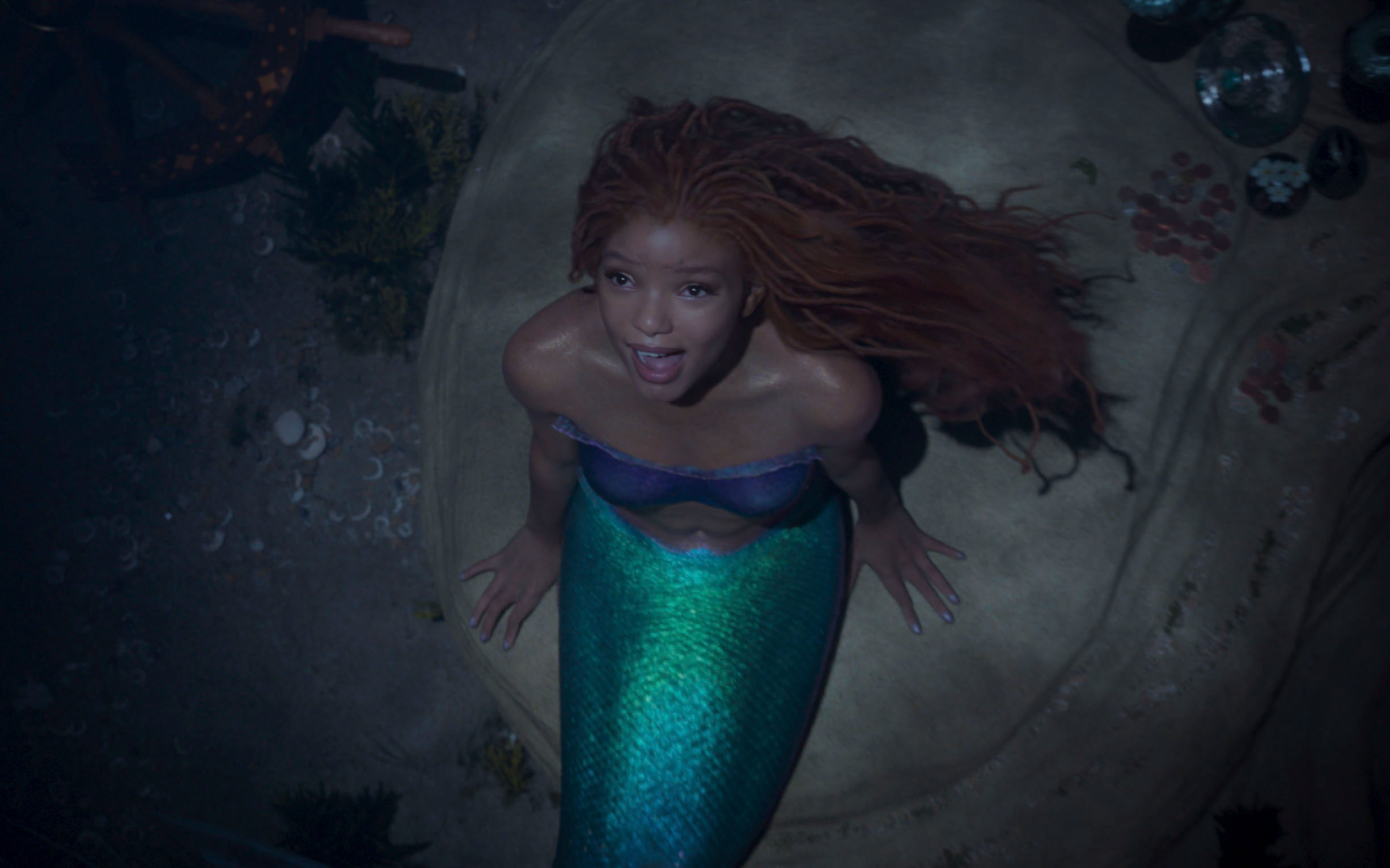 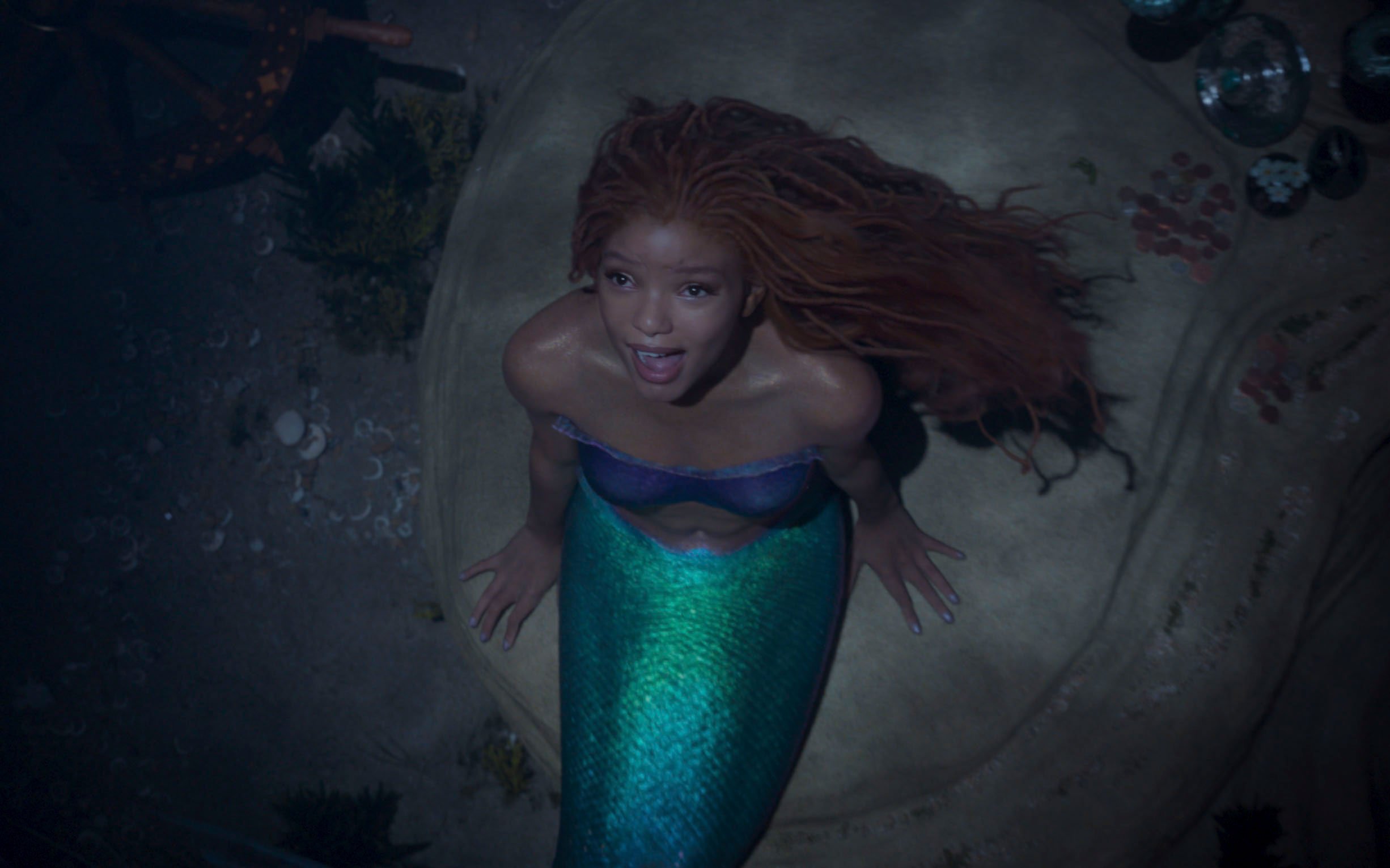 I mean, who hasn’t wanted to steal the wardrobe of Cinderella or Ariel at least once in their life?

If you need some cheering-up (and, let’s face it, in 2022, EVERYONE needs some cheering-up), then I highly recommend Googling “girls reacting to The Little Mermaid trailer.”

In case you missed it, Disney recently shared the first teaser for its live-action adaptation of the animated classic, where viewers got a glimpse at singer Halle Bailey as Ariel. Since then, there’s been an outpouring of love and support for the inclusive casting, so much so that parents began filming their young black daughters’ reactions to seeing a princess that looks like them. The results are heartwarming — and a reminder of the massive influence a fictional character can have.

You would be hard-pressed to find someone who didn’t grow up watching Disney movies. It’s almost a rite of passage, like playing in a sandbox or going underwear shopping with your mom. And the Disney Princesses continue to shape how we feel about beauty, fashion and femininity, even in 2022. This impact is the subject of the new book Disney Princess: Beyond the Tiara, which examines the cultural influence of the fictional characters and how their legacy lives far beyond the screen.

“Our ideas about what is beautiful and glamorous and elegant come from [the Disney Princess] gowns, which we first see at a young age,” writes author Emily Zemler to me over email. “Cinderella’s ballgown is perhaps one of the most iconic dresses of the modern era — and it’s not even a real dress.” 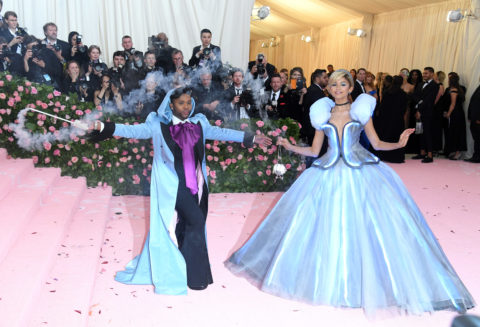 Indeed, the interpretations of this particular fictional gown are endless. From wedding dresses to runways to Zendaya on the red carpet of the 2019 Met Gala, the blue ensemble has become synonymous with grace, elegance and the power of transformation. “If you say you want to look like a princess, then that means you want to look like a [Disney] princess,” shares Zendaya’s stylist Law Roach in the book. “Their looks are part of Americana…they are fashion icons.”

Zemler agrees and attributes the Disney Princess gown phenomenon to the 1937 release of Snow White and the Seven Dwarfs. “It was immediately obvious that fans wanted to look like Snow White — or, at least, share in elements of her appearance,” she explains, referencing the popularity of the fashionable merch that was released at the time. “There were even Snow White–inspired looks that went down the French runways.”

We continue to see examples of the Disney Princess effect today. After Frozen came to theatres in 2013 and Elsa re-introduced the world to capes, they were all over the red carpet and runway. Similarly, when the live-action version of Beauty and the Beast was released in 2017, yellow (the colour of Belle’s gown)  became the “it” shade of the season. Coincidence? I think not.

But it also works the other way around, with cartoons drawing inspiration from real life. Zemler explains that because the early Disney Princesses were animated primarily by men, who weren’t necessarily fashion experts, they used images from popular fashion magazines as their reference point. When Cinderella was released in the ’50s, the character’s ensemble was inspired by Christian Dior’s New Look, which was the defining silhouette of the era. Aurora’s dress, created a few years later, had specific medieval touches — Sleeping Beauty was set during that period — but it also borrowed a lot from the Audrey Hepburn film Roman Holiday. And filmmakers purposely drew Ariel’s pink ball gown and wedding dress to resemble Princess Diana at her 1981 wedding to Prince Charles.

So, what is the eternal appeal of Disney Princesses? Why are we all so collectively obsessed with them? “For many fans, nostalgia plays an important factor,” says Zemler. “Millennials, for example, grew up in the ‘Disney Renaissance,’ an unofficial term for the era in the 1990s when films like The Little Mermaid, Aladdin, and Mulan came out.”

Millennials have also been referred to as the “Peter Pan Generation” because, as the movie says, they don’t want to grow up. They’ve delayed typical markers into adulthood, like moving out of their parents’ house or buying a car, longer than most generations before them. They’ve also coined the term “adulting” to describe their struggle with “grown-up” tasks. For a generation that doesn’t want to get old, watching Disney Princesses is a reminder of childhood.

But perhaps the real reason that Disney Princesses remain so compelling is that we all love a happy ending — especially one that we’ve worked for. And these women worked for that beautiful ballgown! It’s a big, frothy symbol for all that they’ve overcome, whether that’s taming a beast, defeating a half-human, half-octopus or simply staying true to themselves.

“Ultimately, the more traditional gowns typically represent a moment of transformation, which can be both physical and symbolic for the characters,” shares Zemler. “Who doesn’t want that feeling of becoming glamorous and more self-confident?” Based on the reactions from all those little girls to the new The Little Mermaid trailer, who, indeed? 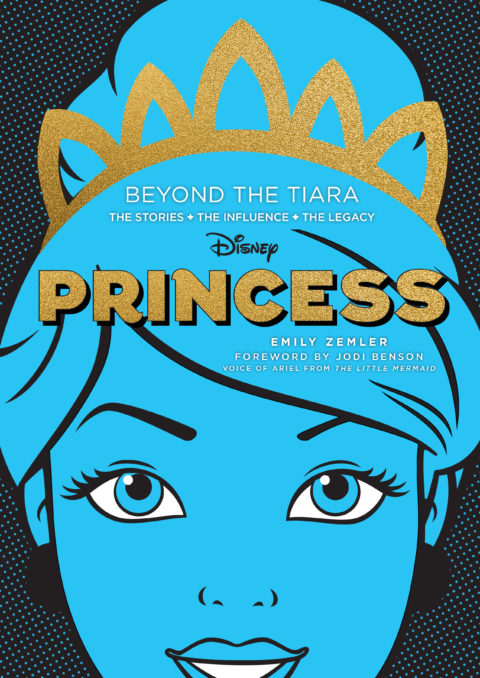 Disney Princess: Beyond the Tiara is available now on Amazon.ca