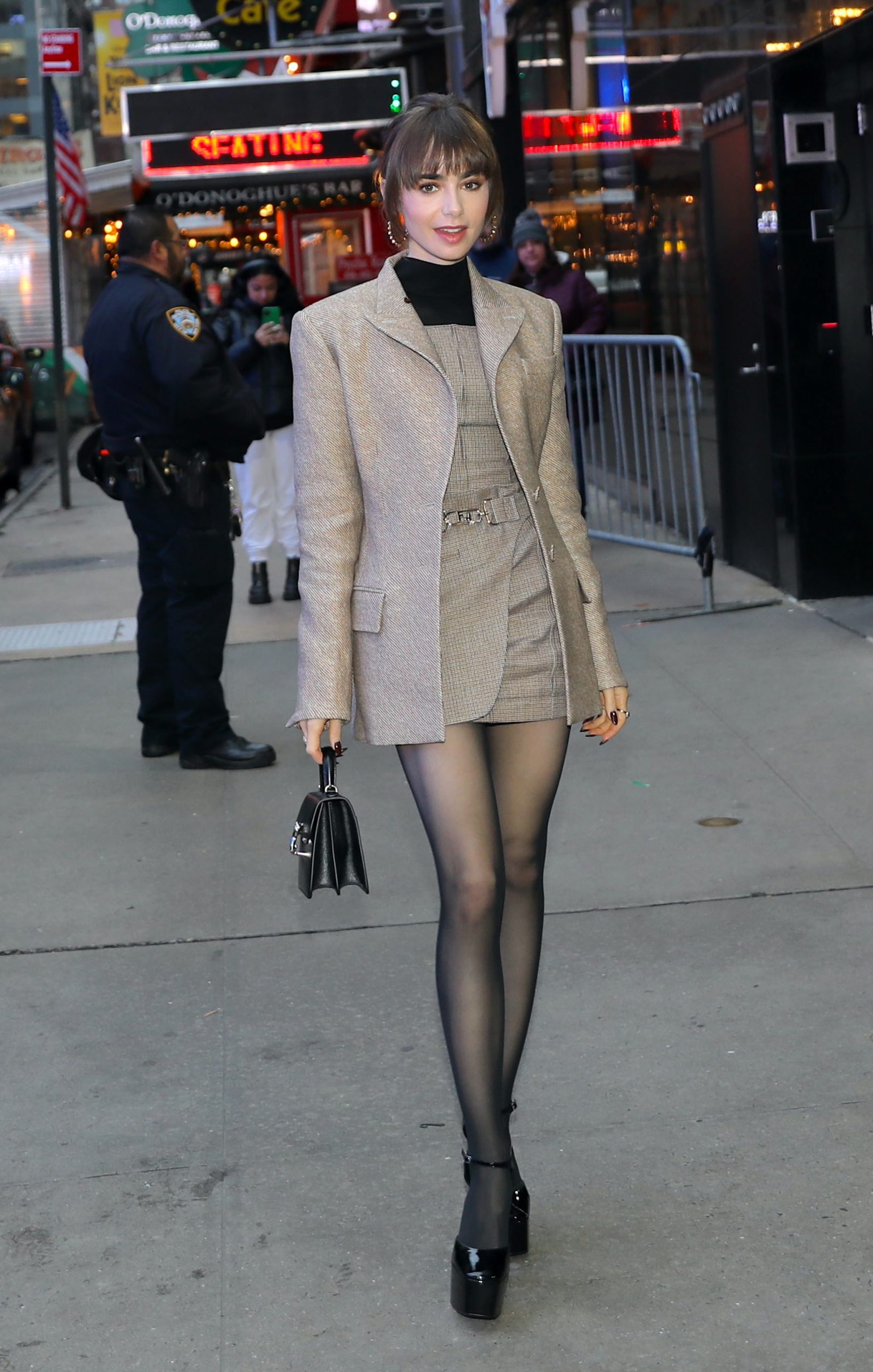 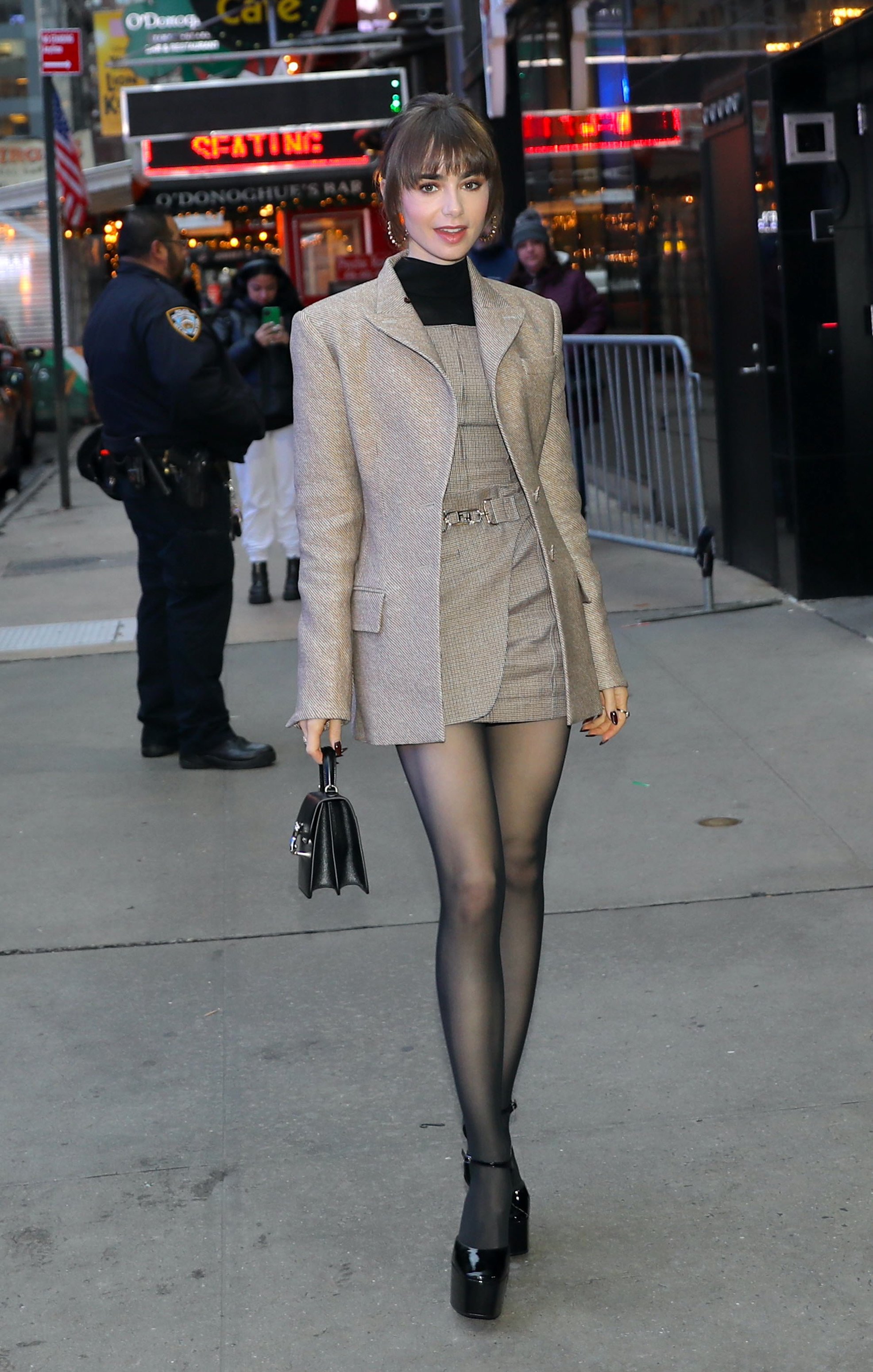 Not a red beret in sight!

If you’ve been feeling like your life is missing a serious serving of red berets, pastel tulle and kaleidoscopic patterns, fear not — Emily in Paris season 3 is due to hit Netflix on December 21. As seen in the trailer, the new instalment of the highly anticipated series promises more love, more drama and more over-the-top costumes (three words: zebra shoulder pads). But for Lily Collins, who plays the titular role, her recent red carpet outfits couldn’t be further from her character.

For the Paris premiere of Emily in Paris season 3, the 33-year-old actor started her press tour strong with a sultry and subtle Saint Laurent dress, complete with cut-outs across the front and gathering at the waist. What followed has been a masterclass in the real French-girl aesthetic: a sandy wool Fendi ensemble, a Thom Browne skirt suit, a sleek blue Delcore tunic and pants, a toile short set by Philosophy di Lorenzo Serafini and a 3.1 Phillip Lim button-down shirt paired with a fringe skirt.

Of course, we’ve seen some glimpses of Emily in Lily Collins. For her appearance on The Late Show with Stephen Colbert, she wore a black Dior tulle dress, reminiscent of this romantic moment from season one. And on December 14, she sported a vibrant green suit and corset, similar to this now quintessential costume. But even these bolder looks have an added air of sophistication that the show never quite captures, and I can’t help but feel the series slightly cheated us. 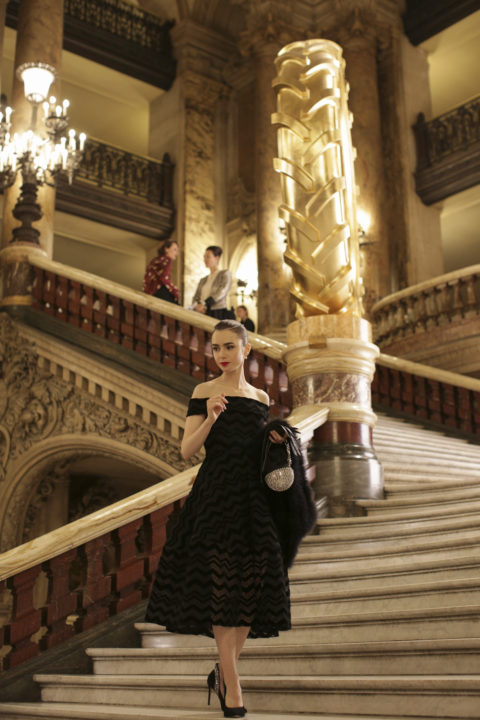 LILY COLLINS as EMILY in episode 106 of EMILY IN PARIS. Cr. CAROLE BETHUEL/NETFLIX © 2020

As TikTok will tell you, the French-girl aesthetic is understated. It’s effortless, a bit messy and comprised of mostly neutrals. If you’ve seen even a second of Emily in Paris, you know none of these things apply to the costumes — it’s the Disney Channel version of Parisian chic. So by looking very un-Emily, is Collins making a statement? Is she purposefully separating her own style from that of her character? She could very well be, but regardless of the reason, we want more!

In case you’ve missed it, we’ve rounded up the best Lily Collins outfits from the Emily in Paris season 3 press tour so far.