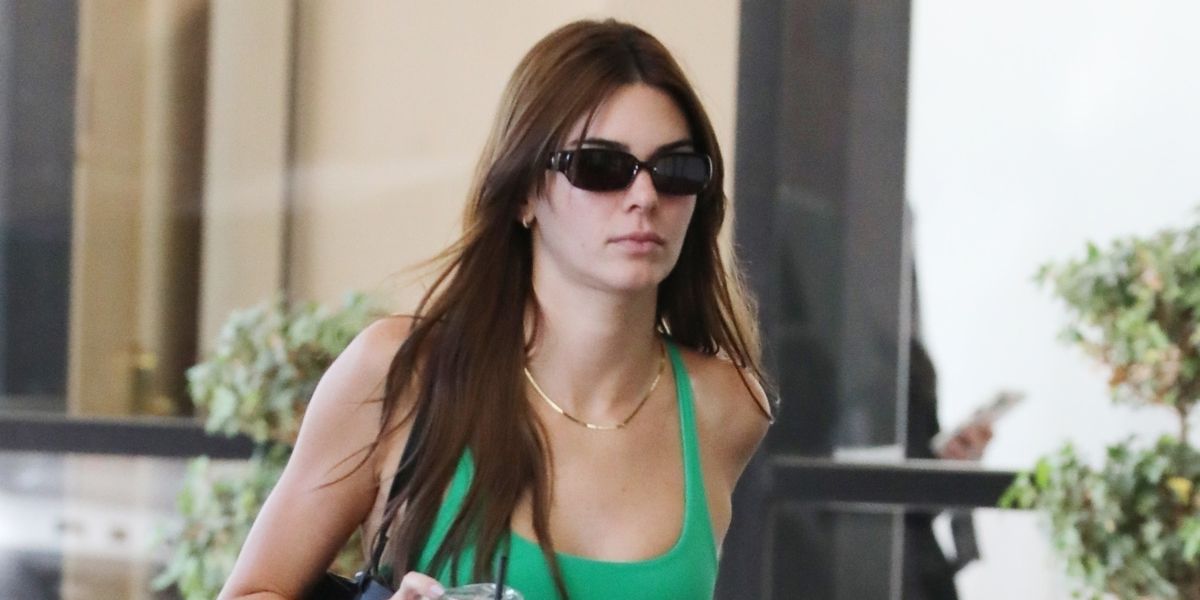 Kendall Jenner leaned into the online discourse over her not really being able to cut a cucumber yesterday when she stepped out in a green Meshki sports bra and leggings in Beverly Hills. What’s most notable about Jenner’s outfit—besides the hue—is her footwear choice: The model paired high white socks with neon Yeezy slides. She carried a black bag and iced coffee, and put her toned midriff on display: 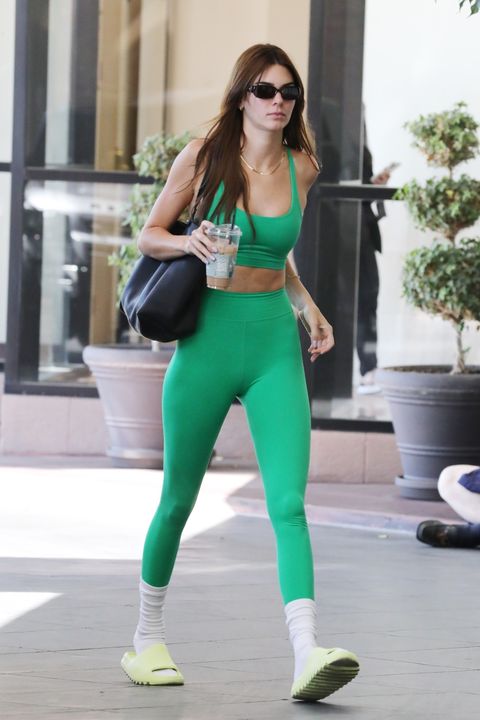 Jenner acknowledged the viral clip of her struggling to cut a cucumber on this week’s episode of The Kardashians on her Twitter account. Twitter user Sophie shared an image, writing, “Kendall Jenner trying to cut a fcking cucumber is the most tragic thing I’ve ever witnessed #TheKardashians.” Jenner retweeted it and commented, “tragic!” so at least she has a sense of humor.

Jenner had a particularly emotional moment on the episode when she and Scott Disick argued over her not inviting him to her birthday dinner in the fall. He was feeling sensitive at the time about the family excluding him from events because of his ex Kourtney Kardashian’s new engagement to Travis Barker. Jenner apologized for not inviting him, explaining she didn’t want him to feel left out, but she made the choice for Kardashian.

“Kourtney, at the end of the day, is my sister,” Jenner told Disick, exasperated. “Of course I want her there. This dinner was literally 15 people. If it’s an intimate dinner, and I’m not willing to have an uncomfortable situation happen—”

Disick kept speaking over her throughout their chat and accused her of not saying sorry. Jenner, typically the most stoic of the Kardashian-Jenners, completely lost her cool. “This is so f*cking ridiculous,” she said. “You won’t let me speak, Scott. You’re talking over me.”

“Scott, go—please replay the f*cking videos. I’m over this sh*t, Scott. For real,” she added. She left the room and slammed the door shut—a tense exit that will likely be explored more on next week’s episode, as this is the Kardashian family leaning into their drama, after all.

Alyssa Bailey Senior News and Strategy Editor Alyssa Bailey is the senior news and strategy editor at ELLE.com, where she oversees coverage of celebrities and royals (particularly Meghan Markle and Kate Middleton).