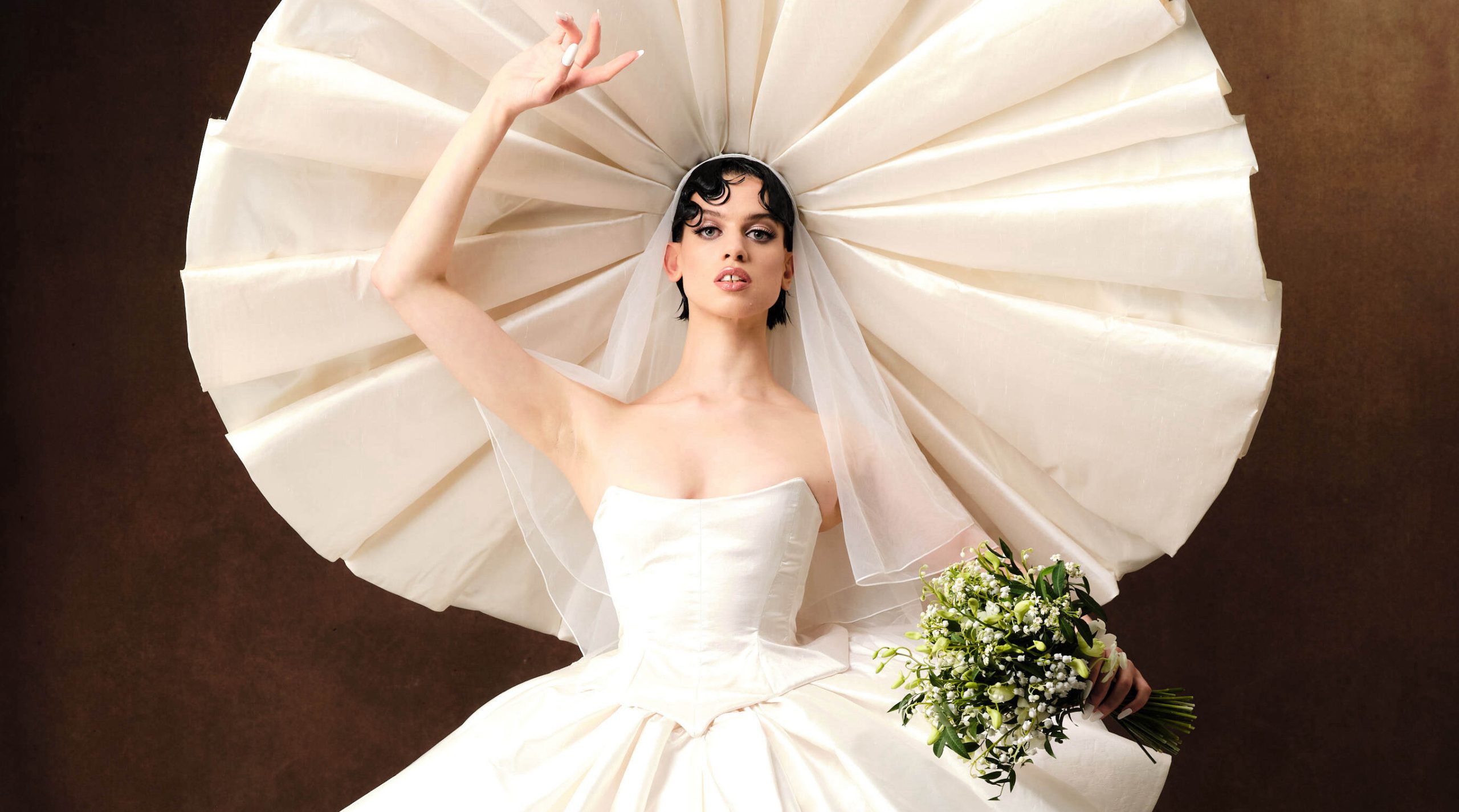 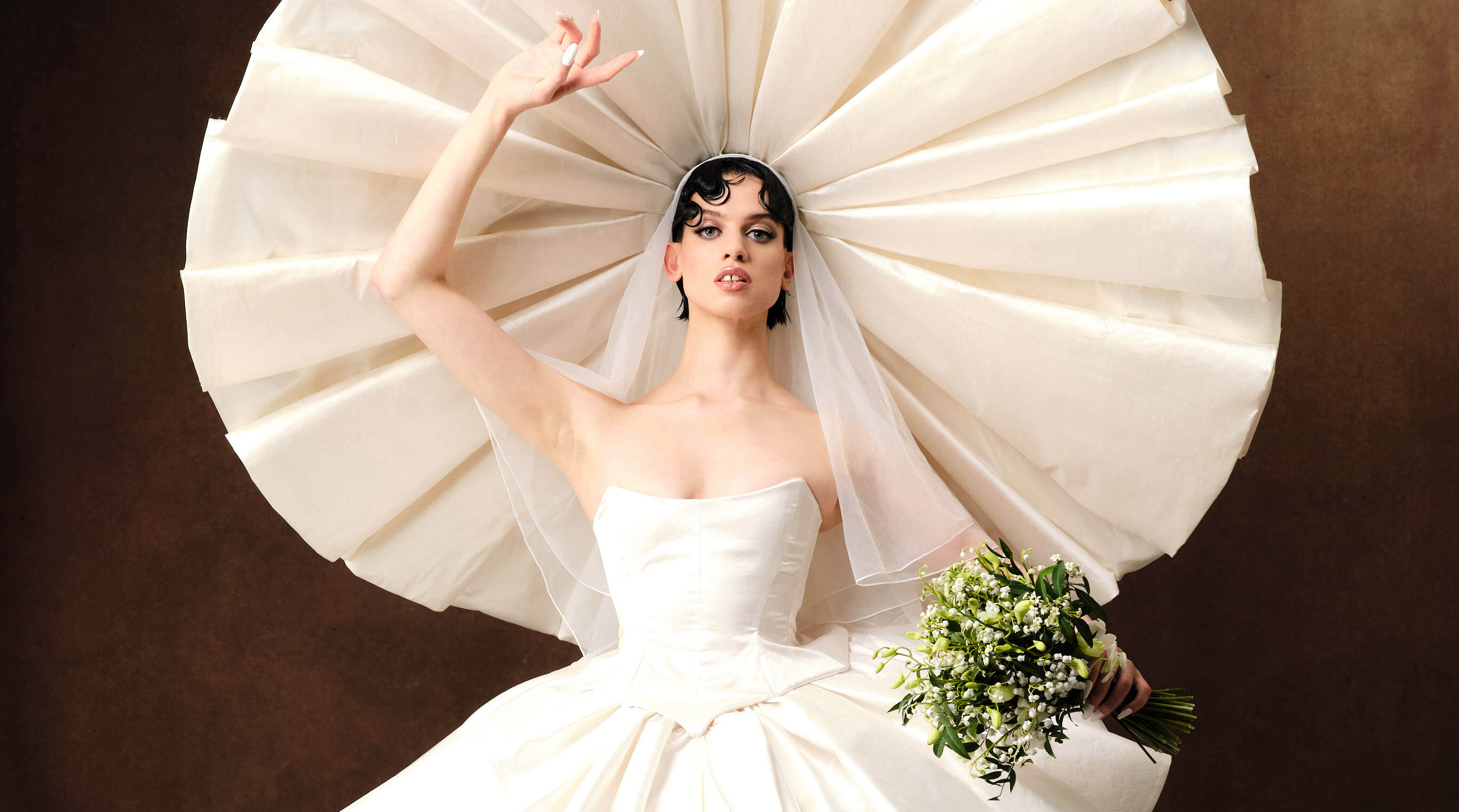 Richard Quinn, JW Anderson and Nensi Dojaka all paid tribute to the late monarch in their own unique ways.

This London Fashion Week had a simple motto: the show must go on. After Queen Elizabeth II‘s passing on September 8, there were many speculations about what would become of the upcoming British fashion event: Are they going to cancel it? Should they cancel it? Will anyone actually attend? But after a call between the British Fashion Council and a collective of designers, it was decided that yes, the show would go on — but respectfully so.

A few brands like Burberry and Raf Simons decided not to partake in the Spring 2023 season, but those who did used the opportunity to honour the Queen’s legacy. Nensi Dojaka paid tribute to Her Majesty with a carpet of white hydrangeas. A model at Harris Reed carried a lily of the valley bouquet, one of the Queen’s favourite flowers. Christopher Kane noted the floral prints in his collection were “symbolic of love, death, celebrations and condolences.”

There were also non-botany related salutes to the late-monarch, including a “thank you” T-shirt at JW Anderson, candles at S.S. Daley and, at Michael Halpern, an ode to a blue gown worn by the Queen at a 1957 opera.

Of course, the entire event was clouded in a sombre mood — how could it not be? — but there were also many moments of levity. The runways saw the resurgence of tulle, absurdist proportions and sixties-inspired cottagecore. Plus, there were dresses that looked like plastic fish bags. Below, we break down all the highs, lows and most viral moments from London Fashion Week Spring 2023. 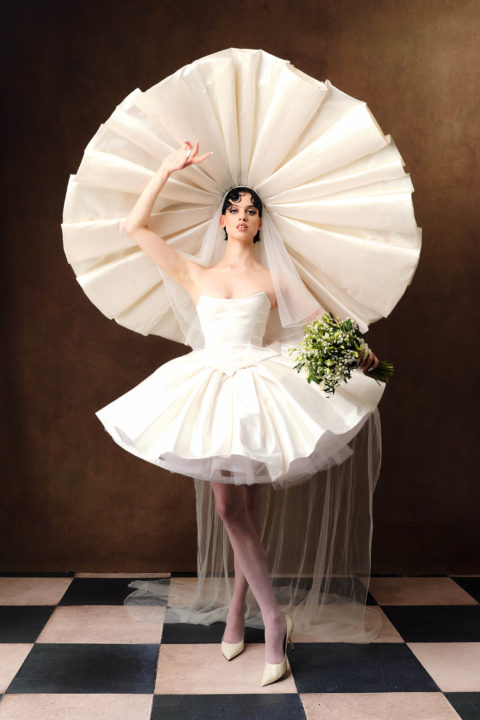 While it’s unclear if Harris Reed is a fortune-teller, the fact that he co-opted Queen’s new frontman, Adam Lambert, to sing at his Spring 2023 presentation is a little more than eerie. In a bizarre and very fitting coincidence, Lambert serenaded the crowd with “Nessun Dorma” as looks inspired by the New York drag queen scene went down the catwalk. It was a dramatic and quintessential Reed collection, where models walked in 10-foot-wide cartwheel headpieces and equally as wide crinolines. But the most meaningful moment was undoubtedly the last white ballerina-esque look, accessorized with a lily-of-the-valley bouquet in honour of Queen Elizabeth II. He’s clearly tapped into the zeitgeist, so it’s no wonder that Nina Ricci just chose the designer to be its new creative director. 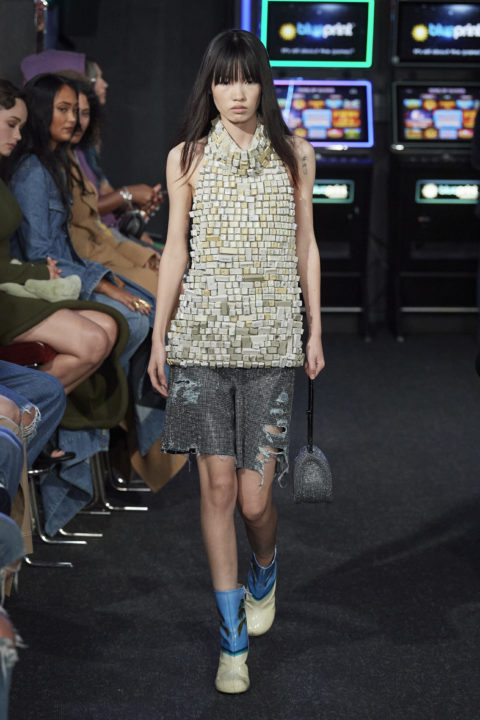 When Jonathan Anderson packed his guests into the Las Vegas Arcade in London’s busy Soho district, he was determined to explore this unique moment in time — and our deep connection to the digital world. “Are we falling into our screens, becoming our phones?” he asked after the presentation. “I don’t think it’s about futurism. It’s more about a reflection of ourselves.” Some looks were covered in old computer keys. Dresses and bodysuits were splashed with stock photos of tropical beaches and trapped goldfish. There were also oversized, ripped, frayed and distressed pieces — some with wire hangers woven through their fabric. The looks were connected in their absurdity and, seemingly, their commentary on the effects of digital disconnect and consumerism on our world and our minds. Of course, Anderson couldn’t complete his show without a small tribute to the Queen. His choice? A T-shirt that read “Her Majesty The Queen, 1926-2022, Thank You.” 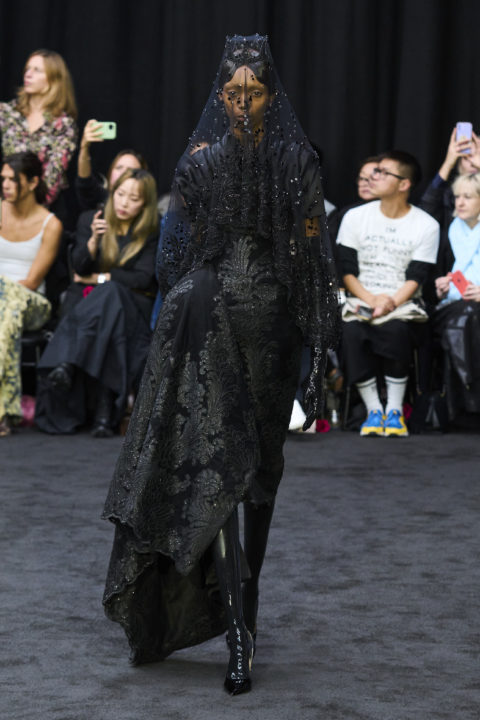 Richard Quinn: How to create a collection in 10 days

Unless it is a latex catsuit, Richard Quinn does not do black. So when 22 all-black looks started his Spring 2023 collection, it was a bit of a shock. Calling it a “labour of love” and “cathartic,” it took the designer, his core team of six and 20 volunteers a total of 10 days to create nearly two dozen new outfits in honour of the Queen’s passing. But Quinn had a better connection to her than most. During his debut in 2018, the late monarch presented him with the first annual Queen Elizabeth II Award for Design, her legacy for emerging fashion designers in Britain. Since then, Quinn has become one of England’s most exciting exports. The remaining ensembles in the show didn’t disappoint: outrageous shoulder pads, triangular silhouettes and 3D florals were some highlights. 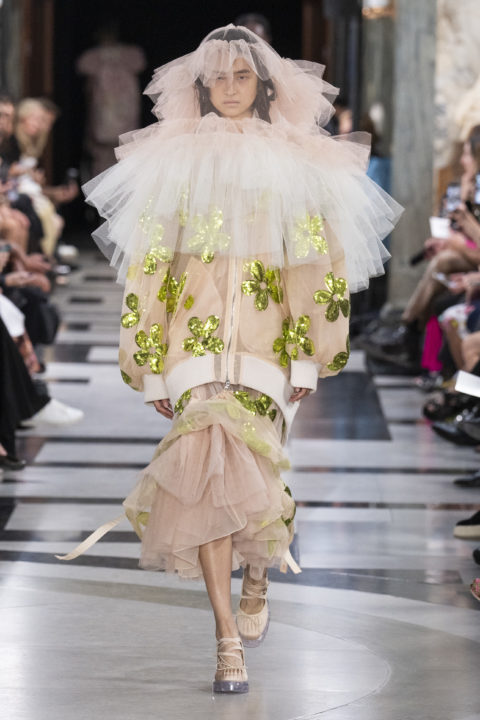 Simone Rocha: Sweet dreams are made of tulle

Is the veil about to have a streetwear moment? If Simone Rocha has anything to say about it, the answer is yes. For this season’s runway presentation, which featured the Irish designer’s first full menswear collection, Rocha made reference to ceremony by placing tiered veils on the heads of several models (men and women alike). Though the veils appeared to be a nod to the death of the Queen, they were actually part of the concept all along. Erdem took a similar approach at its show, where models were draped in long white or black confections. In this case, the inspiration was the dust-sheets that cover museum collections. 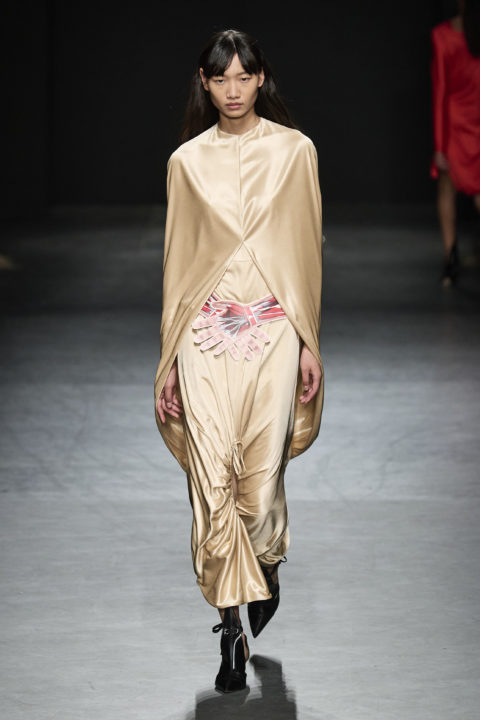 Christopher Kane: Show me the body!

After a two-and-a-half-year hiatus, Christopher Kane returned to the runway, and he brought the body-ody-ody with him. Besides scandalizing cut-outs and provocative proportions, the British designer’s Spring 2023 collection used prints inspired by actual anatomy. The two most potent looks were in the middle of the presentation and featured muscular diagrams of hands covering a model’s chest and then the pelvic area. Aside from the biology lesson (or political statement, depending on how you look at it), Kane also honoured the Queen during the show. The result was a breath of fresh air (pun intended) as ensembles clad in beautiful blooms descended the catwalk. 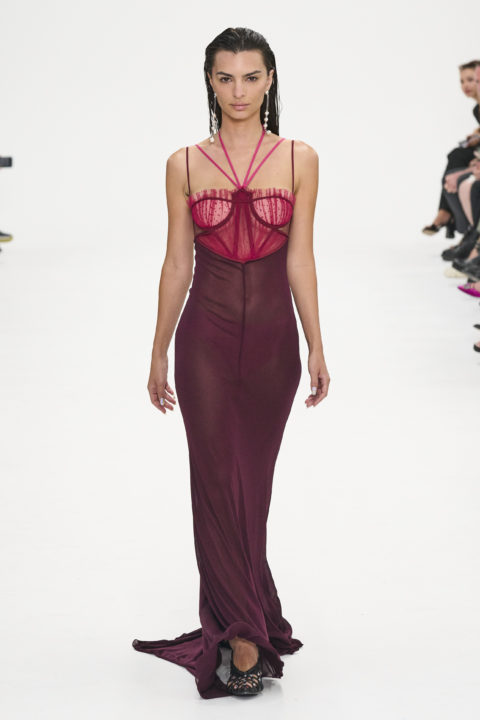 In one of the buzziest runway shows of the week, LVMH Prize winner Nensi Dojaka rolled out a fresh series of bodycon looks. The Fashion East alum is known for her lingerie-inspired pieces and this collection was “a continuation of ideas” that built on her constructions from past seasons (though Spring 2023 features lace for the first time as well as shoes that will actually be put into production). Dojaka also created a sustainable dress, which uses fabric from other fashion houses and will be available in limited quantities. Emily Ratajkowski wore it to lead the show finale, where all the models carried a spring of lily of the valley in tribute to the Queen.