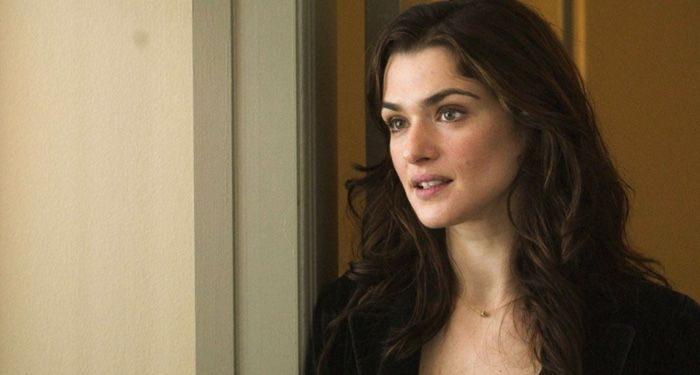 The Bookish Life of Rachel Weisz Rachel Hannah Weisz was born in London on March 7, 1970. Her parents were Jewish immigrants who came to England in 1938 for obvious reasons. She has one younger sister, Minnie, who is an artist. Rachel began modeling at age 14, turning down an offer to appear in King David with Richard Gere (my best guess is the role was Tamar, who was ultimately played by Gina Bellman). She began acting, and co-founded Cambridge Talking Tongues, a dramatic group, at Trinity College.

She began working in television in 1992, with an early role in the 1994 BBC miniseries Scarlet and Black, based on the novel The Red and the Black by Stendhal, starring Ewan McGregor. She alternated between film, television, and stage for a few years, with a breakout stage role in Design for Living by Noel Coward. One of her earliest Hollywood movies was Going All The Way, based on the novel by Dan Wakefield, and her first starring role was in Swept from the Sea, based on the short story by Joseph Conrad.

After a handful of other roles, including the lead in Land Girls, based on the novel by Angela Huth, she had her big Hollywood breakout in 1999’s The Mummy. Loosely based on the 1932 movie of the same title, the movie was not particularly bookish in creation but the role most certainly was: she played Evie Carnahan, a librarian, Egyptologist, and the only person in the party who could read the ancient Book of the Dead. (Her on-screen romance with Brendan Fraser’s Rick O’Connell in The Mummy also served as a bisexual awakening for thousands, if not millions, of Millennials, which should not be discounted.) Weisz as librarian Evelyn “Evie” Carnahan in The Mummy (1999)

After that, the bookish roles came fast and heavy. On stage, she starred in the Tennessee Williams play Suddenly Last Summer and Neil LaBute’s The Shape of Things. During the latter play’s run, she met Darren Aronofsky, the director, and they began dating; they would go on to have a child together and become engaged, but never married. In 2002, she was in About a Boy, based on the novel by Nicholas Hornby, The Runaway Jury, based on the John Grisham novel, and an adaptation of The Shape of Things. 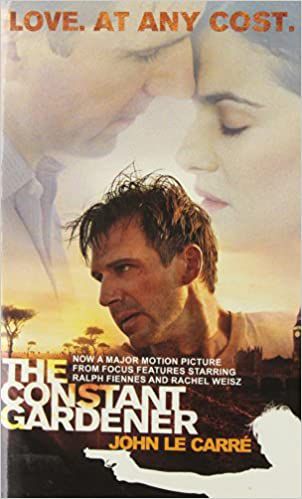 In 2005 she starred in The Constant Gardener, from the John le Carre novel, and Constantine, from the DC Comics. She won several acting awards for The Constant Gardener, but strangely none for Constantine. The following year she appeared in voice only in Eragon, from the novel by Christopher Paolini. In 2009 she returned to the stage in A Streetcar Named Desire and also starred in the movie adaptation of Alice Sebold’s novel The Lovely Bones.

In 2011 Weisz married Daniel Craig, who was then starring in the James Bond films, based on the books by Ian Fleming; the same year, she became an American citizen and starred in the movie adaptation of Terence Rattigan’s play The Deep Blue Sea. In 2012 she appeared in The Bourne Legacy, based on the Bourne series by Robert Ludlum, and in 2013 she was Evanora, also known as the Wicked Witch of the East, in Oz the Great and Powerful, a prequel story to the Oz books by L. Frank Baum; the same year, she and Craig appeared together on Broadway in Harold Pinter’s Betrayal.

Her dual film and stage career continued to thrive, with appearances in 2016 in The Light Between Oceans, based on the novel by M.L. Stedman, and Denial, based on Deborah E. Lipstadt’s autobiographical History on Trial: My Day in Court with a Holocaust Denier, playing Lipstadt. In 2017 she starred in an adaptation of My Cousin Rachel by Daphne Du Maurier, which was previously adapted in 1952 starring Olivia de Havilland and in 1983 with Geraldine Chaplin, and in Disobedience, based on Naomi Alderman’s novel.

Weisz’s most recent bookish role was in Black Widow, based on the Marvel comics. A movie based on Mark McShane’s Seance on a Wet Afternoon has been announced; that book was previously adapted in 1964 starring Kim Stanley. Although there are no further adaptations currently underway for Ms. Weisz, it is to be hoped that many more bookish roles are still to come.