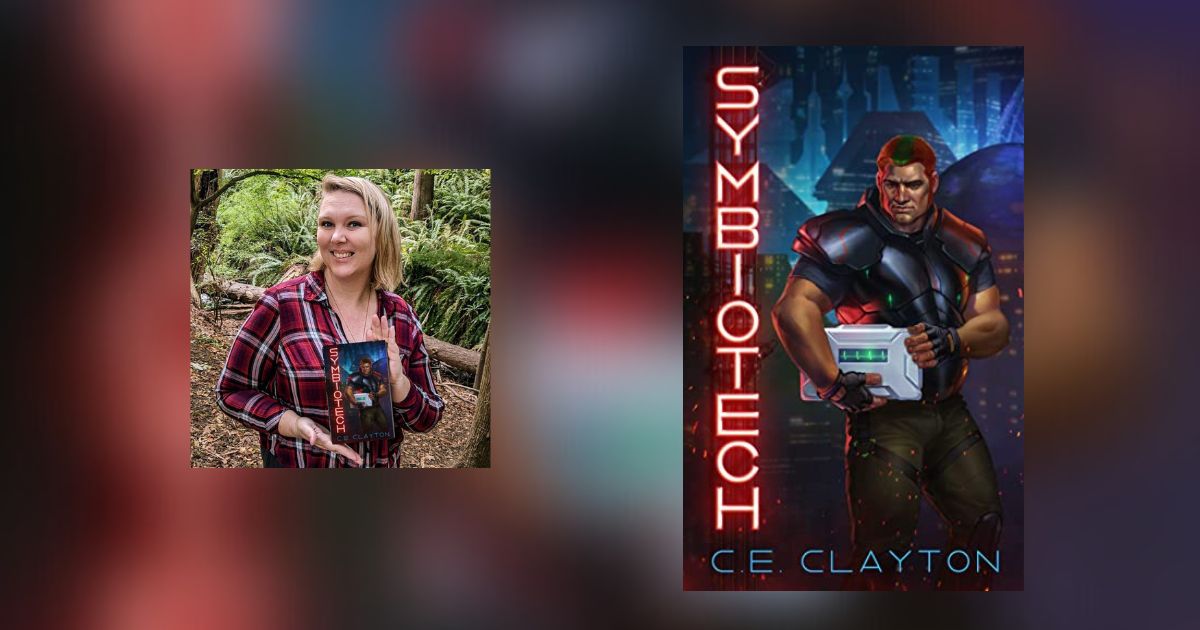 What’s the story behind the story? What inspired you to write Symbiotech: An Eerden Novel (Ellinor Book 3)?

Since Symbiotech is the third book in the Ellinor series, I’ll speak more generally to the reasons why this series was one I really wanted to write. After I finished writing my YA series, I really wanted to explore a twist on the kind of revenge and redemption arc that was/is so popular for a lot of fantasy main characters, especially female MC’s. I wanted to tie those themes in with the grief that so often gets ignored for the pure revenge aspects of the trope and plot line, especially in YA fiction.

Grief and mourning present themselves in so many different ways, and for me, a lot of my grief usually stays in that “anger” stage for a very long time. My anger, sorrow, and unhappiness during my periods of grief always made me feel really unlikeable, when in reality I was simply hurting and I couldn’t make people understand that. I wanted to explore that further with my main character, Ellinor. Revenge became her whole personality, her grief all-consuming, and it made her hard to love, but that didn’t mean she was undeserving of it.

Over the course of the series, Ellinor learns that just because she suffered a terrible loss, her life doesn’t have to be over. She still has friends and a chance at more than just living to die for her vengeance. At its core, my Ellinor series, and especially Symbiotech, is a story focused on second chances, of still being worthy of life and love even with depression and going through intense grief.

If you had to pick theme songs for the main characters of Symbiotech: An Eerden Novel (Ellinor Book 3), what would they be?

I make so many playlists for my books that of course my main characters have a theme song! I love having readers have access to my playlists and having them pull their own meaning from the songs. I’ll list out the theme songs of my characters, and then you tell me why you think those fit them once you meet them all! Ellinor: “Can’t Go to Hell” by Sin Shake Sin Kai: “My Blood” by Twenty One Pilots Jelani: “Lion” by Saint Mesa Fiss: “Kintsugi” by Gabrielle Aplin.

I love a good science-fantasy (think things like Star Wars, The Locked Tomb series, or Arcane)! I’m not huge into hard science fiction, and I tend to like fantasies that are a little more grounded without being complete urban fantasies.

Science fantasy often mixes advanced technology with magic, and I love to both read and write in that genre. I used to write strictly YA fantasy, but as I’ve grown as a writer, I’ve started to appreciate more and more the freedom and unique story elements science fantasy allows me to explore.

My TBR pile is embarrassingly long. The sheer number of unread books I own but haven’t had a chance to read yet is staggering, but pretty par for the course of any booknerd. My current TBR for the upcoming month of December though consists of 3 books. One I’ve owned forever and just haven’t started, a series I am very close to finishing, and a fellow indie author’s book. Can you guess which is which? A Court of Thorns and Roses, A Conjuring of Light, and Bloodsworn.

I don’t want to spoil anything, but there is a scene with a sentient robot of sorts in Symbiotech that was my favorite to write. It was one of those scenes that I loved because it reached back to an early 2000’s time when we all had embarrassing screen names and gamer handles online, and the annoying characters we dealt with during that time. I was half expecting to cut the scene, as sometimes it’s more fun for me than it is my readers, but my beta readers and my editors all independently burst out laughing during the scene and the introduction of this particular character. It made me so happy that a scene that I personally loved because of its ridiculousness was something that everyone else really enjoyed, too. So that was by far my favorite scene to write.

I don’t know how quirky it is, as I don’t have a lucky mug or any sort of writing superstitions I stick to, but I can’t write in silence. I need hours and hours of music going constantly in order to stay focused and write. It’s not wordless music either, it’s usually a playlist of some kind, with words, that match the mood or vibe of the particular emotional beat I’m writing. But I cannot listen to audiobooks or podcasts when writing. While music with lyrics is perfect for me, anything else doesn’t work for me and I end up listening more to the podcast than I would actually writing my book.

My mottos to “live” by tend to change a lot with the phases of my life, so I haven’t had one I’ve stuck to for my entire life. However, the current one I try to follow the most (and also happens to be a recent bookish tattoo quote from my favorite book, Gideon the Ninth) is “Death First to Vultures and Scavengers”. It’s a little hostile, but that’s the place I’m at in my life now, where I guard my emotional resources and boundaries very aggressively and I won’t tolerate those people who look to either take advantage of me while I am at a weak point, or people looking to pick away at my mental energy.

I want readers to walk away remembering that it is never too late to start over or change directions. That having only one chance to get something right or to be in love, is a myth. It’s a lesson that my main character has spent years learning, because it’s one that I spent years learning myself.