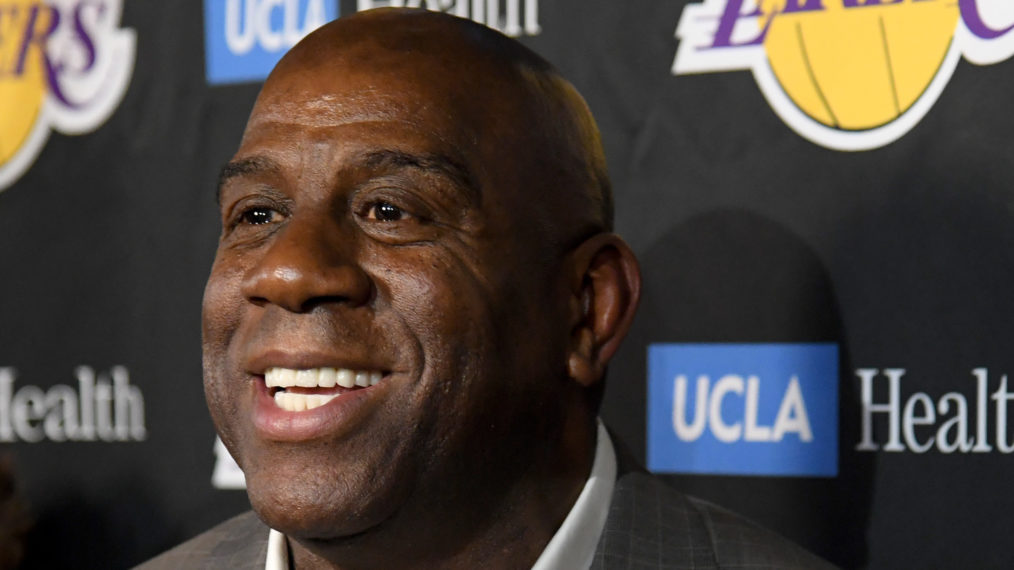 A TMZ reporter recently asked Johnson if he was excited about Winning Time: The Rise of the Lakers Dynasty, the scripted drama set to premiere on HBO in March. The highly-respected point guard didn’t exactly beat around the bush when it came to his answer.

“No, we got different shows coming out,” Johnson said. “I got one, then you got Jeanie Buss got one coming out. Those are the ones I’m looking forward to.”

When the TMZ reporter followed up to find out if the HBO series had Johnson’s blessing, the 10-time NBA champion replied, “Well, like I said, I’m not looking forward to it. I’m gonna leave it at that.” And when asked if he was planning to watch, Johnson gave a firm “no.”

As Johnson mentioned, he’s currently working on his own Lakers project for Hulu. The nine-part docuseries, led by director Antoine Fuqua and Lakers’ CEO and controlling owner Jeanie Buss, will feature interviews with coaches and players as it highlights the different phases of the Lakers.

Jeanie Buss is also working on a Lakers-inspired workplace comedy series for Netflix, from writer Elaine Ko and executive producer Mindy Kaling. The series follows fictional team governor Eliza Reed as she navigates NBA ownership and family drama with her best friend by her side. Netflix has ordered a 10 episode season.

Winning Time: The Rise of the Lakers Dynasty, March 2022, HBO