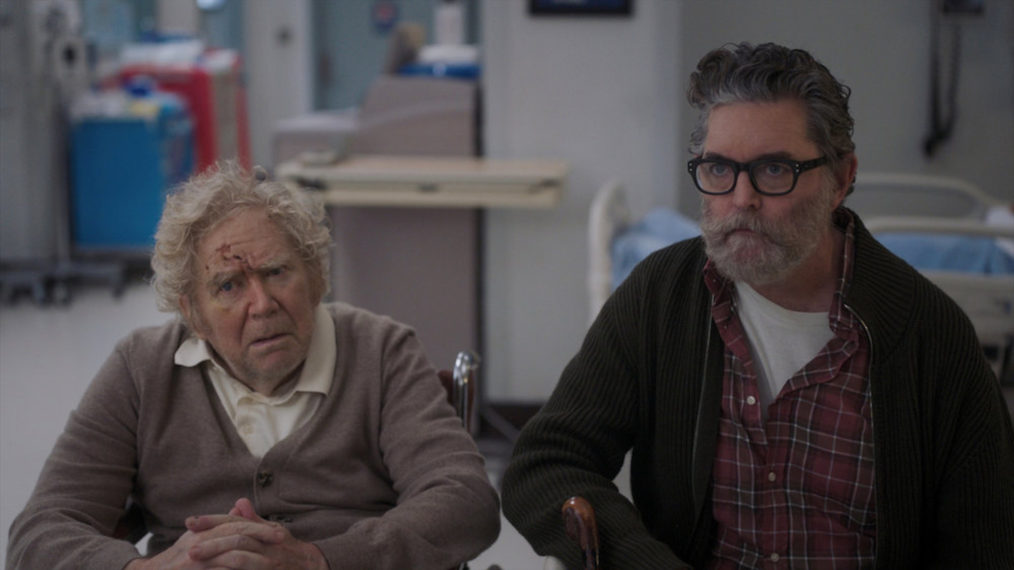 Timothy Omundson on His ‘New Amsterdam’ Guest Spot & ‘This Timothy Omundson is stepping back into Carlton Lassiter’s shoes for Psych 3: This Is Gus. But between his appearances in the Psych movies (Psych 2: Lassie Come Home came out in 2020), he’s continued to recur on This Is Us and most recently guest starred on New Amsterdam. So what might the future hold for him on both those shows?

With This Is Us entering its final season on NBC in the midseason, will that include a return from Gregory (who, like the actor, is recovering from a stroke)? “I hope so,” Omundson tells TV Insider. “I don’t know if there’s actual plans to bring Gregory back at this moment. but with that show, you never know. [Creator] Dan [Fogelman]‘s an amazing writer and I wouldn’t be surprised if I suddenly got an email or text from Dan saying, ‘Hey, you’re up in three weeks,’ which, just for the record, I have not received that call yet.”

He also guest starred, alongside John Christopher Jones, in the October 26 episode of New Amsterdam. They played comedy partners Kit and Bob, who, like the actors, were recovering from a stroke and had late-stage Parkinson’s, respectively. “I loved that it didn’t focus on our disabilities, it focused on our friendship,” Omundson says.

“That was an incredible experience and gift that [creator] David Schulner gave me because that was the first time I’d been on a set without people that I’d worked with before. So it was a pretty scary and challenging thing, but that crew is really wonderful,” he continues. “And John Christopher Jones, my scene partner, was so dynamite, and he and I just immediately clicked and had this great chemistry right away. I’m so happy with how it came out.”

Kit and Bob were easily the most entertaining patients to come into Dr. Lauren Bloom’s (Janet Montgomery) ED in the series. Every line they said was comedy gold. “The wonderful thing about that experience is Laura Valdivia, the writer of that episode, was really gracious in letting us ad-lib and pitch jokes. So a lot of our ad-libs actually made it in there and because those guys are comedy writers, it just flowed,” Omundson shares. “And Chris and I had had a very similar sense of humor and pace and timing.”

If you’re like us and hope to see Omundson and Jones back as Kit and Bob, you’re not alone. “I would not be surprised [if we see more of them]. I think it’s definitely a possibility. I know the producers and writers are trying to think of ways to maybe bring those guys back. Shaun [Cassidy], the writer, emailed me with his pitches of ‘the comedy boys go to college, the comedy boys on ice.’ I think the comedy boys on ice was my favorite. So I know he would love to be able to do one,” Omundson says.

“It was such a gift. To give guys, actors in our physical situation opportunities to work again is just incredible. John is 18 years into his Parkinson’s now and still sharp and funny as ever. That moment where I’m pushing on the wheelchair and he starts using my stick as a paddle was just pure inspiration at the moment and just almost had me falling over, laughing,” he shares. “He just cracked me up. He was so smart and funny in that.”