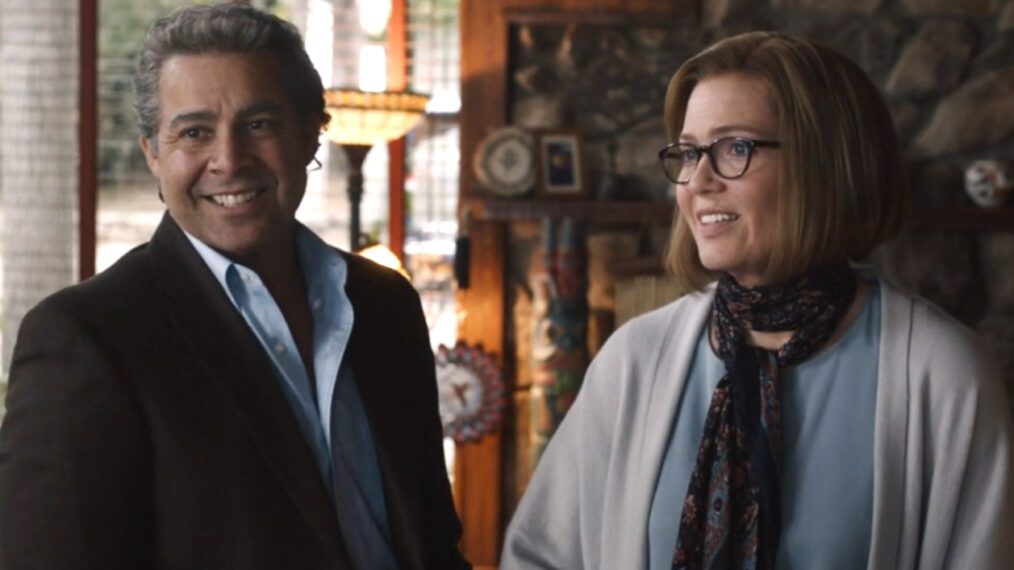 ‘This Is Us’ Star Jon Huertas on Miguel & Rebecca’s This Is Us is only a few episodes into its big final season and already the nerves are high over the looming heartbreak that’s sure to be ahead for the Pearsons.

But there are always bright spots amid the tear-inducing drama, and for Season 6, that has come in the form of Rebecca (Mandy Moore) and Miguel’s (Jon Huertas) relationship. Most recently, in the episode, “One Giant Leap,” Rebecca reflected on the version of herself that Miguel ended up with (especially after her Alzheimer’s diagnosis) versus the one Jack (Milo Ventimiglia) got in the past during their marriage.

Towards the episode’s end, she asks Miguel to start salsa dancing again after they stopped a while back, making way for new moments of fun in their ongoing relationship. So, what else does Season 6 have up its sleeve for Rebecca and Miguel fans? Huertas teases, “I think people are going to be pleasantly surprised and pleased with how the story between Rebecca and Miguel unfolds.” The actor, who is set to direct Season 6’s third installment, “Four Fathers,” reveals that “there’s going to be a range of emotions,” when it comes to Rebecca and Miguel’s situation on the show. “I think there’s going to be excitement over what’s possible between these two characters.”

While Miguel has wormed his way into the hearts of most fans over the seasons, Huertas promises that this season will change any doubts viewers might have about the strength of Rebecca and Miguel’s love. “Rebecca and Miguel’s relationship kind of evolves from just friends, two people mourning the loss of someone they both loved, to sadness, to joy,” states Huertas.

But Season 6 builds “a real appreciation of this couple and what Miguel means to the Pearson family and then what Miguel means to Rebecca ultimately,” the actor reveals. Despite the moments of joy that they might find together, Huertas goes on to say he recently filmed “one of the most heartbreaking moments I’ve ever played onscreen before as an actor,” for this season. “It was amazing to be a part of it with Mandy Moore.”

So, does this mean we’ll finally get the full-fledged Rebecca-Miguel romance origin episode? When we asked Huertas, he said, “I think there’s going to be [a] Miguel and Rebecca episode that has to do with romance for sure.” Whether it will be about the beginning of their relationship or not remains to be seen.

As for the bigger question looming over Miguel and Rebecca’s story, we also asked Huertas about his character’s whereabouts in that recurring flash-forward sequence. “I can’t comment,” he teases. “I don’t even know if I know a hundred percent where Miguel is, but you’ll have to just wait and see.”

Stay tuned for Huertas’ directing in the next episode of This Is Us and for more Rebecca-Miguel screen time as the show’s sixth and final season continues on NBC.