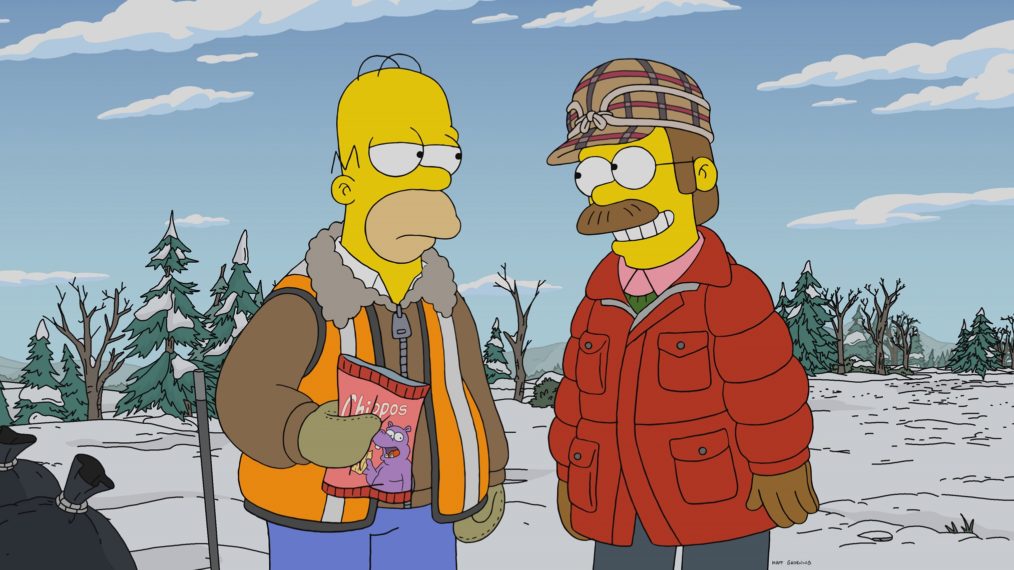 ‘The Simpsons’: First Look at ‘A Serious Flanders’ Two-Part Special The Simpsons are shining a spotlight on Ned Flanders in the upcoming two-part episode “A Serious Flanders,” and Fox is giving viewers a first look at the drama.

Branded as an “Emmy-baiting crime drama,” the installments with a Fargo feel will air over two Sundays on November 7 and November 14. The all-new trailer offers a peek into the special episodes which see Homer and Ned’s lives sucked into the artsy yet violent world of prestige TV. The action kicks off with Ned finding a bag of money and donating it to a local Springfield orphanage, landing himself and a jealous Homer in the crosshairs of a dangerously ruthless criminal debt collector. The baddie will stop at nothing to get the cash back, and Ned and Homer are in jeopardy.

“God?” Ned answers a ringing telephone after praying by his bed. The response he gets is anything but reassuring as the debt collector tells him, “not quite, church scum.”

In the trailer below, see Ned, Homer, Marg, Lisa, Bart, and the rest of the gang like never before as the laughs transform and the stakes are raised. Don’t miss “A Serious Flanders” on Fox beginning this weekend, and catch the trailer, below.