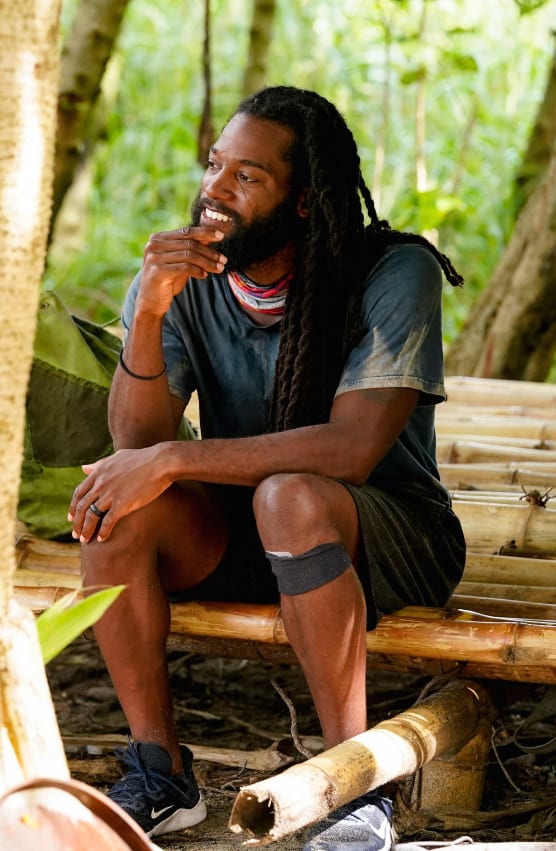 It wasn’t the most exciting hour of television, but sometimes it’s nice to enjoy the calm before the storm.

On Survivor Season 41 Episode 12, fatigue is definitely setting in. Everyone’s looking to make a Final Three deal and weighing their options.

Most of the answers should be obvious, but seeds can still be planted.

Erika is letting Deshawn get to her. They’ve been together for the entire game — as they are both eager to point out — but have never felt truly aligned.

It’s true that they have very different styles. It’s still not totally clear what Erika’s style is or how it differentiates from Heather’s game.

Now, we’re not out there on the island, but from where we’re sitting, it’s clear Erika has a much better shot against Heather than literally anyone else. Is it possible she could win against Deshawn and Xander in their supposedly ideal Final Three? It seems extremely unlikely.

Erika’s most “winning” quality is that she has never been voted out despite being talked about and targeted many times, especially in the early game. Bigger fish emerged, and she managed to stay afloat. She could have been a huge target after the hourglass-smashing, but instead, she faded into the background.

Now, she may not get credit for her big moves unless she owns them.

It was nice to have a follow-up to last week’s heavy tribal council, with Deshawn having one-on-ones with Danny, Heather, and Erika.

After her silence at tribal council (at least that’s how it was edited), it was valuable to have Erika’s input as a woman of color and get her views on representation and how it affects the way they play.

It was so generous of Deshawn to answer Heather’s questions regarding race and where he’s coming from. He didn’t need to do that, but his gregarious personality saw the opportunity to open a friend’s eyes.

Though he would turn on them later, it doesn’t negate the value of the conversations they had as friends, which can exist in tandem with the game.

Ricard’s instincts are a little bit off and always have been. That’s why he and Shan were so great together — she knew how to read people, and he knew what to do with the information.

As it stands, he suspected wrongly that Danny had the idol. Now, this really didn’t affect Ricard’s game in the long run, but it certainly affected Danny and Deshawn’s.

Ricard has a very good shot and winning Final Four Firemaking as well as the subsequent immunity challenges. Whoever beats him in any of these will be considered the one who got him out, and it will add another notch to their resume.

My bet is that Xander will be the one to do it if anyone — but I’d love to be wrong!

Will a woman win this season? It seems long odds at this point. I’m still rooting for Erika, but I’m seeing her chances fade. It will take someone else failing at tribal council or — Survivor Gods preserve us! — a surprise Final Two with Heather to clinch her a win.

It’s been a long time since a woman’s won. I want to see a woman win, ideally me.

Deshawn has proven time and again that, while he does play a good game, he has this strange tendency to convey it in an aggressive and clumsy way. He’s tremendously charismatic, as was shown at tribal council, but he has no one else to blame but himself if he crashes and burns.

As far as being entertaining, he’s one of the standouts of the season. Even Jeff often seems taken aback by Deshawn’s energy and incredulity. It’s hilarious to see the host’s reactions.

If anything, Deshawn overplays. He refuses to lay low, ever. He likes to stir things up for the sake of it, and doesn’t really think things through. When he makes a terrible move or gets caught in a lie, he doubles down instead of coming clean.

Your truth bomb was a little bit more of a truth kamikaze, my friend.

Deshawn had done so well up until tribal council. Erika wanted to take him to Final Three. She still might, especially now that the jury’s seen the way he was willing to blow up his own game. Having Heather and Deshawn beside her would be Erika’s easiest path to victory.

That idol search was what did Danny in, unfortunately. He was a quiet, solid titan who managed to play — for the most part — with the integrity and loyalty he had always hoped to. I get the feeling that the others were really hoping Danny had an idol to play, getting Deshawn out by default.

I left my soul out here in Survivor.

It begs the question — if Danny and Deshawn knew the others thought Danny had an idol, couldn’t they have come up with a play there rather than just vote for each other and hope for the best?

There were only six of them left. A 2:2:2 tie might not have changed much in the long run, but it would have been better than just admitting defeat. If they had played it up, they could have even potentially flushed Xander’s idol.

Oh, yeah — how does Xander STILL have an idol?!

What a brutal twist to end on!

Even the Final Five don’t get to enjoy their placement. They will go to a new island with no supplies and no food. This will likely be the hardest on Heather and Ricard — Deshawn, Erika, and Xander have recently eaten.

It’s going to be a long, brutal road to the finish. Whoever gets there cannot say they haven’t earned it — yes, even Heather, the fifty-two-year-old stay-at-home mom, lasted over three brutal weeks along with everyone else.

I know I don’t give her enough credit (I don’t think many people do), so this is me, giving Heather credit where it’s due. It takes guts to go out on Survivor.

Though most of her journey has been invisible to the viewers, if the one takeaway from her presence on this season is that there’s always room for personal growth, then that’s a legacy she can be proud of.

I want this season to make a difference.

What did you think of this episode? Are you excited about the finale? Share your thoughts in the comments!