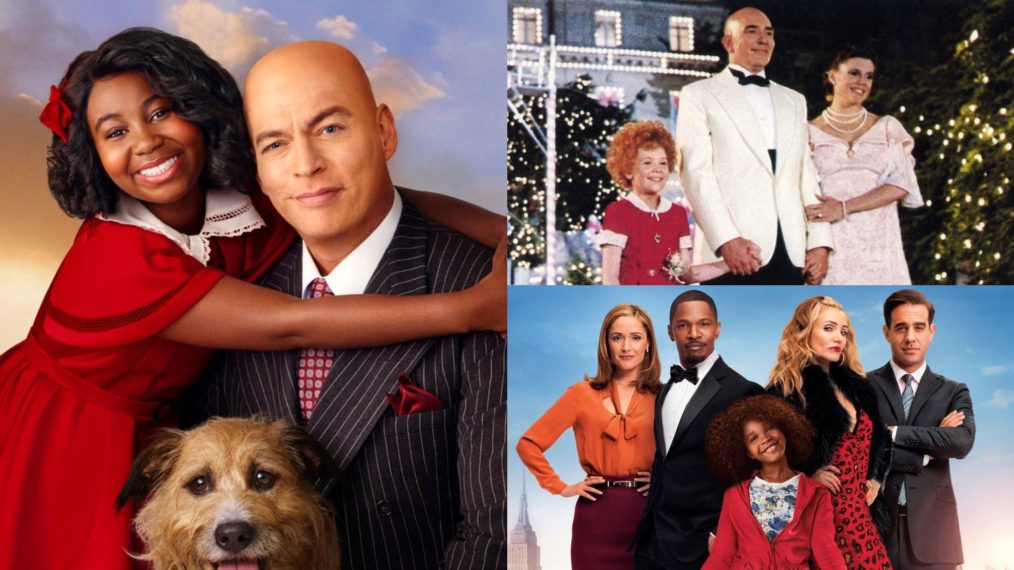 See How the ‘Annie Live!’ Cast Stacks Up Against Their Annie Live! is sure to be a must-watch holiday event for the whole family, bringing the classic Broadway hit to life like never before. The NBC special featuring newcomer Celina Smith as the titular orphan has released the full official cast for the anticipated live production.

President Roosevelt will be played by actor/activist and real-life polio survivor Alan Toy, the first actor with paralysis to ever play the role. Playing Annie’s orphan friends are Felice Kakaletris as Molly, Cate Elefante as Kate, Sophie Knapp as July, Tessa Frascogna as Tessie, Arwen Monzon-Sanders as Duffy, and Audrey Cymone as Pepper.

Scroll through the gallery below to see all the famous faces who’ve brought the legendary musical to life over the years and how they stack up against the new live cast!