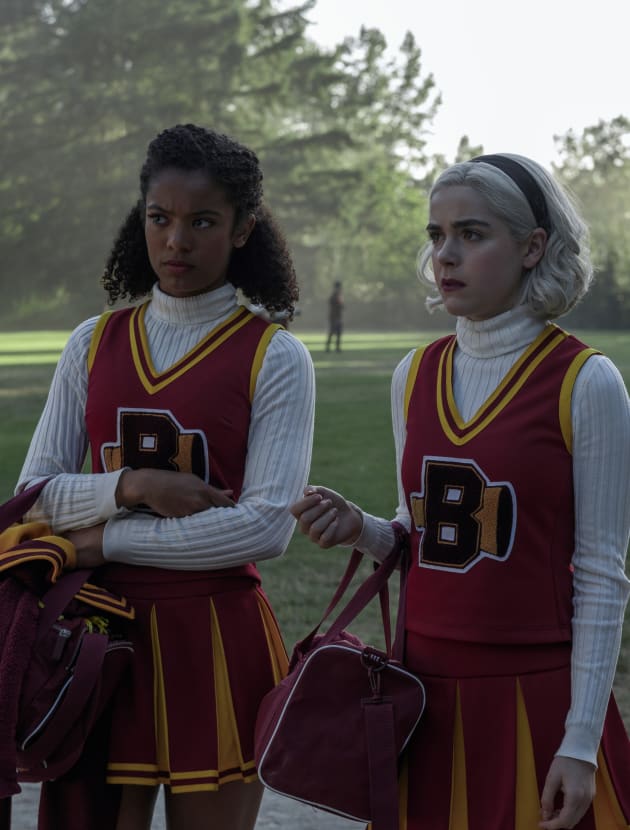 Sabrina Spellman is making her way to Rivervale.

As previously reported, Kiernan Shipka will reprise her role as the teenage witch on Riverdale Season 6 Episode 4, and the episode airs next week.

“As Bailey’s Comet passes over Rivervale, Cheryl (Madelaine Petsch) and Nana Rose (guest star Barbara Wallace) revisit the tragic stories of the Blossom women through the years,” reads the official synopsis for the exciting installment.

Fans have long wanted a crossover between the two shows, and with Chilling Adventures of Sabrina canceled, this is the next best thing.

“We’ve been talking about having Sabrina visit Riverdale since season 1, so it’s thrilling that this is finally happening, as part of our ‘Rivervale’ special event,” Aguirre-Sacasa said to the outlet.

“It’s also perfect that she shows up to help Cheryl Blossom during her hour of greatest need. Everyone on set lost their minds — I think fans will, too. It’s really fun and special.”

The episode in question finds Cheryl up to no good as she casts a dangerous spell that could mean “the difference between life and death for a beloved member of the Blossom family,” EW teases.

Chilling Adventures of Sabrina concluded with a big cliffhanger, so it would be nice if there was some resolution thrown in there for the fans.

Then again, the events in Rivervale seem ripped from the nightmares of one of the characters, so it could all be ret-conned.

The latest teaser for the episode in question shows Sabrina’s arrival, but that’s about it.

We’ll need to tune in to the highly-anticipated hour when it airs next week.