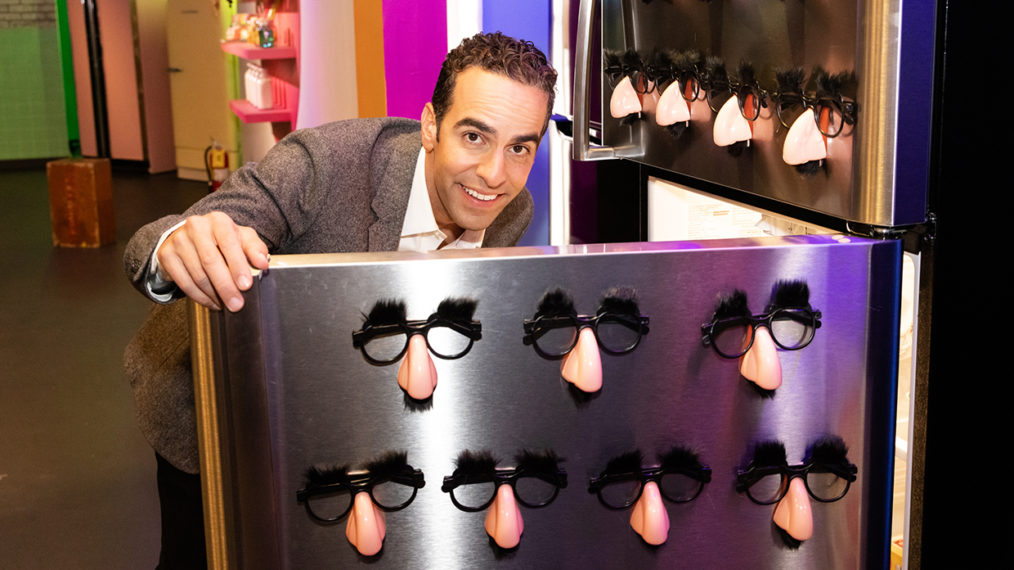 Looks can be deceiving and cooks can be deceived in the new competition, Raid the Fridge, that dares contestants to create cuisine from whatever food is stocked inside a refrigerator of their choice.

The catch, host Dan Ahdoot says, is the chefs choose their fridge based solely on the photos and magnets on the door. For every obvious option — “if there’s a lobster magnet, there’s probably lobster inside,” the food writer and comic offers — there’s a craftier possibility to consider.

“What about a picture of the Statue of Liberty? Does that mean pizza? Cheesecake?” Episodes put four chefs through three themed elimination rounds, with the winner walking off with $10K. Don’t worry, none of the ingredients have gone bad.

“We’re not trying to kill people here,” assures Ahdoot, who gets to sample the eats with judges Jordan Andino and Jamika Pessoa. “This is a fun food-competition show, not Squid Game.”