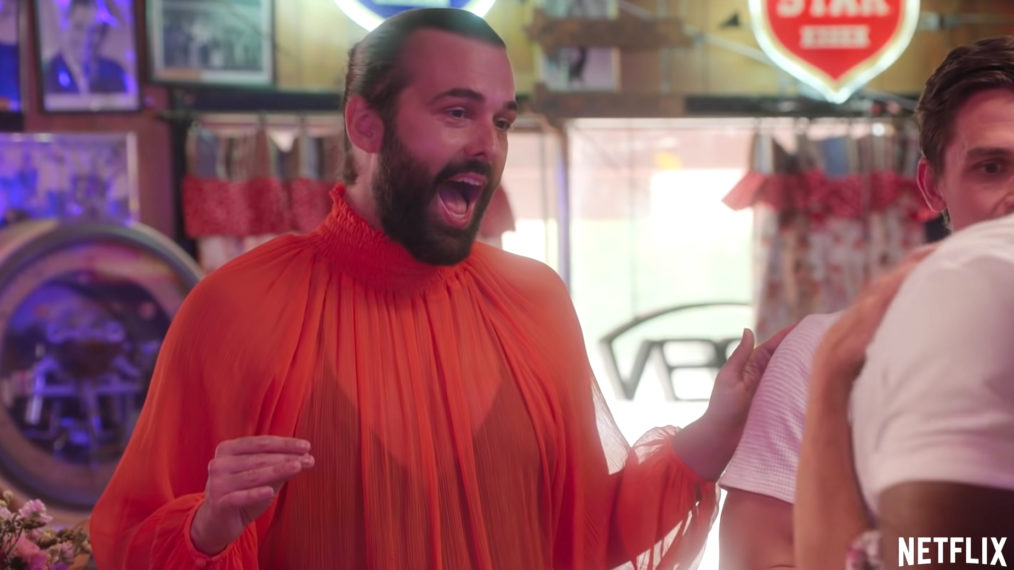 The Fab 5 are back and taking over Austin, Texas in the upcoming sixth season of Netflix‘s Queer Eye, premiering on New Year’s Eve.

Netflix has dropped the official trailer (watch below) for the new season, which sees hosts Tan France, Karamo Brown, Antoni Porowski, Jonathan Van Ness, and Bobby Berk taking their makeover skills to the Lone Star state to help out the locals.

Among those that the guys will be helping this season are students at Navarro High School, who are preparing for their rapidly approaching prom. Luckily, the Queer Eye contingent agrees to join the prom committee just one week before the big formal dance.

Elsewhere, the gang freshens up a dirty cowboy, offers advice to a young person beginning their transition, and helps a local bakery business stay afloat in the hard times of the pandemic. As can be seen in the teaser, viewers can expect plenty of happy tears and feel-good moments along the way.

Interior Design expert Bobby Berk also promises “by far the biggest thing we’ve ever done on Queer Eye,” which looks to be some sort of elaborate contraption being set up.

Speaking to Screenrant last month, Berk said that Season 6 is a lot more emotional than previous seasons, in large part due to COVID. “A lot of our heroes have been through a lot through the pandemic,” he said. “They’ve lost family, they’ve lost businesses, they have lost their platform to get their businesses and art out there.”

He continued: “So it was really great to be back to doing what we’re doing and be reminded of the importance of it. There’s a lot more emotion, I’d say.”