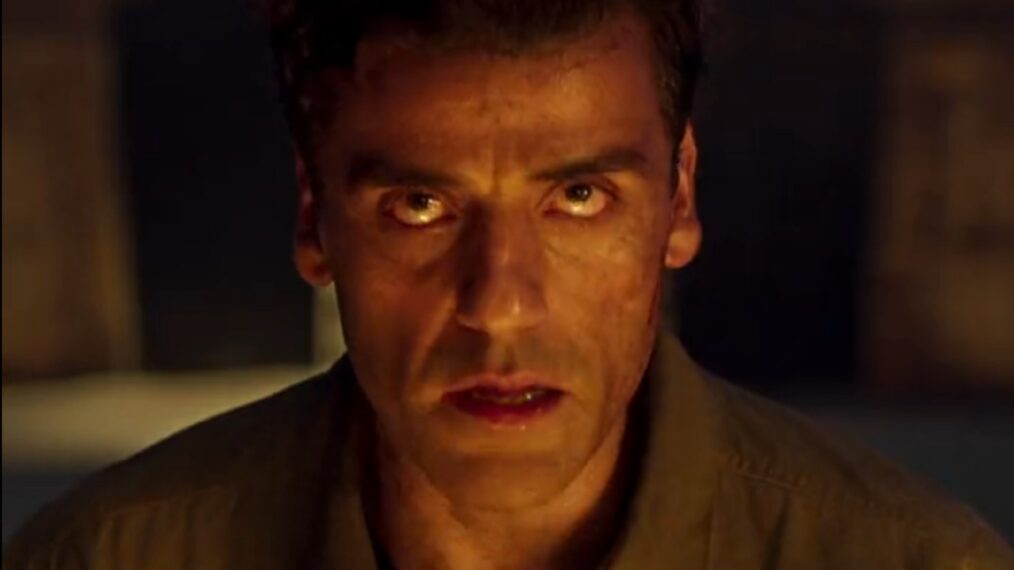 Disney+‘s next Marvel series is on its way — at least a trailer is — as Hulu teased the first look of Moon Knight on social media.

The full trailer for the series starring Oscar Isaac and Ethan Hawke will officially debut during the NFL Super Wild Card matchup on Monday, January 17. No exact time has been given for the preview’s airtime during the game, but Hulu did share a 15-second tease to give fans a taste of what they can expect.

“Tune in MONDAY for the world trailer premiere of the all-new @disneyplus original series, @marvelstudios’ #MoonKnight during the NFL Super Wild Card matchup on @espn /@abcnetwork,” the teasing tweet stated alongside the video.

Moon Knight is described as a globetrotting action-adventure series that features a complex vigilante who suffers from dissociative identity disorder. The multiple identities who live inside him find themselves thrust into a deadly war between the gods against the backdrop of ancient Egypt.

Tune in MONDAY for the world trailer premiere of the all-new @disneyplus original series, @marvelstudios’ #MoonKnight during the NFL Super Wild Card matchup on @espn/@abcnetwork. pic.twitter.com/p248BIAcM7

The project has yet to reveal a premiere date, but it is possible that one could be unveiled during the official trailer debut. Moon Knight is directed by executive producer Mohamed Diab who works on the series alongside head writer Jeremy Slater.

Should Moon Knight arrive soon, it would be the first Disney+ Marvel series to stream in 2022 following the success of the studio’s other streaming hits from 2021 including WandaVision, The Falcon and the Winter Soldier, Loki, What If…?, and Hawkeye.

Other highly anticipated titles from Marvel that are expected to arrive in 2022 include She/Hulk and Ms. Marvel. Stay tuned for the full Moon Knight trailer during the NFL Super Wild Card matchup this Monday, January 17, and catch the brief tease posted by Hulu, above.