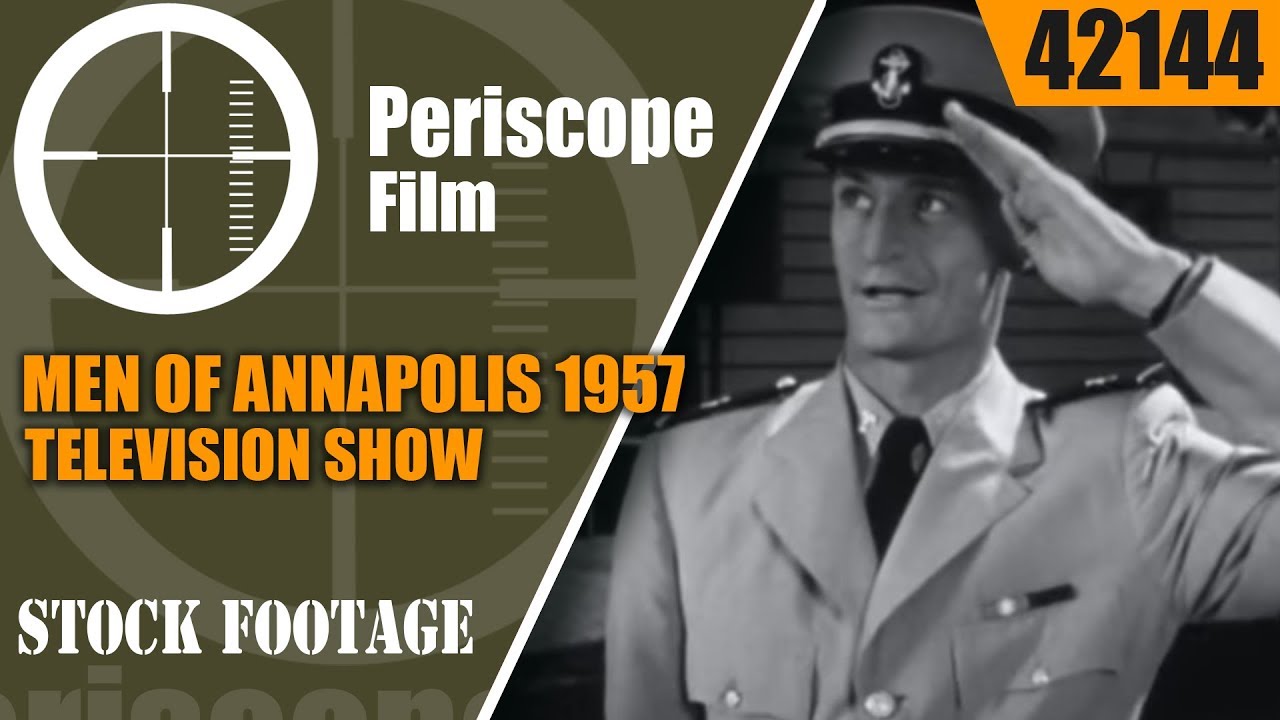 Produced in 1957-58 when, thanks to the WWII generation, military TV shows were all the rage, “Men of Annapolis” competed with shows such as “Silent Service”, “Navy Log” and “The Big Picture” for attention. This particular episode “The Look Alike” features Tecumsah McGuire, a midshipman who has a broken nose with deviated septum. Everyone makes good fun of his special feature… Then a surgeon give him a nose job and fixes the problem. But then Tecumsah is unhappy with his new “normal” look because people treat him differently and even his new girlfriend Madge liked the old look. So he ends up getting his old nose back!

The episode was directed by William Castle from a screenplay by Douglas Morrow. Carlton Carpenter plays the lead role in the episode with Audrey Dalton as Madge.

Men of Annapolis was a 41-episode half-hour syndicated drama television series in anthology format which aired from 1957–1958 and was hosted by the voice of Art Gilmore. Darryl Hickman appeared four times on the program as Dusty Rhodes, a fictitious midshipman at the United States Naval Academy in Annapolis, Maryland.

Men of Annapolis, a Ziv production (part of MGM), was filmed at the Naval Academy. Leonard Freeman, later with CBS’s Hawaii Five-O crime drama, was one of the writers of the series.

Carlton Carpenter was an actorr, songwriter (“Christmas Eve”), composer and author, educated at Bennington (VT) High School. He appeared on Broadway, in “Bright Boy”, “Three to Make Ready”, and “John Murray Anderson’s Almanac”. He appeared on television, and made many records.

We encourage viewers to add comments and, especially, to provide additional information about our videos by adding a comment! See something interesting? Tell people what it is and what they can see by writing something for example like: “01:00:12:00 — President Roosevelt is seen meeting with Winston Churchill at the Quebec Conference.”

This film is part of the Periscope Film LLC archive, one of the largest historic military, transportation, and aviation stock footage collections in the USA. Entirely film backed, this material is available for licensing in 24p HD and 2k. For more information visit http://www.PeriscopeFilm.com