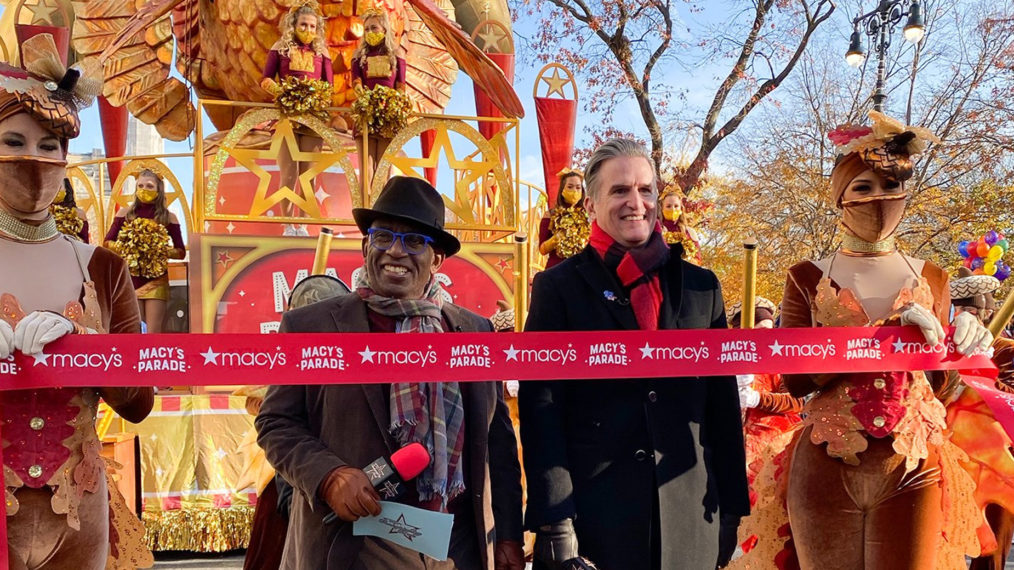 Macy’s Day Parade Returns For Thanksgiving with Baby Yoda and After being reduced to just one block by the coronavirus pandemic last year, the Macy’s Thanksgiving Day Parade was back in full swing this year as thousands of spectators lined the streets to take in the balloons and floats.

The Today show’s Al Roker, Hoda Kotb, and Savannah Guthrie helmed the NBC coverage, which saw 6,500 people coming together to work on the parade through New York City. This included marching bands, clowns, and other performers, in addition to 15 giant balloons and 28 floats. All those participating in the parade had to be vaccinated, though there was no requirement for spectators.

Kicking off the 95th anniversary of the parade was the cast of Annie Live!, which is set to air on NBC next month. This was followed by performances from other Tony Award-winning musicals, including the casts of Moulin Rouge, SIX, and Wicked.

She’s getting us in the holiday spirit! @Carrieunderwood never disappoints! #MacysParade @giphy pic.twitter.com/6wrEiCrQ8e

This year’s new balloons included Baby Yoda from Disney+’s The Mandalorian, marking the first time a Star Wars balloon was part of the festivities, and Ada from the upcoming Netflix show Ada Twist, Scientist, based on the children’s picture book by Andrea Beaty and David Roberts. Returning balloons included Spongebob Squarepants, Sonic the Hedgehog, Snoopy, and Pokémon, which celebrated its 25th anniversary with a new balloon of Pikachu and his friend Eevee sitting on a sleigh.

Meanwhile, new floats for this year’s event ranged from condiment maker Heinz to NBCUniversal’s Peacock streaming service to the Louisiana Office of Tourism.