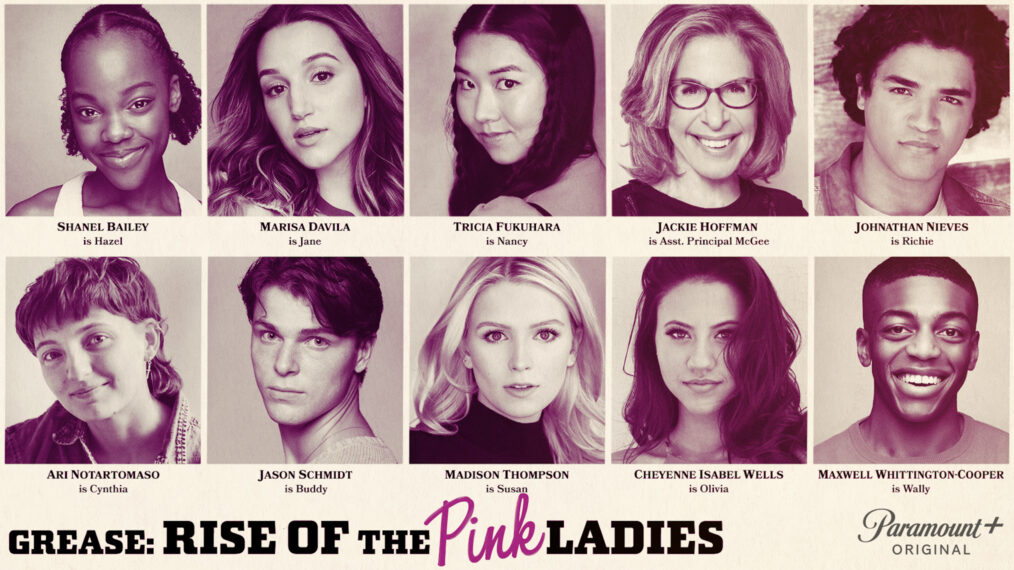 ‘Grease: Rise of the Pink Ladies’ Announces Cast as Production Welcome to Rydell High and the time before Grease.

Paramount+ has announced the cast for Grease: Rise of the Pink Ladies as production begins in Vancouver. The musical series will star Marisa Davila as Jane, Cheyenne Isabel Wells as Olivia, Ari Notartomaso as Cynthia, Tricia Fukuhara as Nancy, Shanel Bailey as Hazel, Madison Thompson as Susan, Johnathan Nieves as Richie, Jason Schmidt as Buddy, Maxwell Whittington-Cooper as Wally, and Jackie Hoffman as Asst. Principal McGee. Check out the full yearbook photo for the casting below. Rise of the Pink Ladies takes place four years before the beloved 1978 film Grease. “In 1954 before rock ‘n’ roll ruled, before the T-Birds were the coolest in the school, four fed-up, outcasts dare to have fun on their own terms, sparking a moral panic that will change Rydell High forever,” Paramount+ teases. The 10-episode season will be available later in 2022.

“We are thrilled to unveil our new original series that will introduce an incredible cast of young stars in the making and electrifying musical numbers you will fall in love with,” Nicole Clemens, President, Paramount Television Studios & Paramount+ Original Scripted Series, said in a statement. “Annabel and Alethea have managed to brilliantly capture the spirit of the iconic beloved classic film which like Rise of the Pink Ladies, is both set in the past but relevant to the present.”