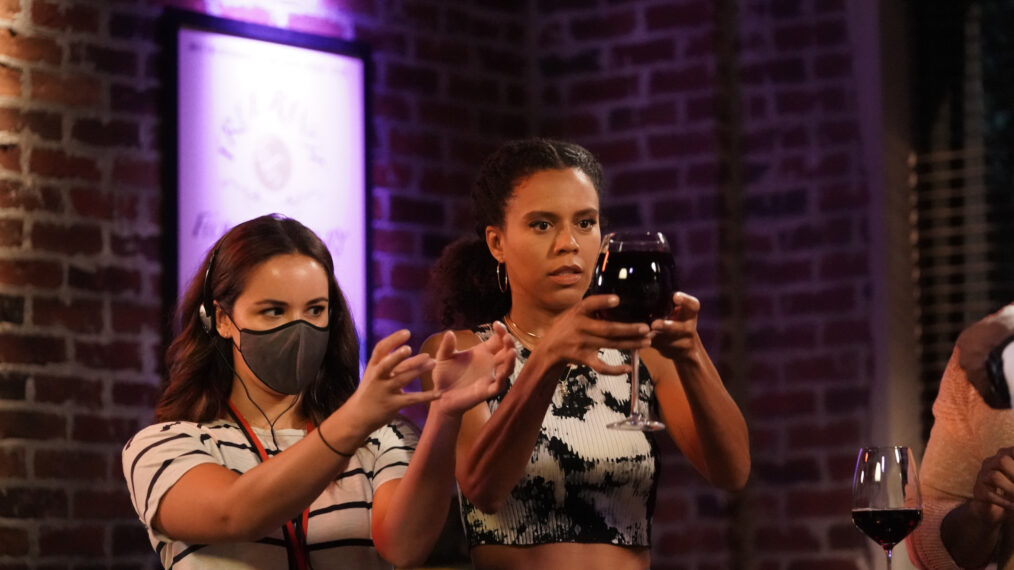 It’s a Brooklyn Nine-Nine reunion — behind the scenes at least — on Grand Crew!

Melissa Fumero, who starred as Amy Santiago through all eight seasons (2013-2021), directed the January 18 episode of the new NBC comedy, TV Insider has learned exclusively. Check out photos of Fumero on the set of Grand Crew with the cast above and below.

Grand Crew follows a group of young professionals, all trying to navigate the ups and downs of life and love in Los Angeles — and making sure to find time to gather at their favorite bar to “wine down” and unpack everything. It stars Echo Kellum as Noah, Nicole Byer as Nicky, Carl Tart as Sherm, Aaron Jennings as Anthony, Justin Cunningham as Wyatt, and Grasie Mercedes as Fay.

In the January 18 episode, “Wine & Hip Hop,” Sherm tags along as Nicky sells a house to a famous rapper. Plus, Noah and his date get into a fender bender, and Anthony deals with dating while vegan. And, of course, there’s wine.