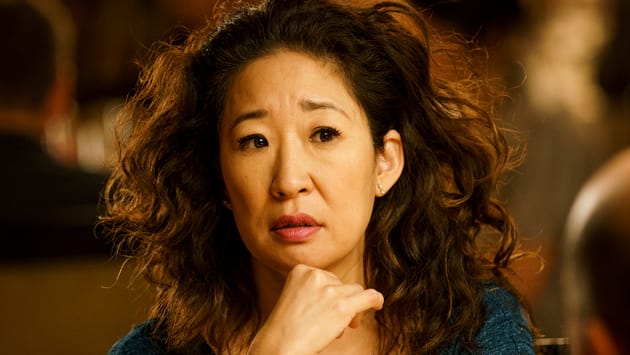 Euphoria Season 2 Episode 4 Review: You Who Can Not

Will anyone on Euphoria ever find happiness?

Euphoria Season 2 Episode 4 continued the trend of spinning a bunch of stories across an hour, and it was another valiant effort at showing just how these characters’ lives are all messed up.

We’ll start with Rue and Jules because their relationship has been one of the most pivotal parts of the series since its inception.

The pair have weathered many storms, but now that Jules knows the truth about her girlfriend’s drug use, there will be many questions about what becomes to the lead character.

They’ve both been through so much in their lives, and I’m getting the impression they won’t be together in the end.

Euphoria has never been a show about happiness. Every person on the show is miserable, trying to come to terms with significant aspects of their lives.

The final scenes were highly concerning because Rue is genuinely spiraling out of control. Using the drugs she was supposed to be selling will come back to bite her.

Then there’s the Elliot of it all. Elliot likes Jules more than Rue, but what did he have to gain by telling Jules Rue was back on drugs?

Jules: I think she has a crush on you.
Elliot: Should we all just fuck?

It’s hard to decipher his motives, but one would undoubtedly think Jules would distance herself from Rue.

We already know Jules said to the therapist she was worried about getting in a relationship with Rue because the thought of finding her overdosed would be too much.

Will Jules draw the line, or will she reach out to Rue’s family?

Elliot was also participating in the drug-taking, though not as heavily as Rue. I dare say Jules will not want to get close to someone else who takes narcotics.

Rue: That was amazing.
Jules: Oh, okay, Rue. Yeah.
Rue: Oh, I’m sorry. Are you jealous?
Jules: No, I don’t get jealous. Hey, Elliot, truth or dare?
Elliot: Dare.
Jules: I dare you to lick from here to here.
Elliot: Wow, your girlfriend is sexy.

Then there’s the fact that Jules is self-harming again. The scars turned to open wounds after Elliot’s admission.

Jules will feel betrayed by both Elliot and Rue, but I also suspect she’ll understand the predicament Rue is in.

The Nate-Maddy-Cassie love triangle continues to be fascinating, thanks largely to Sydney Sweeney’s acting.

Cassie is visibly conflicted about her relationship and what it means for the future, but it’s challenging to understand whether she has lust or love for Nate.

Oh, I fucking love this song.

What would happen if Maddy was, god forbid, fine with this act of betrayal?

Cassie might be able to play along as though she’s happy with Nate, but something tells me Nate would find another way to cause problems.

Seriously, Nate is a sociopath, and nobody seems to want to do anything about it.

He’s a narcist gaslighter who gets off on controlling people. Cassie having sex with him in the first place was a horrible act of betrayal, but Nate seized an opportunity here.

Cassie: Do you think Nate’s still coming over?
AB: Um, I think, that’s what Maddie said.

The wider problem with Nate is that he’s unpredictable, and despite his father’s flaws, he made some sound observations about his son.

Cal is also horrible, but it was impressive that he decided to own up to his sins and tell his family about his double life.

There was an element of surprise when Cal returned home from his alcohol-fueled bender, spilling all of his emotions.

You could tell he still held a torch for Derek in the bar when he was dancing with some dude and imagining his love interest from his teenage years.

It also begs the question of whether Derek survived his teenage years. We conveniently had adult Cal and teenage Derek in the bar.

The show is purposefully leaving some hooks to explore the character of Cal in more depth.

But what will this honest iteration of Cal look like?

Will he pursue a relationship with Derek, assuming he’s still alive, or will he go off the deep end?

The past harms him, but that doesn’t excuse his actions throughout the series.

I suspect the tape will somehow be leaked, and he will be sent to jail, possibly just as he finds some semblance of peace.

The party for Maddy was comical because you could tell there would be a lot of drama, especially when you have Cassie spiraling out of control.

Cassie vomiting in the hot tub was not what I expected, but it allowed Cassie to blurt out some of her feelings for what she did.

Maddy has always been one of the smarter characters, so I’m surprised she didn’t put two and two together at the party.

Then again, maybe she’s biding her time until Nate or Cassie slips up, and she tells them she knows.

Everyone expects Maddy to go scorched earth when the truth comes out, but maybe the show will switch things up.

Mouse’s body being found is the last thing Fez or Ashtray needs, but this storyline will probably take up the bulk of the second half of the season.

Fez and Ashtray barely survived Euphoria Season 2 Episode 1, and now, just when things are looking up, they are in more danger than ever before.

If the cops do come knocking, I believe Fezco would take the blame for killing Mouse.

You truly never know what’s on tap with this show!

What are your thoughts on Rue’s descent?

Do you think Elliot is scheming?

What are your thoughts on Mouse’s body being found?

Did Cal surprise you?