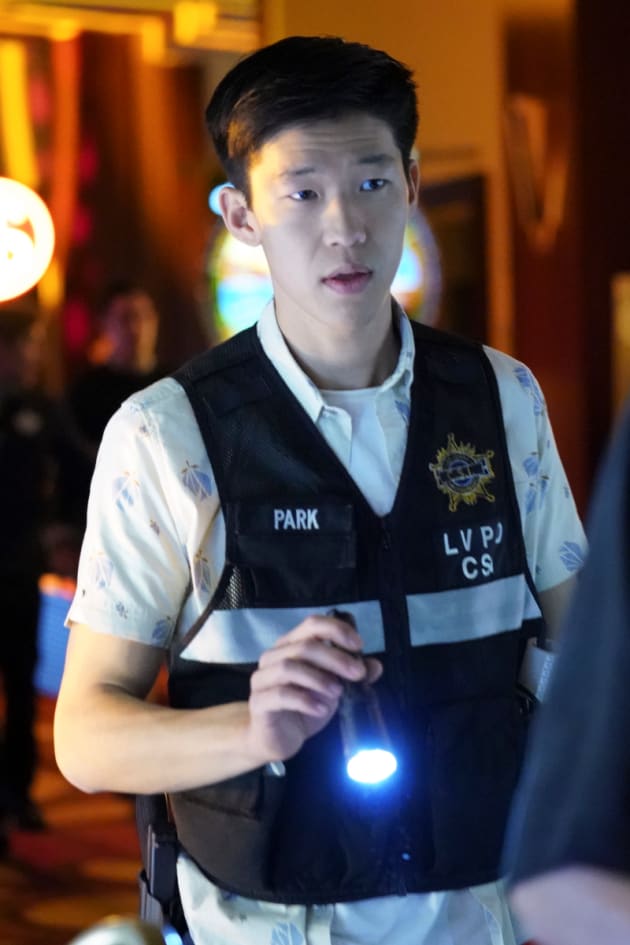 That all got wrapped up far too neatly.

That’s somewhat understandable. CSI: Vegas was billed as a limited series, and CBS hasn’t announced a renewal for another season. And nothing annoys viewers more than a cancellation following a cliffhanger.

But it had been hinted throughout the season that there was something more to this conspiracy framing David Hodges than just one greedy lawyer with a grudge.

And, in the end, there’s wasn’t. So that whole storyline now feels a little lacking.

There was no former villain seeking revenge or some criminal mastermind trying to bring down the Crime Lab. Today’s viewers expect complexity, and this wasn’t that.

Instead, it was simply a textbook example of how to follow the evidence, step by step by step. You could view that as vintage CSI or you could look at it as something you’ve already seen through hundreds of episodes of the franchise. In other words, same old same old.

For once, it was all hands on deck working on the same case, which was an interesting change of pace. But the flip side of that was if you didn’t care about the Hodges case, there was nothing else for you to follow in this finale.

So everyone chased detritus in hopes that it would become a smoking gun: a word in the dust, a trunk-release tab, goo on a shoe and a briefcase, a fancy pen, a stripper’s fingerprint.

And most of that ended up being just debris. Sure, that debris led CSIs on several false leads before they recovered Hodges following some bravura chemical analysis by Sara.

And Folsom and Allie did get to chase after a couple of gangbangers who couldn’t shoot straight, which proved they’re more effective when armed with an evidence case.

The only person that did something genuinely unexpected was Undersheriff Wyatt letting Maxine back in and allowing her to haul in Wix, and optics be damned. It was about time he admitted that he was in over his head with all this science stuff.

Of course, it was satisfying to see Grissom and Sara knock that smarmy look off of Wix’s face when they handed him the charges connected to his conspiracy, his big-money payday circling the drain.

But how much of a slam dunk was the case against Wix? They had a lot of theories about how Wix accomplished the frameup, but there weren’t too many of his accomplices left alive to testify.

So, where is the evidence? It’s the word of disgraced CSI David Hodges against Wix. It’s good that Wix has already proven to be a mediocre lawyer.

In the end, it was painted as a fait accompli. Hodges met his baby, Maxine got her office back, and Gil and Sara went on a roller coaster ride.

It felt like the case all came together, mainly because it had to in the finale. And would it have killed TPTB to have worked in Brass or at least Nora, since she was the primary investigator on the Hodges case?

The only character development occurred in that one scene where Allie promised Folsom that she’d be more professional and stop talking about Mark in the workplace. Here’s a better idea, Allie: Get rid of Mark. He’s a sedative in an expensive suit.

Not that Folsom has a lot better response to her opening up. He was determined not to go there, no how.

Now, what to make of this CSI revival after it raced to an unsatisfactory conclusion of its primary storyline for the season.

It attempted to be all things to all people, which was a lot to ask over ten 45-minute episodes.

It had to be a showcase for Grissom and Sara while developing an inviting new cast of CSIs.

Unfortunately, character development got short shrift in what amounted to less than half of a regulation-length season.

Gil and Sara came fully developed, and Brass brightened up the few episodes he appeared. Victim Hodges was damn near unrecognizable.

But finding no way to fit in Catherine Willows, the parent series’s second-most intriguing character, was a disappointment. Sure, Marg Helgenberger was tied up with All Rise and a pilot, but come on, something could have been worked out.

With Gil, Sara, and their case, and the case of the week, that didn’t leave much time to develop the new cast.

Maxine got somewhat fleshed out as we learned about her past as an athlete and her travails as a mother. Not so Folsom, who got the strong, silent George Eads role, or Allie, who so far has just proven that she has lousy taste in men.

Mel Rodriguez made the most of his time as Hugo the coroner, but you know there’s so much more of his quirks that could come out. As for spotlighting lab techs such as Mike and Penny, fuggedaboutit.

There must be some thought being given to a renewal. Otherwise, why introduce a serial killer in the last scene. Hey, CBS could also attempt to reform the BAU on Criminal Minds, and they could pick up that case.

What did you think about the finale?

Had you hoped for more?