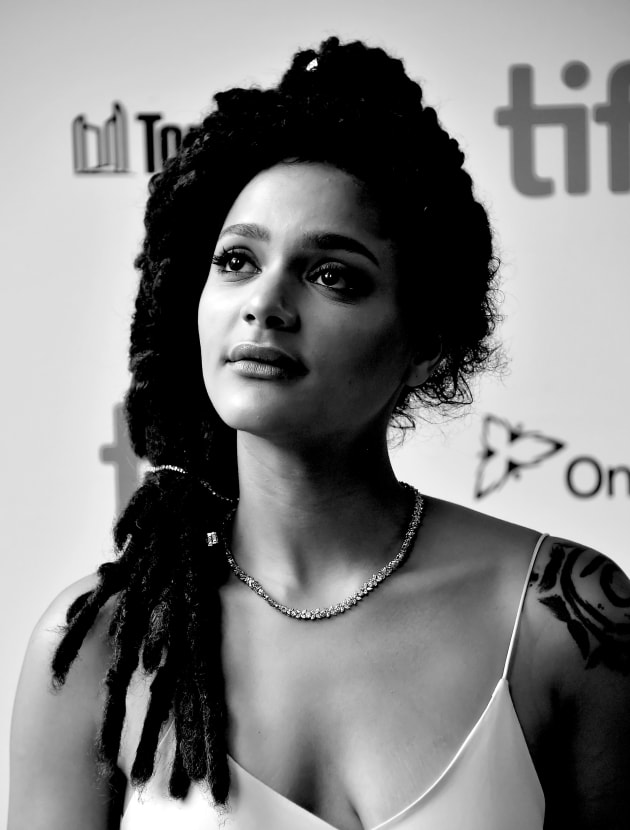 Following the success of Normal People, Hulu has a new TV series adapted from a Sally Rooney novel.

Conversations with Friends follows Frances (Alison Oliver), a 21-year-old college student, as she navigates a series of relationships that force her to confront her own vulnerabilities for the first time.

Though they broke up three years ago, Frances and Bobbi are virtually inseparable and perform spoken word poetry together in Dublin.

It’s at one of their shows that they meet Melissa (Jemima Kirke), an older writer, who is fascinated by the pair.

Bobbi and Frances start to spend time with Melissa and her husband, Nick (Joe Alwyn), a handsome but reserved actor.

While Melissa and Bobbi flirt with each other openly, Nick and Frances embark on an intense, secret affair that is surprising to them both.

Soon the affair begins to test the bond between Frances and Bobbi, forcing Frances to reconsider her sense of self, and the friendship she holds so dear.

The series is described as “both a complex coming of age drama and a very modern love story.”

Production took place in Dublin, Belfast, and the initial plan was to shoot scenes in international locations.

However, it’s unclear whether the ongoing pandemic scuppered plans to film abroad.

The series is a co-production between Hulu and the BBC.

Piers Wenger, Director of BBC Drama, said in 2021 of the series order:

“Lenny’s deep affinity for Sally’s writing and talent for finding actors to bring her fictional creations to life played a huge part in bringing Normal People so successfully to screen.”

“In casting Alison, Sasha, Joe, and Jemima, that same flair and instinct is in evidence and we cant wait to see how they will bring Frances, Bobbi, Nick and Melissa to life.”

The series premieres in May, and you can check out the full teaser below.