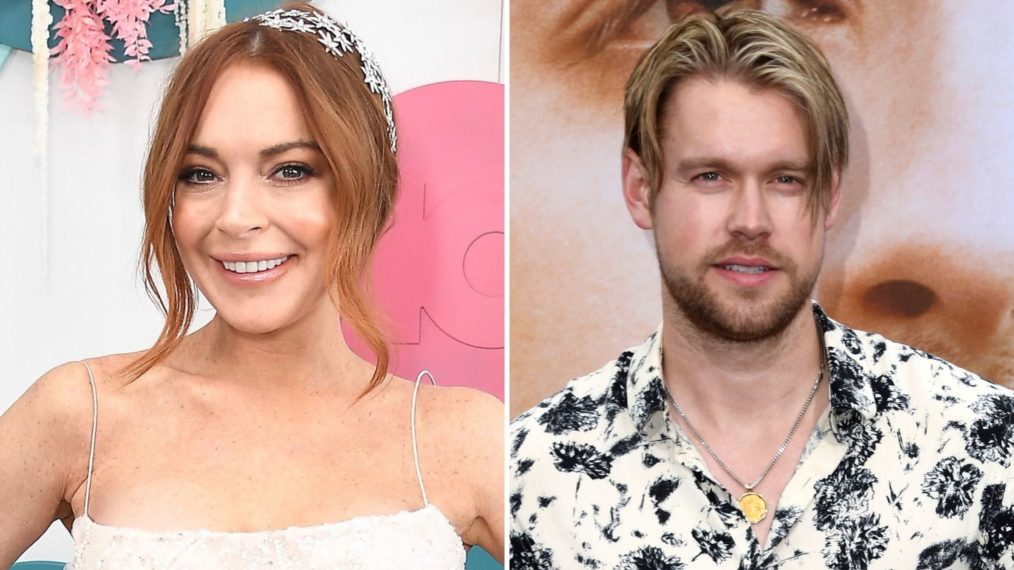 Glee‘s Chord Overstreet has been cast Lindsay Lohan‘s love interest in a forthcoming and yet-to-be-titled romantic comedy for Netflix. They’ll both be joined by George Young, Jack Wagner, and Olivia Perez who feature in the film that follows the story of a hotel heiress (Lohan) who suffers from amnesia and is forced to recuperate under the care of a handsome lodge owner (Overstreet).

Stay tuned for more details as the project continues to take shape at Netflix.

Chord Overstreet will play Lindsay Lohan’s love interest in an upcoming holiday rom-com about a spoiled hotel heiress who gets total amnesia in a skiing accident and finds herself in the care of a handsome lodge owner.

Lindsay Lohan is heading to Netflix for the holidays. The actress will star in an upcoming romantic comedy for the streamer.

The yet-to-be-titled film will see Lohan playing a newly-engaged and spoiled hotel heiress who suffers a case of amnesia following a skiing accident. As she recuperates from her injuries, she’ll find herself in the care of a handsome blue-collar lodge owner and his daughter per Netflix’s Twitter.

Lindsay Lohan will star in a new romantic comedy about a newly engaged and spoiled hotel heiress who finds herself in the care of a handsome, blue-collar lodge owner and his precocious daughter after getting total amnesia in a skiing accident pic.twitter.com/umpCpCzW4w

The film will join Netflix’s growing library of original holiday content that includes titles such as The Christmas Chronicles, A Christmas Prince, The Princess Switch, and Dash & Lily among others. Lohan became a household name back in 1998 when she starred as twins Halle Parker and Annie James in The Parent Trap alongside Dennis Quaid and the late Natasha Richardson.

She went on to feature in popular titles including Freaky Friday with Jamie Lee Curtis and 2004’s Mean Girls with Tina Fey, Rachel McAdams, Amanda Seyfried, and Lacey Chabert. In recent years, Lohan has pulled back from acting a bit, working on her brand and other ventures.

In 2019 Lohan featured in MTV’s docuseries Lindsay Lohan’s Beach Club, which followed her efforts to launch the Lohan Beach House in Mykonos, Greece. Among some of her notable TV credits are the 2018 British comedy Sick Note with Rupert Grint and Nick Frost, Ugly Betty, Glee, and the movie Liz & Dick in which she portrayed Hollywood icon Liz Taylor.

It’s unclear when the holiday film will arrive but stay tuned for updates as they’re made available.