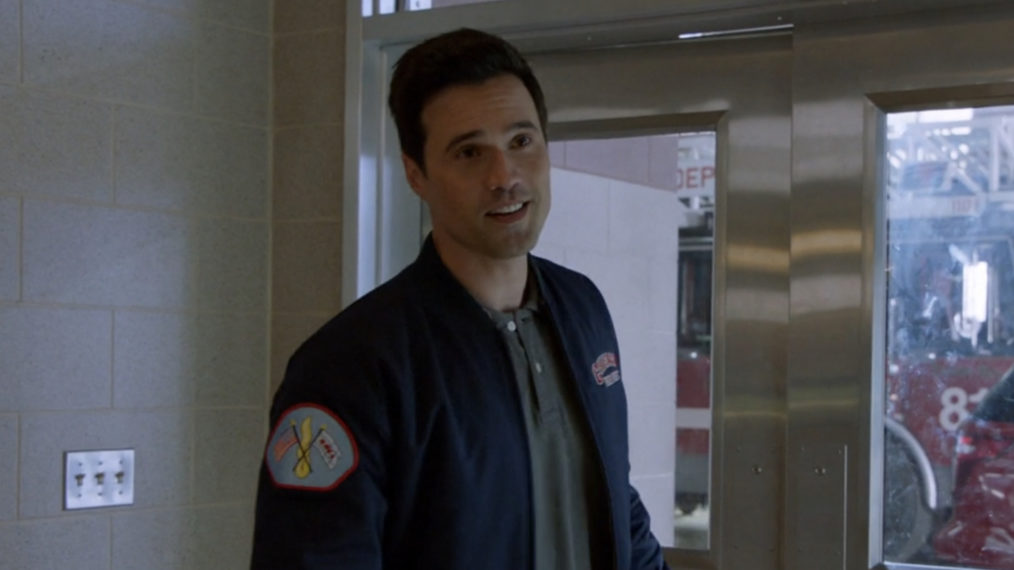 ‘Chicago Fire’: What Do You Think of Lieutenant Jason Pelham? [Warning: The below contains MAJOR spoilers for Chicago Fire Season 10 Episode 7 “Who Shall I Fear?”]

There’s no replacing Captain Matt Casey (Jesse Spencer) at 51, but Truck 81 needs a commander. While Stella Kidd (Miranda Rae Mayo), after passing the lieutenant’s test, is the obvious choice, she’s off doing things for her Girls on Fire program. So, that left Deputy District Chief Wallace Boden (Eamonn Walker) no choice but to bring in someone else (for now), and by the end of the latest Chicago Fire, Lieutenant Jason Pelham (Brett Dalton) is filling the spot for at least the next month.

And that comes after he hasn’t made the best impression on some members of 51. Blake Gallo (Alberto Rosende) and he get off to the wrong foot when they disagree during a call. Casey gave him a bit of latitude, Gallo tries to explain. “I’m not Casey,” the new lieutenant reminds him, and he expects his firefighters to follow his orders.

When Pelham goes looking for Gallo later, he runs into Randy “Mouch” McHolland (Christian Stolte) and tells him he doesn’t like coming down on any of his guys right at the jump. “Tension’s not good for the team,” the lieutenant explains. But is it true Casey let Gallo off the leash on calls? As time went by, yes, Mouch confirms. “Captain Casey meant a lot to this house,” Pelham recognizes (which wins him points with us). “We were real lucky to have him,” Mouch says. “He was lucky, too, being in a house like this, that kind of loyalty from his crew,” Pelham remarks … which has us wondering about the houses he’s been in in the past.

After all, Pelham is a floater, and it sounds like he’s been one for quite some time. There’s a rescue that landed him on TV when he was with 41. (“Right place, right time,” Pelham says.) He filled in at 111 for a couple months last year while a guy was injured. When he talks to Gallo about adjusting to new leadership, he comments, “I had to do a lot of it in my career.” So why does he keep moving around? While it could be he just doesn’t want to stay at one place, there’s something about the way he remarks on the loyalty of 51 that seems a bit wistful.

Then, just as Gallo’s seemingly accepting Pelham’s not going anywhere, Lieutenant Christopher Herrmann (David Eigenberg) pulls Mouch aside. “He’s one of the good guys,” Mouch thinks. But Herrmann seems to have his doubts: “A guy that great, doesn’t it make you kind of wonder why he’s been floating for so long? So many different places. Never got a command of his own?”

Mouch has to admit it’s a good question, and so do we. So far Pelham seems like a nice enough guy, despite the friction between him and Gallo. And we trust if there were any complaints about him, Boden never would have let him step foot in his firehouse. But at the same time, there has to be a reason why he’s floating and for him to eventually leave because it does seem inevitable that Kidd returns and takes over command of Truck 81.

But what do you think of Pelham after his first episode? Vote in the poll below.