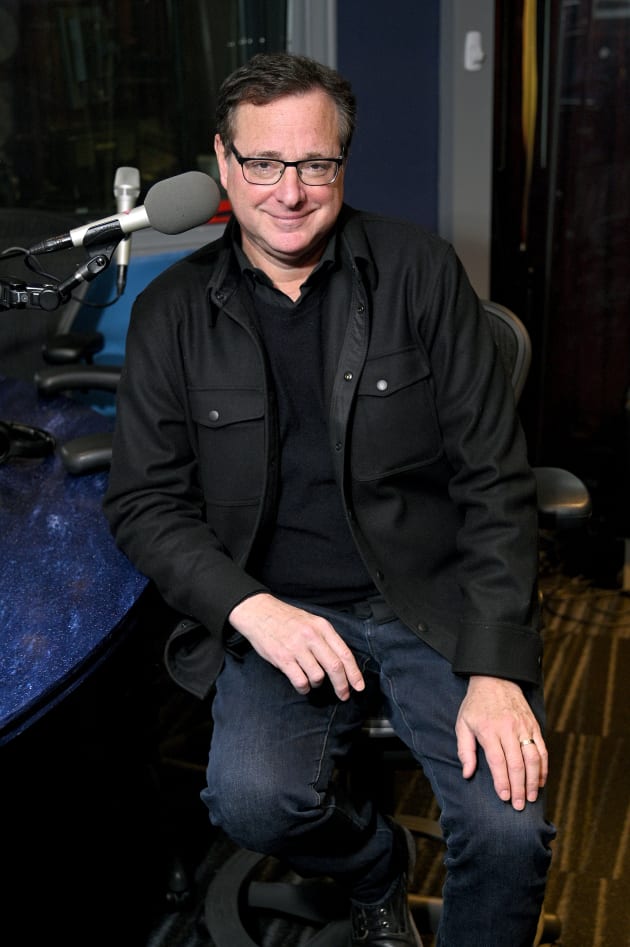 Bob Saget’s widow Kelly Rizzo opened up about her husband’s passing in a new interview.

Saget died at 65 earlier this month, and Rizzo told Good Morning America’s TJ Holmes that the former Full House star was healthy prior to his sudden death.

“All I’ll point to is that last post of his where he said he felt 26,” she said, referring to Bob’s final Instagram post where he talked about being back on stage.

Rizzo said that Bob had COVID recently but that it was “nothing serious” and that he otherwise felt “great.”

“There’s only so many tears your body will let you cry,” she added during the interview.

“He just wanted to spread love and laughter. I’m so proud of him,” Rizzo said, before recalling her last conversation with him.

“He was on his way home back to his hotel. He was telling me what a wonderful show he’d had. It made him so happy to bring laughter to people,” Rizzo added.

She said that her final texts from her husband included, “I love you so much, I can’t wait to see you tomorrow.”

“Everything that I am surrounded by is a reminder of him. It’s been very sad but very beautiful,” she said.

In a different interview, this time with Today, Rizzo said that Saget “was just there to enjoy life.”

“He just wanted to make people feel good,” she said.

“I mean, if we went to a restaurant, he would talk to all of the waiters, the waitresses, he knew all the hosts. Everybody knew him and loved him.

“And his constant message was, ‘Just treat everybody with kindness.'”

“He was just the best man I’ve ever known in my life. He was just so kind and so wonderful, and everybody that was in his life knew it,” she added tearfully.

“And even anybody that would just casually meet him was like, ‘Wow, this is a special guy.'”

Rizzo previously took to Instagram to speak out about Bob following his death, in which she said that she was struggling “not to think I was robbed of time” with him.

“But instead to think: How lucky was I that I got to be the one to be married to THE MOST INCREDIBLE MAN ON EARTH. I was the one who got to go on this crazy ride with him and be in his life these last 6 years,” she wrote.

‘We had that time to make each other the happiest we’d ever been and change each other’s lives forever. I got to be the one to love him and cherish him.”

“He deserves all the love. Every ounce of it. Because that’s how amazing Bob was, he was love. If you were in his life you KNEW he loved you. He never missed an opportunity to tell you.”