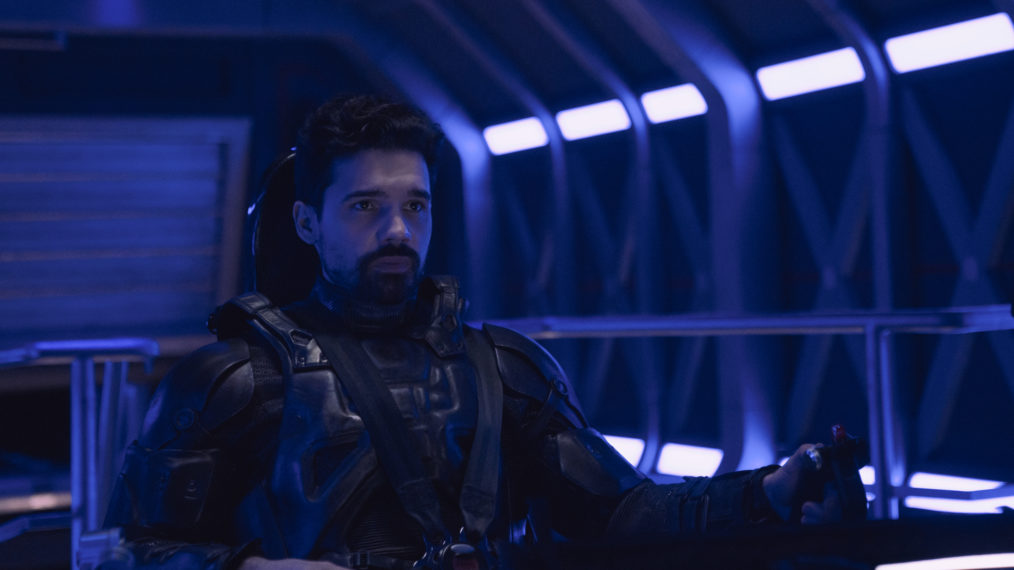 Bidding Farewell to ‘The Expanse,’ One of TV’s Science Fiction It’s hard to believe, but The Expanse is no more.

With the series finale “Babylon’s Ashes,” the epic space drama takes its final bow, cementing the show as one of television’s greatest science fiction stories. Much like the trials and tribulations Holden (Steven Strait), Naomi (Dominique Tipper) and Amos (Wes Chatham) endured, The Expanse didn’t have an easy path to reach its intended conclusion. It was initially canceled by Syfy in 2018 after just three seasons, but Amazon Studios thankfully swept in and plucked it from the jaws of death. In hindsight, it’s not hard to see why the studio rescued the series, nor is it hard to determine why fans flew banners over Amazon’s headquarters imploring the company to “Save the Expanse.” The high-stakes drama, based on the books of the same name by James S.A. Corey (pen name for duo Ty Franck and Daniel Abraham), always had something to say and delivered its message well. In the conflicts among the Earthers, Belters and Martians, we might see heightened versions of our own ideological and political divides; which, in the years since the show first began airing, only became more and more apparent. The universe was fictional, but the squabbles and politics, the inequalities, the “us vs. them” mentalities, even in the face of a looming danger that affects everyone, felt real. Placing a finger on the pulse of the current political and social climate is something few shows do well, but The Expanse, like Battlestar Galactica before it, managed to do just that.

And like Galactica before it, The Expanse featured a cast of characters who are difficult to let go of because, at their core, they feel real. The Roci crew couldn’t have been more different when they began, but their bond grew strong enough to draw us back every week and to remind us that sometimes, a family can be four strangers on a ship deemed a “legitimate salvage.”

An entire article could be dedicated to the uniqueness and depth of Chatham’s Amos, who, despite lacking a moral compass and relying on his family to point him toward the right thing, never descended into villainy. (He is that guy.) And outside the Roci, the main players were equally captivating. Avasarala (Shohreh Agdashloo)’s colorful language, stunning outfits, and political shrewdness should live forever in sci-fi history, as should Drummer’s (Cara Gee) smoky eye makeup and fiery speech on Medina Station. And, of course, Miller (Thomas Jane), the tortured detective and then the mysterious Inspector, is utterly unforgettable in his trademark hat and long trench coat.

None of these characters were perfect people, but in their imperfections, they reflected aspects of what it means to be human. To find companionship and found family, to lose loved ones and grieve, to have one’s worldviews challenged and, sometimes, proven totally wrong, to hit rock bottom and slowly climb back up. Each of them had their own exquisitely crafted arcs, and after embarking on a six-season journey, saying goodbye to them at the end of the show’s final season feels like saying goodbye to old friends. The Expanse also stood alone when it came to its razor-sharp precision regarding scientific accuracy. Few sci-fi programs have bothered to nail the specifics of a “flip and burn,” or to dictate that its characters need “juice” to survive High-G space travel. The Expanse was meticulous regarding the mechanics of its world, and it made soaring in spaceships and colonizing Mars, both concepts that could come off feeling campy or outlandish, grounded, realistic, and believable.

There is, of course, the slight possibility that goodbyes may not need to be said after all. There is still source material aplenty to be mined from the books — most of the final season only adapts book six, out of nine. If the current trend of revivals and years-later continuations continues, there’s potential we might see the Rocinante once more. But for now, we’re content, if a bit saddened, to leave this universe and its characters knowing their stories came to a meticulously crafted end.

And we’ll always watch our doors and corners.