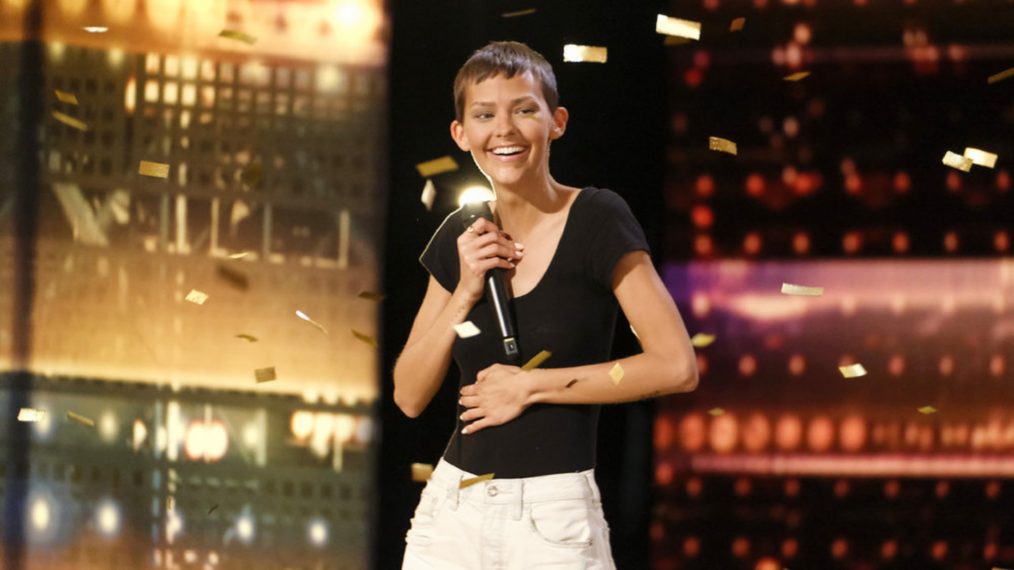 Jane “Nightbirde” Marczewski, an America’s Got Talent contestant who had to drop out of the competition in August, has opened up about her battle with cancer.

The singer, who received a Golden Buzzer from Simon Cowell, spoke to CNN‘s Chris Cuomo on Tuesday, November 23, where she shared an update on her cancer treatment.

“I wish we could get a faster miracle. It’s happening slow, little by little, day by day. I’m getting a little better,” she said. “I did get a scan result back and a bunch of stuff that was there disappeared. A bunch of the big stuff has gone down in size, so we’re on the way.”

Nightbirde had previously survived breast cancer, but prior to her appearance on AGT in June, she was told the cancer had metastasized to her lungs, spine, and liver and her chance of survival was 2%.

She wowed audiences during her audition, where she performed one of her original songs, “It’s Okay.” She received a standing ovation from the judges, as well as Cowell’s much sought-after Golden Buzzer. However, months later, the Ohio native pulled out of the show to focus on her fight with cancer.

“Life is so imperfect, and there’s so much hard stuff and unfair stuff mixed in, sometimes we don’t recognize that our dreams are happening and miracles are happening,” stated the singer. “The miracle I wanted – I wish I could skip the pain, that this would go away super fast.”

She added: “There’s 100 different miracles in the fight. If I only take the ones that taste sweet, I won’t get any miracles at all. So I’m grateful for whatever I have.”

Nightbirde told Cuomo that she is cherishing the moments she has, including being able to spend Thanksgiving with her family.

“Every year I get to be around the table with people that I love, it’s such an honor and gift,” she said. “I should not be alive right now based on the usual statistics. So every year when this time comes around is special for the whole family. Every moment that we breathe is a miracle and gift.”