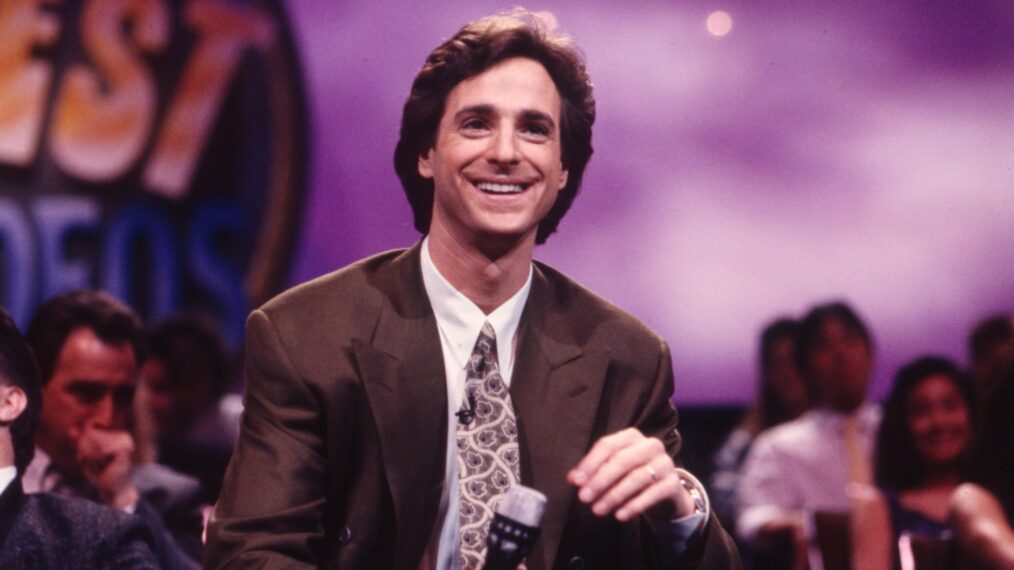 Following the unexpected death of actor and comedian Bob Saget on January 9, America’s Funniest Home Videos will air a tribute in remembrance of the show’s original host after ABC‘s Sunday, January 16 episode.

“This Sunday, America’s Funniest Home Videos will pay homage to former host Bob Saget with a beautiful tribute. Bob was a comedy legend and the backbone of a TV show that has gone on to entertain not only America but the world,” stated the memorial’s description.

In a preview clip, current host Alfonso Ribeiro introduces the tribute package, which features many memorable moments from Saget’s eight-season-long hosting gig. “Take a look back at Bob being Bob,” he says.

Among the clips shown are several of Saget’s over-the-top entrances, from crashing through a prop window to riding in on a bicycle while holding a surfboard to being joined by a monkey in a diaper. The sneak peek also features a clip from the show’s 20th-anniversary special, in which he and host Tom Bergeron discuss their voice-over approaches. “You have, like, five voices,” he points out to Saget.

Saget was perhaps best known for his role as Danny Tanner on the classic sitcom Full House. In addition to his career in stand-up comedy, his other television credits included Fuller House, Raising Dad, Surviving Suburbia, How I Met Your Mother, Law & Order: SVU, Huff, Grandfathered, Entourage, Shameless, and The Masked Singer, and many more. Saget was in the middle of his latest stand-up tour at the time of his death.