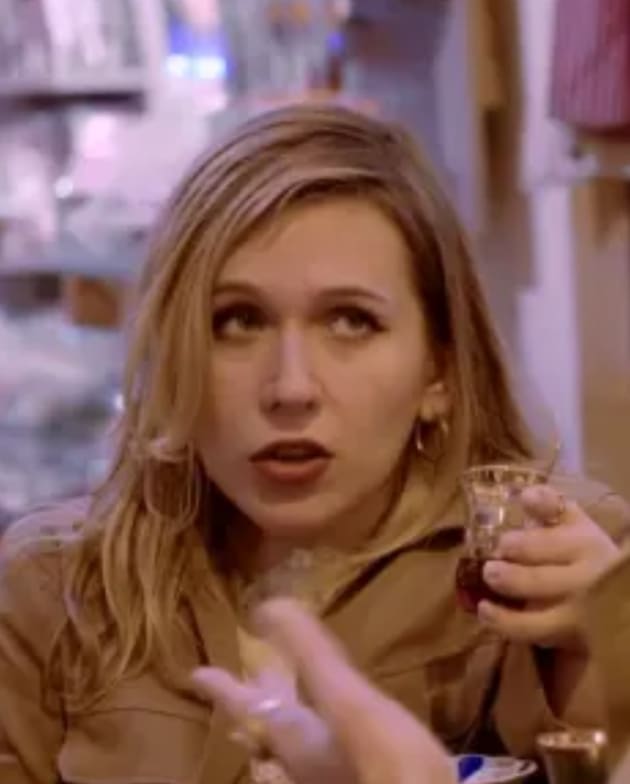 Alina debuted on 90 Day Fiance: Before the 90 Days Season 5 and quickly gained a following on social media.

Recently, though, the new reality star has been criticized for using racist slurs in unearthed social media posts.

The 27-year-old did apologize, but more posts have come to light, leading to questions about her future on the hit reality series.

The Ashley’s Reality Roundup, meanwhile, is reporting that executives for the cable network have opted to let go of Alina, bringing her storyline with Caleb to a close much earlier than planned.

The outlet adds that editing is underway to minimize Alina’s presence for the rest of the season.

What that means for viewers is that Alina and Caleb will effectively disappear from the rest of the season, leaving their storyline incomplete.

If the report does turn out to be true, Alina and Caleb will not be attending the tell-all to speak about the events of the season.

For the record, The Ashley’s Reality Roundup has a proven track record, so we’re inclined to believe TLC has come to the decision to part ways with the controversial star.

The outlet states that producers for the show are “horrified” by the posts, and the fact that more of them “keep coming out and keep getting worse and worse.”

“Despite what some people think, they don’t do an extensive dive into the cast member’s backgrounds, so that’s how this went undiscovered during filming,” the report adds.

The franchise is no stranger to controversy, firing Lissa Hamme in 2020 for using the n-word with then-husband Usman Umar.

TLC has yet to address the reports, but it’s possible an upcoming episode will feature some indication about the network’s decision.

Caleb spoke out about Alina’s racist posts when a fan asked on Instagram.

“I don’t condone any sort of prejudice or racism.”

“All i know is that in my heart of hearts Alina is not a racist.”

“My heart goes out to anyone who has been hurt.”

It has not yet been revealed whether Alina and Caleb are still together.

Catch new episodes of the series Sundays at 8 p.m. on TLC.