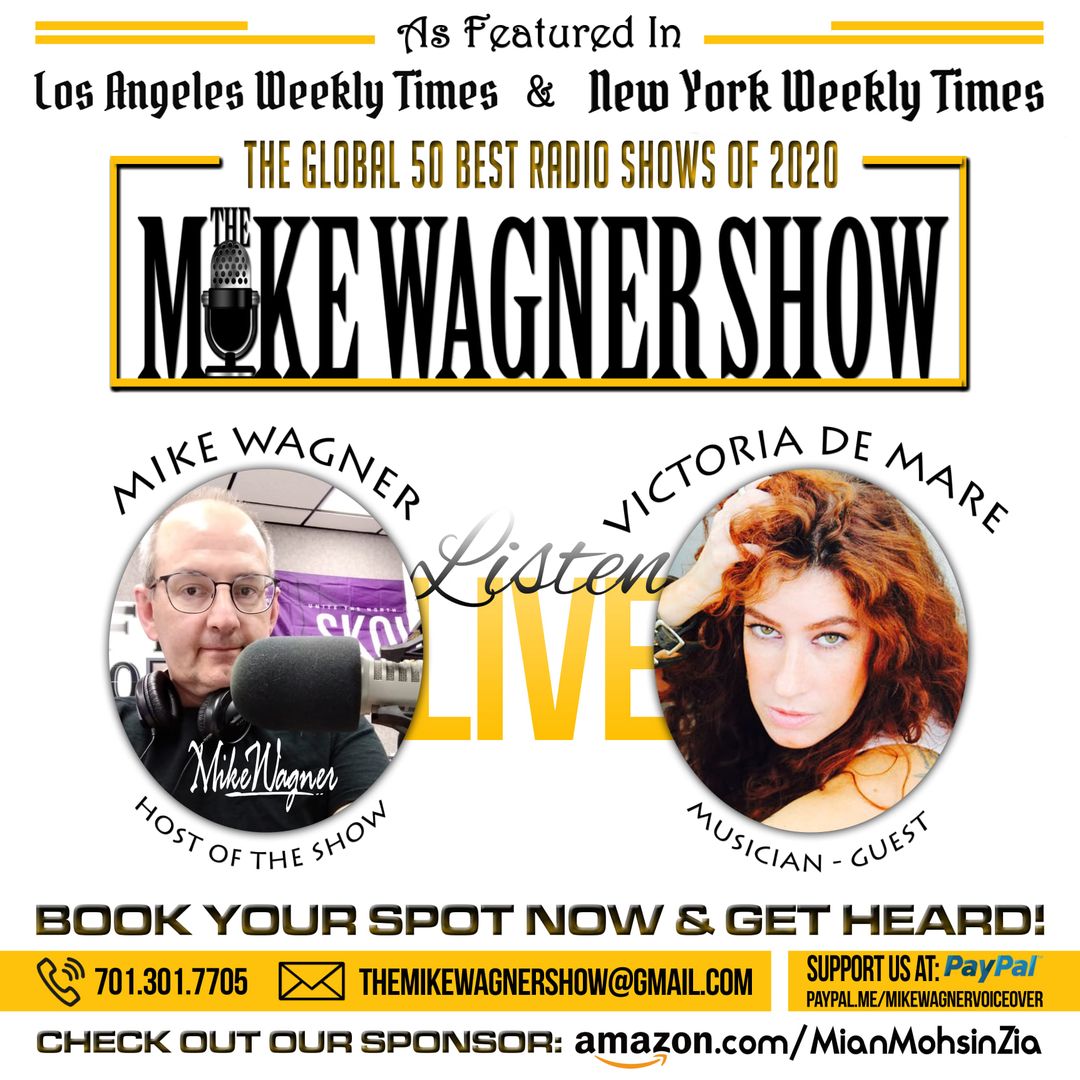 Victoria De Mare is one of Hollywood’s reigning “Hottest Horror Scream Queens” for over a decade according to the cover feature editorial article, interview, & pictorial of the January 2017 issue of Hustler Magazine with over 3 million subscribers worldwide. She has over 150 Film & TV credits including music & counting. She is best known for her creation & portrayal of the sexy demon succubus clown, “Batty Boop” from the horror/comedy feature film series, ‘Killjoy’, which is now available as a resin doll statue/action figure courtesy of Full Moon Collectibles worldwide November 2017. In November 2018 & again in January 2019, Full Moon Comix released 2 comic books featuring “Batty Boop” with both censored & uncensored covers now available worldwide.

The official website for Victoria De Mare may be found at https://www.victoriademare.com

Mike Wagner is a 30+ year broadcasting veteran interviewing the most interesting guests from celebrities, actors, singers, writers to the most interesting people today! Mike is currently a weekend host on KFYR radio in Bismarck, North Dakota playing the greatest songs of all time every Saturday from 6-10a and Sundays from 2-6p Central time. Tune in to KFYR AM 550, KFYR.com, 99.7 FM, and iHeart Radio. You can also listen to the Mike Wagner Show on Soundcloud, Spreaker, Anchor FM and Spotify.

The official website for The Mike Wagner Show may be found at http://www.TheMikeWagnerShow.com