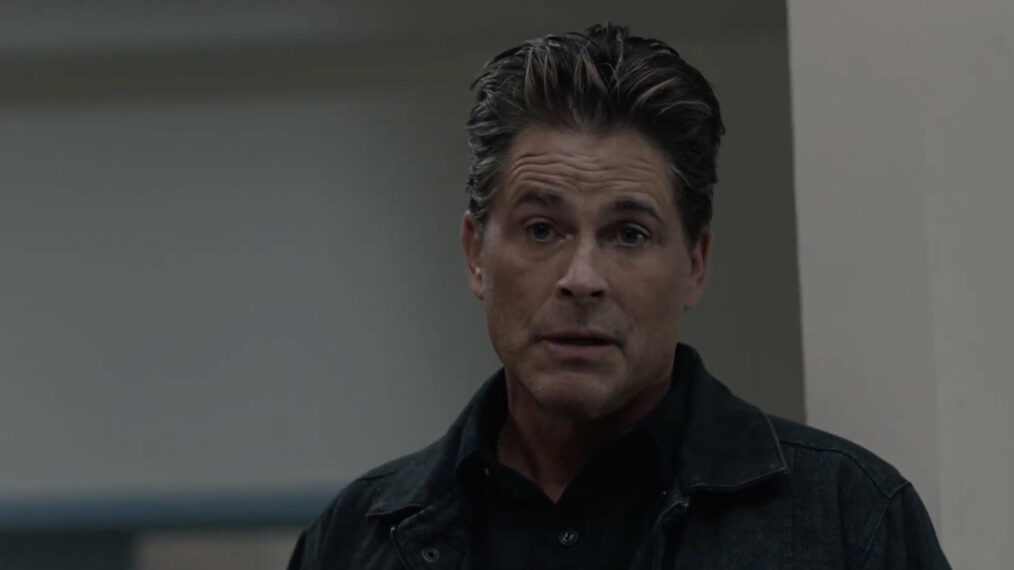 Prepare for Captain Owen Strand (Rob Lowe) to break your heart in the January 31 episode of 9-1-1: Lone Star. As you can see in TV Insider’s exclusive sneak peek, he learns of his son T.K.’s (Ronen Rubinstein) condition after the paramedic saved a young boy trapped in ice during the storm.

After getting an update from the doctors, he joins the others — Tommy (Gina Torres), Carlos (Rafael Silva), Paul (Brian Michael Smith), Marjan (Natacha Karam), and Nancy (Brianna Baker) — waiting for news. “They’re telling me that his body is trying to shut down and they say it’s because his heart stopped, but I don’t think that’s right. I think it’s because mine did,” Owen says. He then looks to Marjan, who tracked him down at his cabin to call him out for not signing an apology that would have meant he’d be reinstated. “You were right. I gave up. I quit. It wasn’t about ego or pride. I wish it was. It was about fear,” he explains. “Our world imploded so spectacularly, and everybody was looking to me to put it back together and I was afraid I wouldn’t be able to this time. And so I ran away. Everything that’s happening, it’s my fault.” Despite Tommy’s protest, he continues, “so you can tell the universe message received. It may be too late and I may not be able to fix things, but I’m sure as hell going to try. And I’m not waiting around.”

What’s his plan to do that? It starts with Owen going to find Deputy Chief Billy Tyson (Billy Burke). Watch the clip above to find out his plan — and why he’s going now. Plus, don’t miss a sweet moment between Owen and Carlos.

But where is Billy? Well, last we saw him, he was with Grace (Sierra McClain), who was in labor, in the middle of the ice storm, stuck. And in “Push,” as Judd (Jim Parrack), Owen, and Tommy race to find her, we can expect “a lot of bickering, a lot of back and forth, a lot of Billy getting beat up by Grace up until the moment of truth,” McClain teases. “Poor guy.”