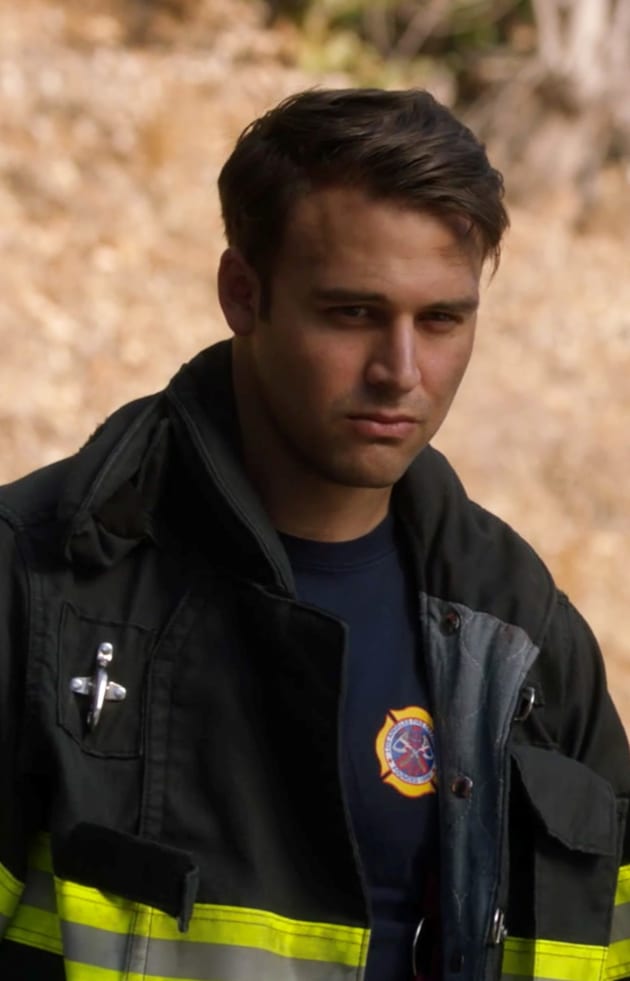 Jennifer Love Hewitt is teasing her upcoming return to 9-1-1.

“Oh Maddie how I have missed you,” she captioned some photos.

“Since you’ve been gone we both have changed. But coming back together feels good,” she added.

“See you guys in March.”

The beloved FOX drama is currently on hiatus with fans awaiting confirmation on what day in March the series will be back.

Maddie was struggling with postpartum depression which led to her leaving her job and family behind.

“I’m sure that you are confused, hurt, and probably really scared. I don’t know what to say. You don’t need to go to the police or come looking for me. I’m not in any danger and no one is making me do this,” Maddie said.

“But Jee is not safe with me.”

“Not now, and maybe — I know that you’re going to take really good care of her,” she added.

“And she’s better off without me. I love you. I love both of you, and I’m really sorry.”

Chimney set out to find Maddie after her sudden departure, and we’re sure their reunion will be a part of the early episodes of the back half of 9-1-1 Season 5.

While Hewitt is returning to the series, one of her co-stars might be saying goodbye.

Ryan Guzman’s Eddie revealed he was exiting the team on the midseason finale.

Eddie revealed that his son “worried about me, about the risk I take while I’m at work,” he told his friends before conceding that it was too much for a kid.

It’s unclear whether this could mean Eddie could take another job that will keep him in the orbit of his friends.

If you watch 9-1-1 online, you know the show loves to switch things up.

What we do know is that we’re excited to see how the rest of the season plays out for everyone involved.

What are your thoughts on Maddie’s return?

Facebook
Twitter
Pinterest
WhatsApp
Previous articleWaste Age review: Can good design save the planet from
Next articleE.L. Pini on How His Military Experience Informs His Espionage-Infused