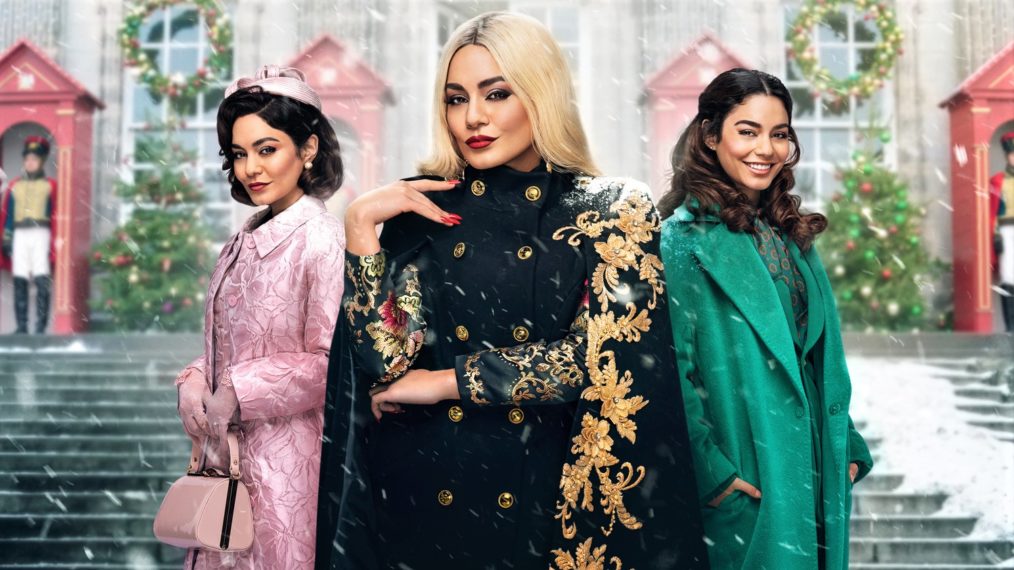 Looking for a way to get in the holiday spirit? Netflix is gifting viewers with plenty of festive films to choose from this season. Learn more about five new titles, below.

1. Father Christmas Is Back

’Tis the season for family infighting! Control freak Caroline Christmas (Nathalie Cox) invites her quirky sisters (played by Elizabeth Hurley, Talulah Riley, and Naomi Frederick) to her fabulous country manor for a peaceful holiday retreat. But when their estranged father (Kelsey Grammer) turns up with his much-younger girlfriend, they don’t see his presence as a present. Available now

2. A Castle for Christmas

Move over, Outlander! A new romance hits the Highlands when an author (Brooke Shields) heads to Scotland to buy a castle from a reluctant seller with royal roots (Cary Elwes). Thankfully, a seasonal celebration and the lush setting help melt the chilly pair’s hearts. “The landscape, the castles, the villages…they lend a fairy-tale feeling,” director Mary Lambert says. Available Friday, Nov. 26 3. Single All the Way

“I wanted to [make] the Christmas movie I’d never seen,” says writer Chad Hodge of this same-sex rom-com about bachelor Peter (Michael Urie) and the buddy (Philemon Chambers) he goads into pretending to be his beau during a trip home to see his family. Making the season brighter (and funnier) are Kathy Najimy as his meddling mom and White Lotus scene-stealer Jennifer Coolidge as a daffy aunt “who writes, directs, and stars in the town pageant,” teases Hodge. “So buckle up.” Available Thursday, Dec. 2

4. The Princess Switch 3: Romancing the Star

Deck the (castle) halls for the third installment of this holiday rom-com about royal look-alikes in the imaginary kingdom of Belgravia. Thieves make off with an artifact, so Queen Margaret and Princess Stacy ask for help from Margaret’s cheeky cousin, Fiona (all played by Vanessa Hudgens, top right), who once tried to steal the throne. She gets help from a mystery man, Peter Maxwell (Remy Hii), resulting in romance — and an unexpected switch! Available now