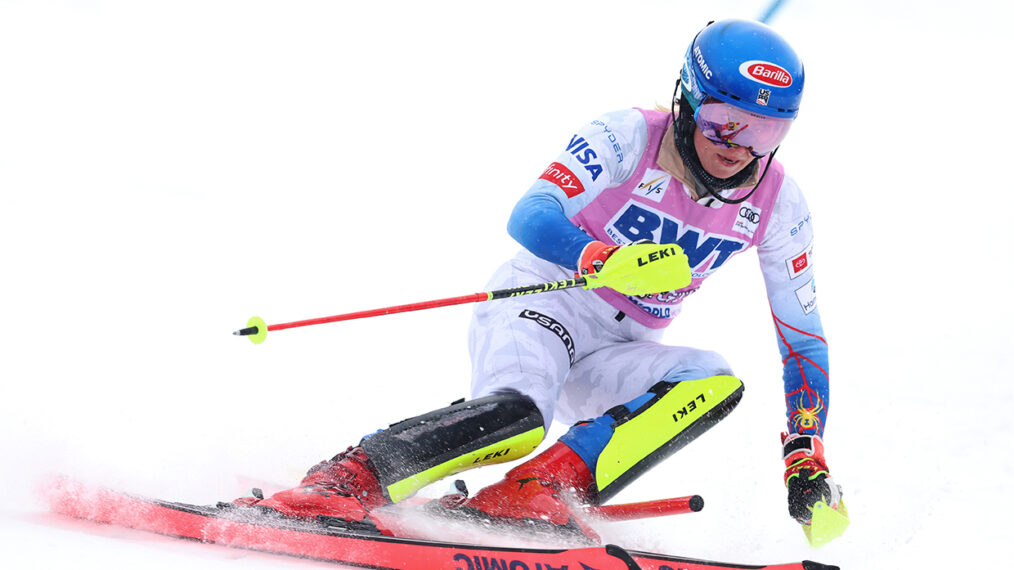 One gold-ruleguarantee of the 2022 Beijing Games is that fans at home will see new records and famous firsts emerge among the 109 events on the snow and ice.

“I think it’s true with all Olympic sports: Athletes are challenged to reimagine what the limits are,” says Mike Tirico, who will anchor his third straight Games. The same goes for the networks of NBC, which will broadcast and stream 3,000-plus hours of coverage over 19 days.

Here are five American stars who could finish atop the podium.

The Edwards, Colorado, native was only 18 when she became the youngest slalom champion in Olympic alpine skiing history at the 2014 Sochi Games. She added a giant slalom gold in 2018, and this time around, “She has the potential to be involved in five events where she could win medals,” says Tirico. That journey may be even more grueling than what Michael Phelps had to do to make swimming history. “The disciplines have such a specialty [aspect] to them,” Tirico says, referring to the great technical gulf between slaloming around gates, speeding down hills (and around fewer gates) in the super-G and rocketing at 80 mph in the downhill. Taking a break after losing her father last year, Shiffrin is back in fighting form. Says Tirico, “For many reasons, Mikaela will be an athlete America will easily root for.” The 2018 PyeongChang Games favorite earned only a bronze in the team event after choking in his short program in the men’s singles skate. Turning that failure around became a mission for the Salt Lake City athlete, who then won 14 straight international events. “That gives you a sense of his greatness,” says Tirico of Quad King Chen, now a three-time world champion. But will the pressure get to him again on the biggest stage? Either way, Tirico expects a better result, even in a crowded field that includes Japan’s two-time Olympic gold medalist Yuzuru Hanyu. “Nathan is certainly right there with the favorites to win gold,” he says, adding, “He’s probably the favorite.”

“The U.S. victory [in men’s curling] was a surprise in 2018,” says Tirico. Chisolm, Minnesota, curler Shuster—now set for his fifth Olympics—engineered that shock, which gave Team USA its first gold (and second medal ever) in six Games of competition. Shuster “brought a lot of attention to the sport,” Tirico adds, noting that having him back to slide those 40-pound granite stones “will be exciting.” With NHL players benched due to COVID, the men’s hockey competition will be without its biggest names. But for Tirico, the rivalry between the U.S. women—led by Palo Alto, California’s Knight—and Canada may be more impressive anyway. “It’s the best rivalry in winter sports,” he says, noting that the teams have split all six golds (Canada leads with four). Star and mentor Knight, 32, connects the younger and older generations of athletes. Says Tirico, “It’s an incredible legacy.”

A four-time world champion, the Douglas-ville, Georgia, bobsled pilot—who took up the sport after striking out on her Olympic softball dreams—earned silver in the two-woman contest in 2018 and will also race in the inaugural one-person “monobob” event. Among her top rivals: new teammate Kaillie Humphries, the former Canadian star just granted U.S. citizenship. “They both have an opportunity to win medals,” Tirico predicts.

The Netherlands’ Ireen Wüst, the first speed skater to win 11 Olympic medals, looks to repeat her gold in the 1,500 meters. Canada’s Mikaël Kingsbury,already the most decorated mogul skier ever,aims to defend his gold. Germany’s Francesco Friedrich,who piloted both his two-man and four-man bobsleds to 2018 gold, still dominates. Japan’s Sara Takanashi has four overall World Cup ski jumping titles, but with only one Olympic bronze, she’s due. Norway’s Johannes Thingnes Bø, a three-time overall World Cup biathlon champ, must add to his individual gold and relay silvers to ensure his place as an all-time great.

This is an excerpt from TV Guide Magazine’s 2022 Preview issue. For more inside scoop on what’s coming to TV and streaming in the new year, pick up the issue, on newsstands.