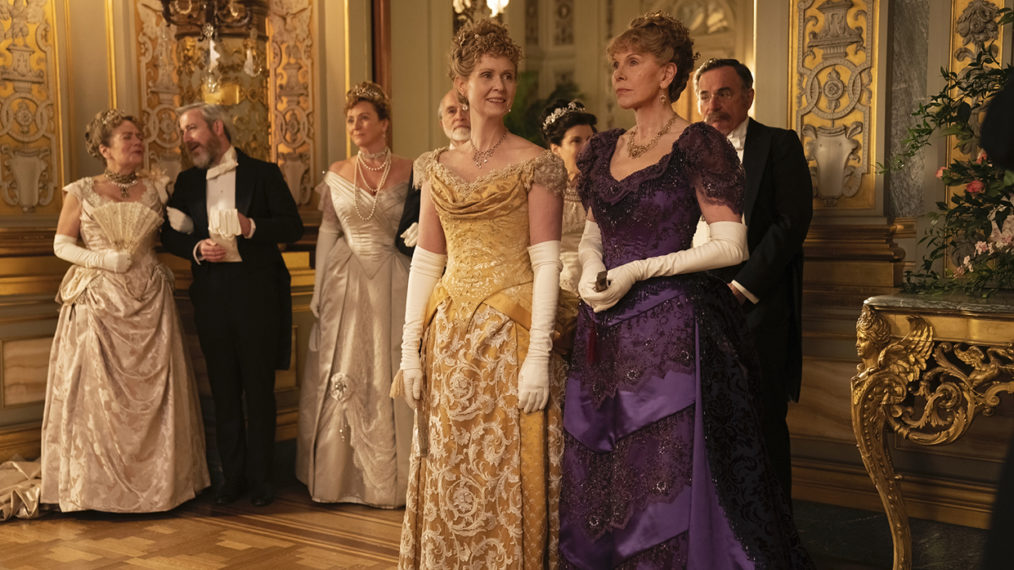 This is an excerpt from TV Guide Magazine’s 2022 Preview issue. For more inside scoop on what’s coming to TV and streaming in the new year, pick up the issue, on newsstands Thursday, January 13.

If you loved Downton Abbey creator Julian Fellowes’ sumptuous depiction of life for an aristocratic family and their servants in early-20th-century England, look no further than his 1880s New York twist on the concept for your next addiction. Welcome to…The Gilded Age. It’s like Downton in America — but more upstairs than downstairs!

The luscious historic drama is set in the post–Civil War era, when massive fortunes were made by industrial titans, some highly born, others self-made. (Nothing says “We’re in the money” like a glittering chandelier, which coincidentally features in the opening credits for both Downton and Gilded.) The new series focuses on several families of varying wealth and pedigree, including the well-established Brook–Van Rhijns and the absolutely rolling-in-dough Russells.

It’s a time to embrace change.

“We only receive the old people, not the new,” pronounces crusty widow Agnes van Rhijn (Christine Baranski). Think: an entitled (though untitled) figure à la Maggie Smith’s Dowager Countess who’s fighting, as Agnes says, “to hold back the tide of vulgarians that threaten to engulf us.” That peril would be her new Fifth Avenue neighbors, who built a house opulent enough to rival a French chateau. George Russell (Morgan Spector) may not have a posh lineage, but the ruthless railroad tycoon can ruin any competitor who dares to get in his way. Meanwhile, his wife, Bertha (Carrie Coon), “can only apply her capacities to social striving, charity work and making good marriages for her children,” Coon says. Though many in society ridicule Bertha’s attempts to gain access, the actress defends her: “Today, she might have been a politician or an entrepreneur in her own right.”

Fellowes agrees. “Agnes hates change because it is the old system that supports her pretensions. Bertha, a child of the new, sees doors opening — and she intends to go through them.”

The younger generation will test the status quo.

Agnes and her sister, sweet-natured spinster Ada Brook (Cynthia Nixon), take in their penniless niece Marian (Louisa Jacobson), who shocks them with her independent, questioning mind. Two men seem to fancy Marian — her late father’s earnest lawyer (Thomas Cocquerel) and the Russells’ son (Harry Richardson), a good-looking charmer — but the rules governing the era didn’t nurture romance. “There was no such thing as a date, and a young couple would not be permitted to be alone until they were engaged,” Fellowes notes.

Marian’s new friend Peggy Scott (Denée Benton) faces challenges due to her sex and her race: A bright, ambitious product of the Black middle class in Brooklyn, she hopes the world is new enough to accept her as a respected writer. Can the Gilded Age also boast enlightenment?