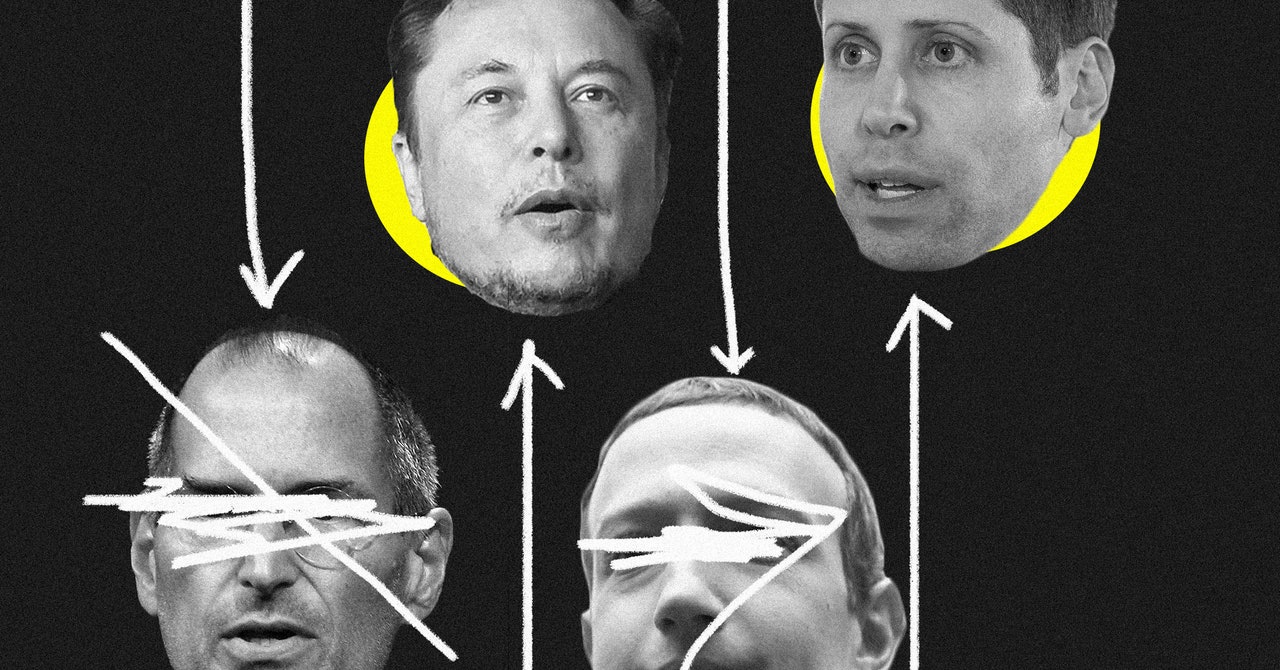 In middle school, Kenan Saleh saw the movie The Social Network, the dramatized account of the early days of Facebook. He decided, right then and there, that he would one day start a company of his own. “It was the first movie I’d seen that showed that you could be young and still be the most successful person in the room,” he says. “I definitely emulated Mark Zuckerberg in some ways.”

In true Zuckerbergian fashion, Saleh did start a company out of his dorm room at the University of Pennsylvania. He raised $500,000 as he crammed for finals and then sold the company to Lyft in 2019, the year he graduated. Along the way, Saleh realized he needed a new role model. He no longer wanted to be like Zuckerberg, who by then had become ensnared in a series of scandals. Plenty of people liked Steve Jobs, but Jobs was dead, and reading his biography was about as appealing as “reading a history book.” Larry Page, Sergey Brin, and Bill Gates were still alive, but their contributions to Silicon Valley already felt like ancient history. Saleh wanted a hero who was making history now.

Young people love to idolize their predecessors. Jobs was Silicon Valley’s idol of choice for decades, but to the next generation of startup founders, his legacy feels about as old as Web 1.0. Boy geniuses like Zuckerberg and Evan Spiegel, who became billionaires by the time they were 25, have fallen out of favor. So have tech oligarchs like Jeff Bezos. “We don’t look up to these fools,” says Marc Baghadjian, the 22-year-old founder of a dating startup. “Just because you’re a billionaire doesn’t mean you’re positively effecting change.”

Instead, both Baghadjian and Saleh now worship Elon Musk, whom they see as a billionaire on an ethical mission. “He’s shown that you can do the best thing for the world and reap the benefits at the same time,” says Saleh, who started watching videos of Musk while he was in college.

WIRED asked more than a dozen young startup founders between the ages of 15 and 30 who inspires them. More than half brought up Musk. Others mentioned techno-optimists like Sam Altman and Patrick Collison, who seem to believe that technology can solve the world’s biggest problems, or entrepreneur-philanthropists with lesser-known startups. None of them had read books about the history of Apple, Google, or Amazon; they said they were more inspired by forward-looking companies trying to solve the world’s biggest problems.

Olav Sorenson, who has taught entrepreneurship at UCLA and at Yale, says his students tend to admire people who have been “successful without selling out.” Some cite Seth Goldman—the founder of Honest Tea, who now chairs the board of Beyond Meat—as one source of inspiration because “he has focused his energy on investing in and supporting businesses with an ethical mission,” Sorenson says.

“This generation is looking at all of the issues and trying to say, ‘How can we start to be part of the solution to the problems that the older generation created for us?’” says Lori Rosenkopf, vice dean of entrepreneurship at the University of Pennsylvania’s Wharton School of Business. Rosenkopf says that in the last few years, she’s noticed a shift in the way students talk about entrepreneurship—not just as a career alternative to banking or consulting, but as a way to start ventures with “a much greater social perspective.”

For many young entrepreneurs, Musk is the prime example of this mindset. “Elon Musk is literally picking up the tab for the mistakes that other generations have made,” says Baghadjian, who read Ashlee Vance’s biography of Musk in high school and has considered him a hero ever since. Baghadjian says that while companies like Amazon and Apple have produced big innovations, Musk’s work with electric vehicles and solar energy was much more important.

Other young people were inspired by the trope of the startup founder who struggles on the way to success. One mentioned Musk sleeping on the floor in the Tesla headquarters, which they said showed grit. A few also mentioned the tale of Airbnb founder Brian Chesky, who maxed out his credit cards and subsisted on ramen noodles in the startup’s early days.