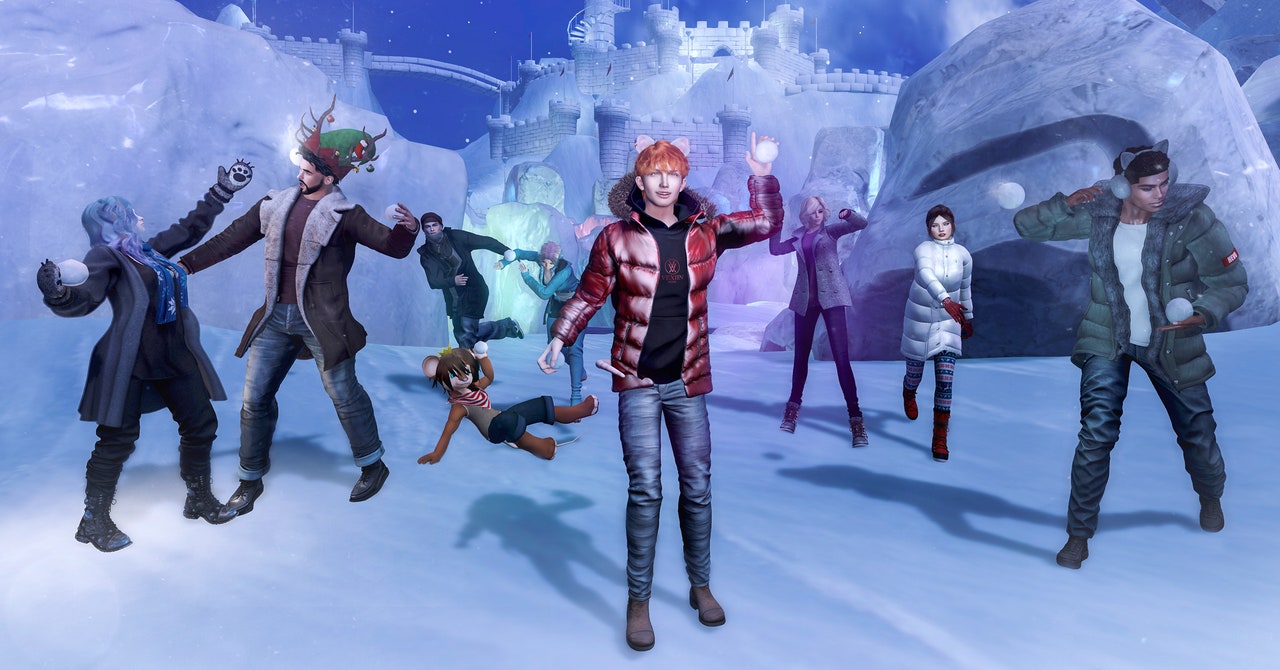 Video Games Already Do What the Metaverse Just Promises

Last month, The New York Times wrote about something that was hardly new or newsworthy: a wedding in the “metaverse.”

The bride wore a flower crown with a gray, buttoned skirt fit for a midtown office. The groom resembled Jeff Bezos. At the reception, there were guests and a stage and a photo slideshow. Everything was familiar, except the venue. Where were they? Turns out, the bride’s corporate attire wasn’t too out of place. Instead of a church or hall, their wedding took place in the “metaverse,” specifically an unknown, low-fi virtual world called Virbela, an outgrowth of realty company eXp World Holdings, which employs both halves of the couple.

Let’s be clear about one thing: There is no metaverse. At least not yet. No one really agrees on what a metaverse is, but averaging together the more credible definitions yields a persistent, social cyberspace that intersects with the IRL economy and integrates with other online platforms. Right now, nothing is doing this at any notable scale. Instead, we have a couple of well-attended virtual worlds like Second Life, a handful of popular massively multiplayer online role-playing games like World of Warcraft, and a lot of tech companies salivating over a new way to brand their sprawl of digital products and services. And, of course, there’s also Virbela and its kin of strange, underpopulated thingies snatched right out of a 2005 iteration of Internet Explorer.

There is definitional gristle, of course. Tech companies have discovered the benefits of characterizing a metaverse as a continuation of their own products or services. Meta, for example, has decided that virtual reality integration is important to a metaverse; and conveniently, its Horizon Worlds runs on the company’s Oculus Quest headset. Then there are the blockchain companies preaching the essentiality of their own coins to their own cyberspaces. Now, after almost a year of hype, it has become marginally easier to separate meat from metaverse fat. What we’re dealing with here is cyberspace—connected, incarnated, and economized. There’s still just one problem. Everything actually desirable about this metaverse resembles a pared-down version of the online games millions have been playing for decades.

It’s been 20 years since wedding bells first rang in Second Life. Game developer Square Enix included mechanics for sending out invitations, composing vows, and exchanging rings in 2002’s Final Fantasy XI. Outside of nuptials, online games already provide the most compelling functions associated with the “metaverse”—often, with greater graphic fidelity, more complex social systems, and at a significantly larger scale. As professional cyberspace architects and governors, it is game developers who have iterated on and mastered the two to three actually promising attributes of a metaverse, mostly revolving around socializing in virtual worlds.

Since 1996, players’ furry avatars have stood around cybering in MMORPG Furcadia’s 32-bit meadows. Yet here we are, more than two decades later, hearing tech executives preach about things digital catgirls were doing back then. It would be cute if it weren’t so unsettling to see those executives doing it with that same bravado. Mark Zuckerberg’s delirious pitch to build the future of work in Meta’s metaverse evokes early tech journalists’ breathless forecasting about how, in some brave new world to come, corporate culture would migrate onto Second Life. There we would be, they promised, floating our winged Sonic the Hedgehog avatars to each other’s cubicles to talk about the Dow Jones. School, too, would be uploaded, technologists believed. “Aaron Delwiche, an assistant professor at Trinity University in San Antonio,” reads one 2004 WIRED article, “often gathers students in his Games for the Web class in an unlikely classroom: the metaverse known as Second Life.”